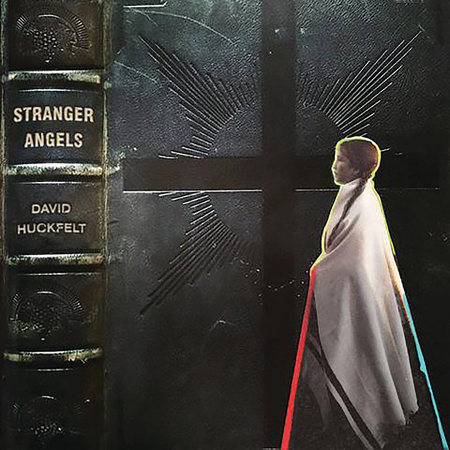 David Huckfelt took advantage of a break in touring with the Pines to become the artist-in-residence at Isle Royale National Park in Michigan. The writing he did in solitude there formed the basis for his first solo album, Stranger Angels.

The close proximity of nature during Huckfelt’s residency informs the record. The first single, and title track, was directly influenced by trail camera footage researchers Rolf and Candy Peterson captured in the park, showing nighttime activities of the creatures in the woods. Huckfelt writes in his bio that the song explores the idea of god or spirit being hidden under what we know or see, and it’s everywhere around us. When he saw the footage, which is also used in the video for the song, he thought, “stranger angels indeed.” On the track, he sings, “So gather everything you hold dear, and practice giving it away / There’s another world but it’s in this world. Stranger Angels know the way.”

Huckfelt’s familiar voice and writing and the overall dreaminess of the record recall the best of the Pines, and it isn’t much of a stretch to picture these songs on a record from them. That said, it doesn’t rely completely on the familiar atmospheric folk vibe of a Pines record.

Drummer JT Bates helped pull together the best of the Twin Cities and extended family to help bring these songs to tape. Folks like Amelia Meath of Sylvan Esso; Dave Simonett of Trampled By Turtles, who brought vocals; and everyone’s favorite sideman, Phil Cook (Hiss Golden Messenger, Charlie Parr, Justin Vernon) played organ on it. This band is not the Pines, and therefore has a different sound.

One standout track, “As Below, So Above,” has an honest-to-goodness groove to it. Huckfelt sings with a boiling-under intensity not heard from him before: “When the frequencies are set to lies / The apocalypse will be televised.” The dirty guitars from Erik Koskinen bring some much appreciated fire to the song. The public domain audio samples peppered through the song by Andrew Broder of Twin Cities band Fog bring some energy and drama as well.

As the current government shutdown drags on, it’s ironic that I’m reviewing an album that currently couldn’t have been created. The Artist-In-Residence program — which is intended to draw attention to the importance of our parks — is stalled, along with the National Parks Service’s ability to protect them. This little-known program provided the seeds for Stranger Angels, in addition to many other works which add to our art and culture. This album stands as a strong argument for focusing on getting the Parks Service back and working.

This article was originally published in Little Village issue 256.