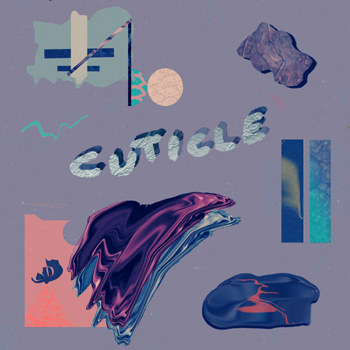 This release by Cuticle (aka Brendan O’Keefe) is notable in the first place because it will be released on Not Not Fun, a well-respected boutique label, known internationally for adventurous releases on vinyl and cassette. Mother Rhythm Earth Memory will be limited to 500 vinyl records; I hope the vinyl will be followed by a digital release on Bandcamp.com so people beside record collectors and vinyl-obsessed hipsters can hear it.

O’Keefe comes out of the Iowa City experimental-electronic scene that spawned Lwa and Rene Hell, but he’s soaked up just enough techno influence to spin his music into a more accessible realm, without becoming a slave to the demands of the dance floor. “Document Leak” for example bumps along in a minor-tinged echo chamber, with effect-drenched vocals reminiscent of the surreal mutterings of Lee Scratch Perry.

The bass on this record is immense. It’s easy enough for anyone to add a low sine wave to a track, but on these songs the bass becomes central to Cuticle’s submerged sound. The whole record sounds almost muffled at first because of its pronounced bass tilt, but it’s like relaxing into a warm bath when you compare it to the brittle, spiky edge that has become the standard for most contemporary music. The metronomic beat gives listeners something to anchor to while they’re buffeted by the potpourri of synthesizer improvisations. It sounds like O’Keefe structures his songs by exploratory tweaking rather than sticking to a rigid song grid, which makes for a more human take on machine music.