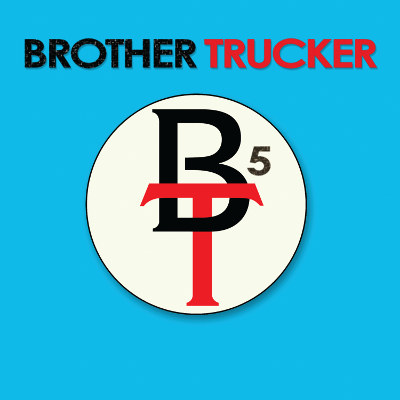 Des Moines band Brother Trucker is an honest-to-goodness Iowa institution. Since 2000, the band has toured extensively, bringing their roots rock and country to avid fans in bars throughout the Midwest. Their Iowa pedigree was established when they signed on as one of the original bands on Dave Zollo’s seminal Trailer Records, where they released three legendary albums before going the self-released route with their 2009 release The Flyover.

For the band’s latest album, 5, the group sticks to what it knows: guitar-driven country blues and rock backing lead vocalist Andy Fleming. But it’s Fleming’s songwriting that the band is most known for. Most of the songs in the Brother Trucker catalog capture regular lives — like Norman Rockwell paintings of Midwestern life viewed through the bottom of a beer bottle. “Happy,” the album opener, is a Wilco-esque song about the promise of the weekend: drinking beers with family and friends and racing in the streets. “Pointing at the red light, good night buddy meet my tail lights.”

“Night O My Life” is a driving rap over a Bo Diddley beat about a guy sweating it out in a bathroom before holding up a fast food joint. “I got a cold sweat sliding like a knife down my back / I’m in the employee bathroom in a pantyhose mask / Tonight will be the night I say ‘yeah you can deal me in.’”

Fleming told Ben Kieffer on IPR in 2015 that he gets his inspiration for songs from stories they hear from the audiences they play for. So, it’s a kind of storytelling feedback loop.

Drummer Jim Viner (from The Diplomats of Solid Sound) became a member around the time of the last album, and, possibly thanks to him, there are a couple songs on this record that have some extra swing to them. One of the tunes with the most groove is “Pretty Girls (Always Get Me Down).” With the harmonies and sax, it reminds me of JJ Gray and Mofro. I could listen to that on repeat.

Some of the songs on 5 have been played live for more than three years, so the recordings feel comfortable and road-worn — like your favorite jeans. Brother Trucker is like that: familiar, worn in the right spots and your go-to for a good time.

This article was originally published in Little Village issue 257.