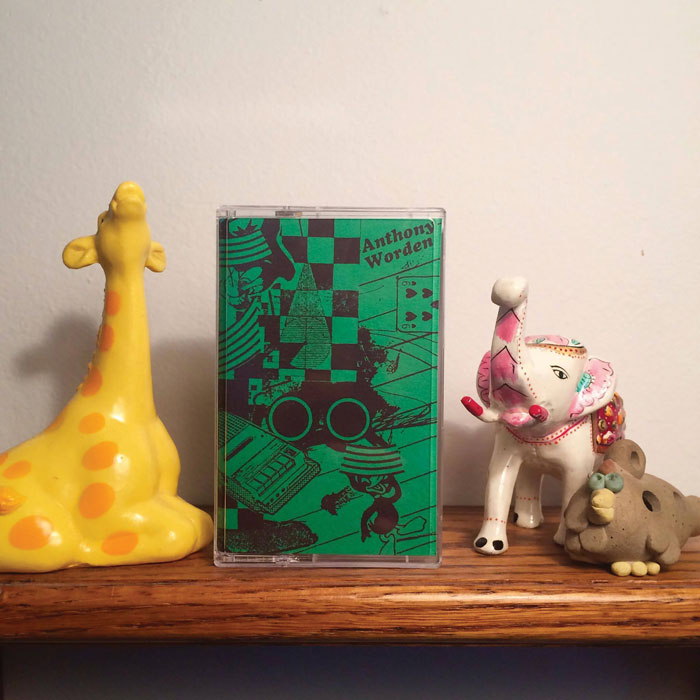 When I saw Anthony — aka A.J. Worden, formerly of Bull Black Nova — perform at The Mill recently, I was struck by how he sometimes sounds a little like Lou Reed. With Reed, you always hear the limitations of his voice. Worden is an actual singer, who confidently hits and holds pitch, but, like nearly everyone else in the American rock scene for the last year, his songs and delivery can’t help but be colored by the influence of Lou Reed.

This is refreshing, actually. Rock musicians have to choose between Lou Reed or the Beatles as their pole star. Nothing against the Beatles (or Guided by Voices, or The Replacements, or Cheap Trick, or …), but going down Lou’s twisted path is more artistically rigorous. Beatles-esque music seeks to entertain and ingratiate. Reed’s disciples aren’t afraid of the dark.

On “Who’s Who,” particularly, Worden talk-sings with deadpan weariness. “A question about my identity/Why you gotta know?,” he intones. The instrumental arrangement contrasts with Worden’s offhanded delivery; Brendan Spengler’s piano ostinato and Liz Moen’s cooed backing vocals remind me of T. Rex’s “Bang A Gong.” The song breaks down to jangly acoustic guitar one time and to sustained feedback another, but hangs together as a single thing. A lot of sonic territory is covered without ever seeming scattered.

“That’s All” is enveloped in clouds of sustained synth chords, and Worden chooses a prettier, almost crooning tone. The lyric is bleak and oblique: “When you wake up feeling just the same/Nothing’s different because from last night nothing’s changed.” It could be about lost love, but very little is given away; the chorus just repeats, “That’s all.” The music carries the emotional freight of the track; the melody is heartbreaking when the words say nearly nothing.

“The Style It Takes” seems to encapsulate the Iowa City music scene: “We got the style it takes/But there is no money to make.” “Vice” seems to be a tale of love and lust from an unreliable narrator, saying “I have no troubles anymore” but also “I haven’t slept in three days.”

Even though this release is named “Demos,” there’s nothing makeshift or tentative about it. Worden’s songs and lyrics are never complicated but there’s some shadow and mystery in the corners.