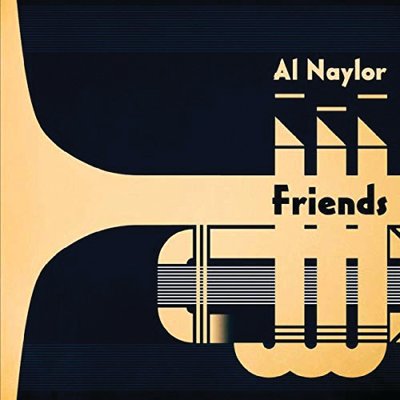 It’s impossible to consider Al Naylor’s album Friends without addressing the underlying fact behind its creation. Naylor — nothing short of a legend in the region’s jazz community as both an educator and a player — has been diagnosed with a health condition that will soon force his early retirement from performing. In the face of the news, many of Naylor’s titular friends came together to create an album that highlights the trumpeter’s chops, which are still in top form.

As an educator, Naylor spent nearly three decades building the Linn-Mar High School music program into a jazz powerhouse. He went on to teach trumpet at Coe College. At the same time, he was making music with many of the area’s best and most popular outfits, including his own I-380 Express, Bob Dorr and the Blue Band, the Rod Pierson Big Band, the CR Jazz Big Band, the Moe Band and Orquesta Alto Maiz, among other ensembles large and small.

The record features 13 cuts performed by a variety of lineups made up of 29 musicians who have played for or with Naylor (or both) over the course of his long career. Pianists, for example, include Steve Shanley (a former student of Naylor’s and eventually his peer at Coe College, who penned a moving tribute in the liner notes) and Bob Washut. Eric Thompson, Tim Crumley, Jim Dreier (a long-time UI jazz faculty member whose composition “Nubbs (For Al)” is one of the record’s bright spots), John Rohlf, Dave Tiede and Christopher Jensen take turns on the drums.

Various horn players, bassists, guitarists and percussionists, as well as the great Bob Dorr on harmonica, can be heard playing with Naylor over the course of the record. These multiple, shifting voices imbue Friends with energy — an energy one suspects is also underpinned by the strong relationships among the musicians and the inherent urgency of the project. All of these artists donated their time and musicianship, adding to the sense that this is an album of music made by true friends.

For me, Naylor’s own compositions on the record — “Cruisin’ for Home,” “Groove in the First Degree,” “It’s Da Blues” — are particularly engaging cuts because they give him the opportunity to speak, as it were, in his own voice. For a project created under these circumstances, these three numbers are, it seems to me, essential statements of identity.

Friends is a strong record on its own, but it is also an excellent companion to Naylor’s Legacy album, released in 2011. That recording featured the long-serving teacher playing with a strong selection of his former students. Taken together, the two recordings are a testament to an extraordinary life in music that has enriched the lives of fans and musicians locally — and well beyond — in significant and lasting ways.