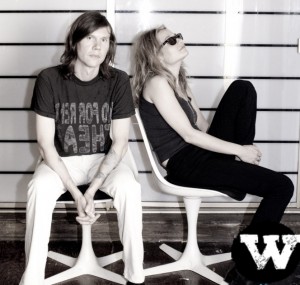 Happy solstice, everyone. As of yesterday, summer has officially begun, and boy, was it a hot one. Know what else is hot? The events lined up for this weekend! We’d better just get started…

Everyday/Everynight released their first album, Moon Phases in 2009 and received considerable praise for it’s “lush and introspective” indie rock. After touring and subsequently releasing Etc. in 2011, Kansas City webzine, The Pitch nominated them for “Best Emerging Act.” Having been compared to Cursive and Explosions in the Sky, Everyday/Everynight are five young dudes that appear to be on the right track. Local favorites, Slip Silo and Minneapolis band, Melismatics open.


Everyday/Everynight from Zac Eubank on Vimeo.

This event is just as the title says. From the Englert’s website:

Hey Whiskey Lovers! Join your host Peter Balestrieri (former sax player for The Violent Femmes and local legend) for an evening of rye whiskey sampling on The Englert Theatre stage. Enter speakeasy style at the Englert alley (on Linn Street between Eble Music and Iowa City Public Library) and party on the stage with Peter and area experts on rye. Moving from station to station, your $25 ticket will get you 4 samples including Templeton Rye, (ri)1, Russell’s Reserve Rye, and Bulleit Rye Whiskey. With more drinks available at a cash bar, lounge about sampling and mingling. Peter will perform a speakeasy style saxophone concert at 9:30 helping us all to get in the prohibition era mood. Sponsor John’s Grocery will give each participant their very own John’s Grocery rocks glass to take home and for sampling. Food and whiskey pairings will be provided by Devotay.

Redgrave is a raging two piece rock band from Chicago. Front lady and songwriter, Angie Mead began writing songs in late 2010 and sent her demos to fellow Chicago musician (drummer), Stephen Howard. These demos were originally recorded as videos on an old iPod Nano. Some of the songs were put out in a more polished format with the release of their self titled 7″ debut and their full length, National Act which came out just two weeks ago. Tim Rutili (Califone, Red Red Meat) joined Mead and Howard in the studio and provided guitar on their track, “Gone to Wither.” The Chicago Reader describes Redgrave as, ““A scorching new [Chicago] band … they play howling hard rock with undercurrents of doom and blues.” Local legends, David Zollo & the Body Electric open.

Saturday at Gabe’s is essentially a four band Iowa City punk showcase. I don’t know much about Wax Cannon aside from the fact that they released an amazing two disc CD in December of 2005 (currently going on Amazon for nearly $40). Local bass-driven metal duo, Acoustic Guillotine will join them along with Iowa City staple, Sam Locke Ward and Ginseng. Below is a video of Acoustic Guillotine.

Have a super weekend!