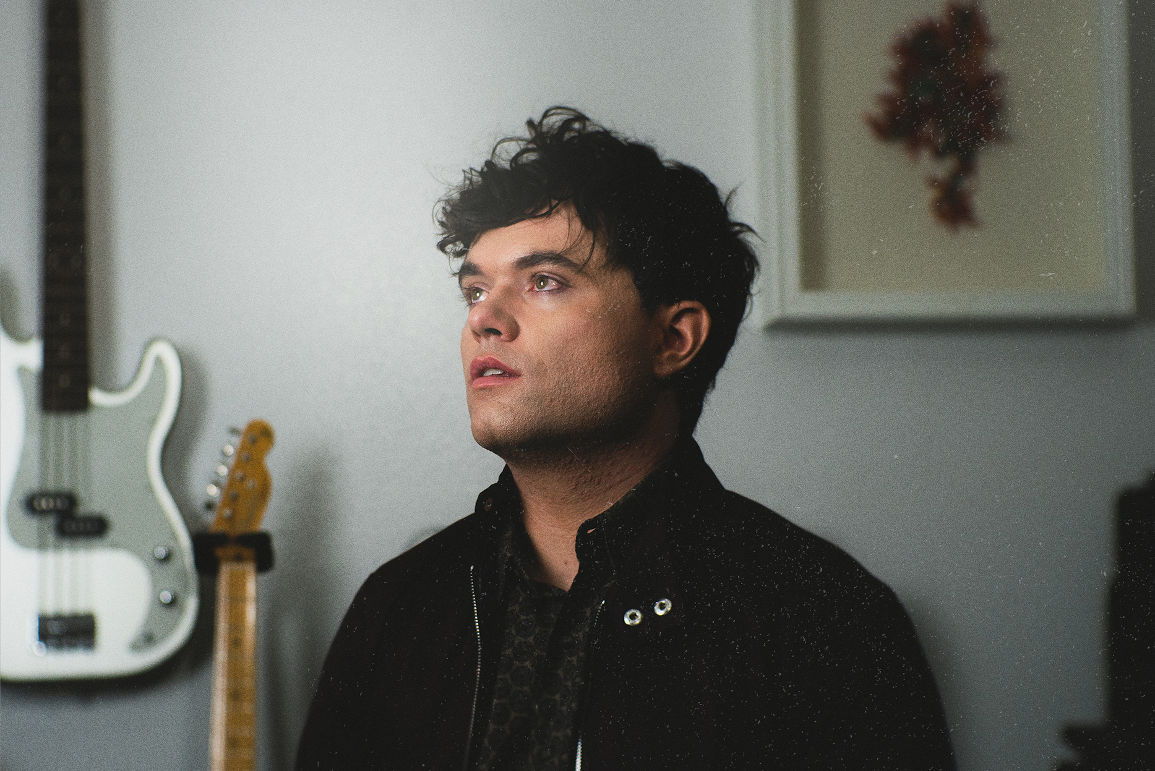 Iowa City experimental pop maven Anthony Worden is concerned about the lack of concern for COVID-19 conditions in eastern Iowa.

“I understand that people need to be out there and continue with a semblance of life but to disregard the seriousness of this thing is a little reprehensible in my opinion,” he said in an email.

So, he decided to address the issue. Little Village is pleased to premiere the video for Worden’s cover of the Beach Boys’ “‘Til I Die,” an aching and appropriately titled tune well suited both to his fretful melancholy and the careful, gratifying tonality of his voice.

“This video was done partly in jest and partly to illustrate how many people are not concerned with the seriousness of the coronavirus being rampant in Iowa and in our smaller community,” he wrote.

In it, videographer Pat O’Connor follows two grim reapers around various Iowa City and Cedar Rapids locales, lingering on shots of a crowd walking down Clinton Street or a pointed metaphor of the two Deaths in front of a sign reading Heathcare in the downtown Target. It makes you cringe in all the ways Worden wants you to as it questions our comfort level with this semblance of normalcy we’ve created (even as the state continues to post record daily numbers and positivity rates).

Although the tune was recorded with Avery Mossman and mixed and mastered by Capel Howorth, both members of Worden’s band, the Illiterati, “I wouldn’t call this a band song,” Worden wrote. “It’s the first song I’ve put out that has been put together DIY, and I am really happy with it because it sounds just as good if not better than anything on my records.”

The choice of “‘Til I Die” hits on multiple levels. It’s no surprise, of course, that Worden — who Little Village reviewer Paul Osgerby noted “has a very analytical approach to songwriting, calculated even” and whose writing, LV reviewer Kent Williams said, is “never complicated but there’s some shadow and mystery in the corners” — would describe himself as “a huge Beach Boys fan and a huge Brian Wilson fan.”

“This song,” he said of the track, “was written when Brian was a lost person and I think it shows in a beautifully sad and wandering song.”

But it’s also significant, Worden pointed out, that original Beach Boys member Mike Love has not only been touring despite the pandemic, but also campaigning for Donald Trump — something Wilson has disavowed.

“I’ve known a few people who have lost loved ones to [COVID-19]. I don’t think I’ve had it, but who’s to say,” Worden wrote. “About every couple days if I get a sore throat or a headache I think I have it, and that triggers a whole anxiety response. … I have my bubble of friends I hang out with — a few friends to make music with and my partner — but besides that I don’t see many people and I don’t go out.”

This video seems perfect for inspiring others to engage in similarly cautious behavior.