“Pete offers a new kind of leadership that we desperately need –– he’s a midwestern mayor, a veteran, and is from a new generation,” Loebsack said in a written statement issued by the Buttigieg campaign. Continue reading…

Sen. Cory Booker drops out of the presidential race

Sen. Cory Booker announced on Monday he’s dropping out of the 2020 presidential race.

“Our campaign has reached the point where we need more money to scale up and continue building a campaign that can win — money we don’t have, and money that is harder to raise because I won’t be on the next debate stage and because the urgent business of impeachment will rightly be keeping me in Washington,” the New Jersey Democrat told his supporters in a message posted on Medium. Continue reading…

‘Going to the moon was a small change compared to what we have to do now’: Bernie Sanders, Rashida Tlaib and Ro Khanna rally in Iowa City

Probably the most surprising thing about Bernie Sanders’ rally in the Graduate’s Wayne Ballroom Sunday afternoon was what wasn’t said. None of the speakers — not Sanders, not Rep. Ro Khanna, Rep. Rashida Tlaib or Varshini Prakash — mentioned that the Vermont senator had risen to first place in the Iowa Poll that was released less than 48 hours earlier. The Iowa Poll, conducted by Des Moines-based Selzer & Co., has provided the most accurate results of any opinion survey in the last several election cycles. Continue reading…

Several years before being “born” onto the “Wall of Babes” at Studio Vitality dance school in Cedar Rapids, the nouveau-vaudevillian soon to be known as Dolores Sparkles was a New Jersey medievalist who followed a series of family tragedies to Iowa and stuck around as they continued to compound.

“I picked up a ukulele to help me cope,” she told me in an email, “and immediately started writing some storytelling songs and songs dealing with/making light of some spiritual beliefs I was trying to work through.” Continue reading…

The city-owned Cedar Rapids Ice Arena is now officially ImOn Ice. The Cedar Rapids City Council approved a naming rights agreement at its Jan. 14 meeting under which the city will receive $500,000 from ImOn Communications over the next five years.

Under the agreement, which was made public Jan. 13, the local telecommunications provider has the exclusive right to name the arena and the right to advertise and promote it. ImOn is also the “official internet, phone and cable TV provider” of the ice arena, as part of the agreement. Continue reading…

Gov. Kim Reynolds calls for an anti-abortion amendment to the Iowa Constitution

Gov. Kim Reynolds called for adding an anti-abortion amendment to the Iowa Constitution in her Condition of the State speech on Tuesday.

“As we begin 2020, I’m focused on the overall wellness of all Iowans, in every part of the State, in all stages of life,” the governor said early in her speech.

“And when I say all stages of life, I mean to include the unborn. We must protect life by making clear, through an amendment, that our constitution does not grant a right to an abortion. It’s time, and unfortunately it’s necessary.” Continue reading…

The constant thump of bass-y kick drums pummels the walls through the ceiling of Gabe’s in downtown Iowa City. It grows louder as you walk up the stairs. The high-end of the tunes come through; you can see traces of the lights. Once upstairs, you head toward the sounds. Hazy synthesizer pads, acid squelches, rolling bass-lines and a cornucopia of sci-fi sounds all intermingle as you approach the dance floor. Wallflowers line the room; a few dancers sway to the swinging rhythms. Abstract psychedelic visuals wash over Angelia Mahaney and Nina Kintsurashvili as they stand behind their laptops, mixing together a soulful, futuristic soundtrack for the latest night of their Femme Decks electronic music series. Continue reading…

Why is Iowa first? The question is ubiquitous during the presidential election season, and was the subject of a segment on Wednesday night’s episode of The Daily Show with Trevor Noah. In that nearly six-minute segment, Daily Show correspondent Jordan Klepper dons a winter coat and heads to Des Moines and the surrounding cities to conduct a series of on-the-street (and in-a-brewery) interviews with Iowans.

After asking several people how their state earned its first-in-the-nation status, and getting a range of noncommittal answers — “I don’t know.” “Because we’ve always been, maybe?” “It is what it is, man.” — Keppler sits down for a more focused interview with Lyz Lenz, a columnist for the Cedar Rapids Gazette. Continue reading…

For the past couple of months, Chance Kirchhof — the affable co-owner of Iowa City’s game shop, Critical Hit — has been amassing a collection of cabinets, with the help of collecting and repair hobbyist Kevin Shannon. Their goal is to create an authentic experience in the back hallway of the shop, which has expanded comfortably into its larger space downtown. It’s getting a full makeover, complete with a mural by artist and staff member Candace Weigand and period-appropriate lighting for a “very ’80s arcade,” Kirchhof said. Continue reading…

The Tin Woman, by Sean Grennan, opened at Giving Tree Theater in Marion during the icy rain last Friday, but the atmosphere in the theater was anything but cold. The Tin Woman tells the story of Jack and Joy — the former, an organ donor; the latter, the recipient of his heart. This six-person cast tells a beautiful story of how lives intersect and how the universe can conspire to bring every person the kind of comfort and closure they need.

Going into the show, I knew the premise, and I was frankly expecting a cheesy script. Nothing could have been more incorrect. Continue reading…

With Iowa City Pride Week still five months away, the community could use a dose of charisma, uniqueness, nerve and talent.

Iowa City Pride will host its annual Mr. and Miss Iowa City competition at Studio 13 on Sunday, inviting drag queens and kings to compete for the titular titles, which come with prizes and the opportunity to perform at the 50th Iowa City Pride Festival in June. The contest includes four categories: an interview, an onstage question, pride wear and talent. Continue reading…

From volunteering opportunities to a movie screening to educational lectures throughout the day, this year’s Martin Luther King Jr. Day — Monday, Jan. 20 — will feature a number of events in Iowa City, Cedar Rapids and Coralville. Continue reading… 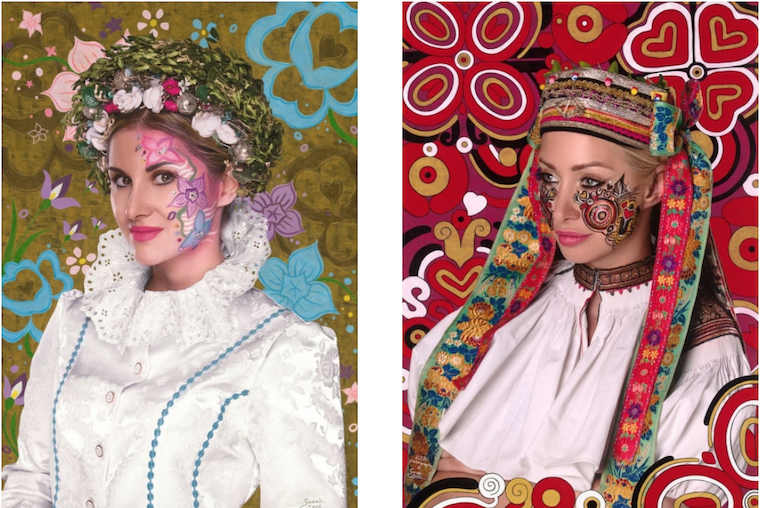 A new art exhibit opening this weekend at the National Czech and Slovak Museum and Library (NCSML) brings a traditional piece of Slovak party wear into 2020.

The exhibit Party in the 21st Century features photos and paintings of the nearly extinct Slovak parta, an elaborate headband that girls often wore during big church feasts, or brides wore on their wedding day. (The plural of parta is party, which is pronounced the same way as the English word for celebration.) Continue reading…

I have always subscribed to the philosophy that theater has a responsibility to use the tools at its disposal to expose hypocrisy, contextualize truths and show people who they really are. There is no better way fiction has achieved this goal than with stories that include magic or the supernatural. People are just more honest when they’re making things up.

Conor McPherson answers that charge by injecting a bit of the uncanny into the very real and, in doing so, dissecting human nature. The Seafarer tells the tale of four aging alcoholics who come together to play cards at Christmas. Continue reading… 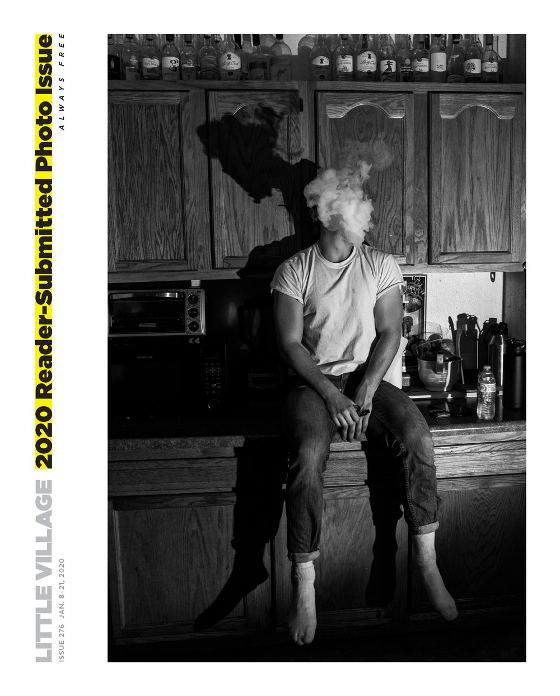