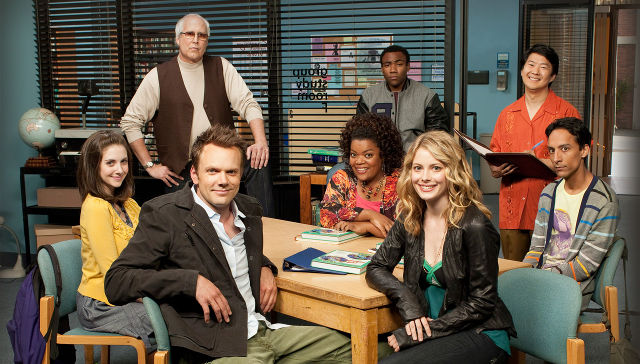 For better or worse, television teaches us a lot about the world. Frequent watchers of the CSI franchise learn that DNA evidence is infallible. Those who watch the local nightly news understand the world around them to be comprised mostly of lurking criminals, and believe their chances of falling victim to violent crime are much higher than the statistical reality. These examples, of course, do not bode well for television being considered a reliable instructor, but sometimes television can teach us important things. Or not so important things.

When I was in fourth grade I actually won a class geography bee because I watched an episode of The Simpsons the previous night, specifically “The City of New York vs. Homer Simpson” (Sept. 21, 1997). My classmates and I were asked, “Which boroughs of New York are on separate islands?” Staten Island, duh, give away! But what was the other? WHAT WAS THE OTHER?!  Images of Homer Simpson attempting to drive his car with a wheel clamp popped into my head, as did the Simpson family touring what I would later learn to be an extremely accurate replication of the borough of Manhattan. I really had no idea the right answer at the time, but I decided that no one could ever be a loser if they reference The Simpsons.

Shows have taught me a lot of important lessons over the years. In honor of another school-year that will undoubtedly be full of learning both important and not-so-important things, here are a few lessons learned from TV about the nature of higher education:

Of course, it isn’t possible to depict classes in real time, but college kids in the TV universe barely spend any time in the classroom.  Saved By The Bell: The College Years, Buffy the Vampire Slayer and Boy Meets World are all guilty of showing characters entering classrooms only for bells to go off a few minutes later signalling the end of learning. Also, I’ve never been to a college with bells or hallway lockers that don’t cost money to rent, have you?

Everyone can find a place or clique in college, whether you are a private investigator à la Nancy Drew (Veronica Mars), a cranky millionaire who just needs something to do (Community) or the type of person that has a desire to live in a frat house 40 years after doing too many drugs (Glory Daze). Campuses and college towns are places for political protest, activism, pillow forts, paintball tournaments that shut down entire buildings and strange hazing rituals that require running the length of a football field with an oreo cookie wedged between your buttchecks (Blue Mountain State). Although, this lesson is probably somewhat accurate, as Iowa City itself, thankfully, is pretty fucking weird.

Lesson 3: Professors and Teaching Assistants regularly date or have sex with their students.

From Ross Geller on Friends to Professor Shales on Fresh Meat and Max Bickford on The Education of Max Bickford, this is a pretty common trope that makes the practice seem far more likely of happening than it actually is. But TV also teaches us that these trysts never work out too well. Elena Tyler on Felicity becomes increasingly paranoid about how she is earning her high marks and eventually learns she is only one of many women seduced by her science professor. On Gilmore Girls, Paris Geller’s older academic love ultimately dies of a heart-attack. Julie Taylor of Friday Night Lights is even forced out of school after being physically assaulted for sleeping with her already-attached TA. I could list several more examples of this happening, and all of them involve younger, female students and older, male instructors. If this lesson must continue, at the very least, I’d like to see lady instructors get some action, too.

Gone are the days of not being able to afford anything to eat but ramen. The O.C. and Gossip Girl teach us that skyrocketing tuition and fees are no excuse for not having trendy clothes, expensive highlights and a swanky apartment. And if you do find the dollars in your bank account dwindling, your minimum-wage job at a local coffee shop should easily be able to pay your tuition, fees and living expenses, even if you’re going to school in Manhattan (Felicity). Of course, some shows do try to create a more realistic portrayal of the financial status of college students. Malcolm of Malcolm in the Middle works as a custodian to help pay tuition when he starts going to school at Harvard, and even privileged Rory Gilmore on Gilmore Girls is shown swiping cards in a Yale cafeteria to make some extra dough.

Lesson 5: Your roommate will cast spells on you.

This one is probably the most true, so be careful (Sabrina, The Teenage Witch).

All television representations are pretty much funhouse mirror versions of reality; they contain elements of truth, but are ultimately distorted in often-hilarious ways. We don’t need to look any further than shows about high school with their 30-something high school students (Beverly Hills, 90210, Dawson’s Creek) to know this to be true.

Melissa Zimdars is about to start her 10th year as a college student, and will soon begin construction of her pillow fort in the Becker Communication Studies Building.