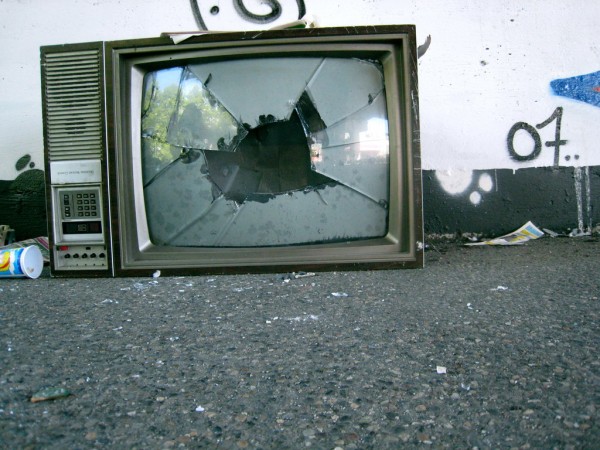 With the fall in full effect, TV watchers are moving toward mid-season, the time when some shows get their walking papers while others get a vote of confidence. This serves as an excellent time to check in with the old television box and see what shows, new and returning, have risen to the top of the heap.

Starting with returning shows, the show that shocked me the most last season was “Revenge.” Back for a second round on ABC, the show’s protagonist Emily Thorn (Emily VanCamp) is still unleashing her plan to avenge her father’s disgrace. While the current season lacks some of the visceral potency of the first season, it still has the best villain on television, Victoria Grayson (Madeleine Stowe), and now she has an equal adversary in Kara Clarke (Jennifer Jason Leigh). The show has settled into a nice rhythm, and with the recent re-appearance of crime writer Mason Treadwell (Roger Bart), things are only going to get more intense.

Speaking of intensity, the writers of FX’s “American Horror Story”—which takes place in a Catholic sanitarium in Massachusetts—excel by looking at every situation and asking themselves how they can make it batshit crazy. Though some of the story lines in this season are reasonably compelling—like the character that is accused of murder even though he was kidnapped by aliens—those are really just a hanger upon which to put all of the crazy. It’s a weekly festival of campy horror, violence and sleaze, making it a pure joy to watch.

Moving into new shows, there are few of note. In terms of comedy, “The Mindy Project” and “Go On” have stood out. Although it airs after the somewhat spazzy “New Girl” on Fox, Mindy Kaling’s solo outing has a markedly different tone. Mindy Lahiri (Kaling) and her fellow employees have a much more polite, romantic comedic-style banter, creating an emotional core that is lacking in many other sitcoms. Still, the show hasn’t quite gelled together yet. The show hasn’t quite found its voice, but all of the parts are there and they seem to come together a bit more with each passing week.

Meanwhile, NBC’s “Go On” has already established itself. The centerpiece of this show is Ryan King, a loudmouth sports radio DJ played masterfully by Matthew Perry, who is forced to attend grief counseling following the death of his wife. The actual stars of the show are the other members of the group. Favorites are the utterly bizarre Mr. K (Brett Gelman) and the lesbian widow Anne (Julie White), both of whom consistently deliver the best one-liners. “Go On” is successful because it is at the same time smart, emotional and plainly amusing.  Will it be a classic? I can’t say, but I do want more seasons.

Among new dramas, ABC’s “Nashville”—a show that, I believe, is poised to take over the title of the nighttime soap with its political battling, lavish wealth and romantic love triangles—is the best. The stars of the show are the leading women, Connie Britton and Hayden Panettiere, who are country stars on different ends of their careers. They breathe life into the characters and are magnetic whenever they are on screen. If you only watch one show from this list, make it this one.

The other two quality dramas are “Last Resort” and “Chicago Fire.” One or both of these shows might not exist in a few months, but that will be tragic—they are both fantastic.

ABC’s “Last Resort” is a political thriller starring Andre Braugher and Scott Speedman as the leaders of a submarine that is embroiled in a U.S. Government-run conspiracy. The storyline seems simple, but every week the depths of the conspiracy get deeper and deeper.

NBC’s “Chicago Fire” is about a company of firefighters and paramedics in Chicago. Character development is, predictably, pushed forward by the ethical struggles of being a firefighter. But as the main characters deal with the sadness and joy of the job, viewers are treated to a finely tuned serial drama, second only to “Nashville” which it airs opposite of on Wednesday nights.

A.C. Hawley currently has 35 shows in his DVR, 3 of which are “” franchises. He’s pretty confident that “Last Resort” will be the only canceled show out of this group.