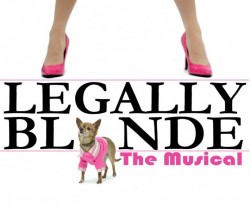 Legally Blonde: The Musical
For fans of the 2001 comedy Legally Blonde that can’t be satisfied by merely watching it on cable practically every day, the only remedy is to “bend and snap” their way to see Theatre Cedar Rapids’ production of Legally Blonde: The Musical. This live version incorporates songs into the story of how sorority girl Elle Woods tries to win back her ex-boyfriend by attending Harvard Law School. Along the way she finds a purpose in life, makes new friends and proves that an encyclopedic knowledge of hair care products might come in handy someday. The show runs March 1-23. Tickets are available online at theatrecr.org. Just sit back, relax and try not to think about how Elle from the original movie is almost ready to celebrate her 10-year law school reunion.

A Dream Play
Swedish playwright August Strindberg was best known for using his literary genius, varied influences and psychosis to write plays that influenced avant-garde artists for generations to come. The University Theatre will be staging one of his best known plays, A Dream Play, in which the daughter of an Indian god comes to earth to learn about the human experience. Strindberg’s heavy use of symbolism in this play was an early influence on surrealism, an artistic movement that attempted to recreate the nonlinear and impermanent nature of dreams. The play is directed by David Hanzal and is showing from March 7-16 as part of the University Theatre’s Mainstage Series. For more information about showtimes and tickets, visit the Hancher Auditorium website at hancher.uiowa.edu.

The Vagina Monologues
The theme for Dreamwell Theatre’s 2012-2013 season is “Ova-tion! A Season of Women’s Words.” Is there any play that most exemplifies that idea than The Vagina Monologues? Created by Eve Ensler, the play (which can be more accurately described as a movement) is now in its 15th year. Director Adeara-Jean Maurice leads a cast of 16 women in the second of two Iowa City productions this year. Be aware that if you’ve seen one performance of The Vagina Monologues, you haven’t seen them all. This year’s performance includes a new monologue by Ensler inspired by the recent attention to gang rapes in India. The play will have performances on March 15 and 16. Visit the production’s Facebook page for more information … and artistic renderings of vaginas drawn by the cast.

The Royal Family
If you are in the mood for something more “family friendly,” look no further than George S. Kaufman and Edna Ferber’s classic comedy, The Royal Family. A thinly-veiled parody of the Barrymore family, the play concerns three generations of an acting family as they fight to maintain their reputations. The play’s Broadway premiere in 1927 received harsh criticism from Ethel Barrymore herself. Hopefully, the ICCT production directed by Krista Neumann will be left unscathed. The play will be showing March 8-10 and 15-17 at ICCT’s performance space at the Johnson County Fairgrounds. For ticket information, go to iowacitycommunitytheatre.com. 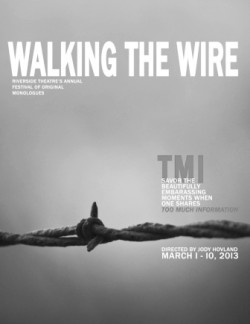 Walking the Wire: Too Much Information
Riverside Theatre’s annual monologue festival, Walking the Wire, features original monologues by writers from around the country that are directed by Jody Hovland and performed by professional actors. This year, writers were to send in pieces based on the theme of “too much information.” Some were inspired by hilarious embarrassing moments, others of a more serious inner torment. With 11 monologues total, audience members are guaranteed to identify with a variety of perspectives. The festival runs March 1-3 and 7-10 at the Riverside Theatre on Gilbert Street. To order tickets, visit the box office during weekday afternoons or go to riversidetheatre.org to access the online box office. 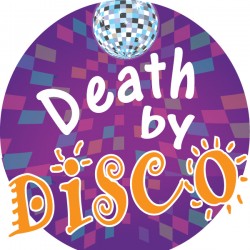 Death by Disco
Sometimes, theatre does not feel complete unless it involves mashed potatoes, platform shoes … and murder? The Old Creamery Theatre Company is performing a 1970’s themed murder mystery, Death by Disco, as a dinner theatre show at the Ox Yoke Inn in Amana. The show runs through March 16. For tickets, call the Inn at 1-800-233-3441 weekdays between 9 a.m. and 4 p.m. Tickets are $45 per person, which includes dinner, tax and gratuity.

Jorie Slodki earned her MA in Theatre Research from University of Wisconsin, Madison, and has past experience in acting, directing and playwriting.