At the end of every spring semester, The University of Iowa Theatre department brings us its annual New Play Festival. Composed of several new works written and directed by MFA students. Since the first NPF more than twenty years ago, the festival has been dedicated to bringing new works to the public within a short amount of time via productions that encompass the entire department. Here’s a rundown of this year’s productions:

All That Shines
Directed by: Matt Hawkins
Written by: Basil Kreimendahl
Tues. May 1, 5:30 p.m. and 9:00 p.m
David Thayer Theatre
All that Shines follows Houston, a man forced from the city who is forced to live with a group of squatters staying in an abandoned house. With the threat of the city quickly approaching, the group is soon faced with a series of difficult decisions dealing with ideas of survival, euthanasia and industrialization.

The Man in the Sukkah
Directed by: Nathan Halvorson
Written by: Deborah Yarchun
Wed. May 2, 5:30 p.m. and 9:00 p.m.
Theater B
A supernatural thriller set in the woods of South Carolina, The Man in the Sukkah follows a pair of new foster parents who get more than they expected when their pasts begin to manifest in the present. With the fate of their new foster child at stake, the couple must face the past if they want to keep it from repeating itself.

Ondine
Directed by: David Hanzel
Written by: Kat Sherman
Fri. May 4, 5:30 p.m. and 9:00 p.m.
David Thayer Theatre
Ondine is an Elemental, the very spirit and soul of the ocean, and Hildebrand is an alchemist knight. Because of a curse, the two are forced to stay awake. In order to do this, they start to recount their story as it unfolds before us.

Collective Amnesia:  A Study of Episodic Memory
Directed by: Kristin Clippard
Written by: Janet Schlapkohl
Sat. May 5, 5:30 p.m. and 9:00 p.m.
Theater B
While coping with the loss of her mentor, Dr. Zweifel, Dr. Judith Jonson reaches a conclusion about him involving human experimentation. A young woman from Japan, Chioyoko, who is working with Judith, and James Jackson, an Iraq War Veteran, share their memories of Zweifel as well, and soon love, friendship and mentorship weave the fafdafasdfafadadfthree closer together as they discover more reasons to pull apart.
Also in this year’s festival: a workshop of MFA student Louisa Hill’s new play Riot Grrrl Saves the World, a play drawing from the social history of the Riot Grrrl scene, as well as several readings of other new plays

If all of these new plays aren’t enough to pique an avid theatergoer’s interest I’m not sure what would, but here is a look at what will be on offer at the Englert this month: 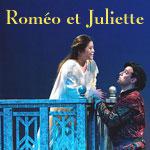 Roméo et Juliet
April 26-28, 8:00 p.m., April 29, 2:00 p.m.
Englert Theatre
Though even to this day, for some, the very name may conjure up negative images of bad high school productions, Romeo and Juliet is a play that has survived the ages with good reason. Having inspired countless musicals, films and operas, the tragedy that is the couples final, everlasting decision is still, when done well, absolutely devastating. Under the direction of Alan Hicks and featuring the grandiose music of Charles Gounod, Roméo et Juliet is sure to be a production that will eradicate those painful adolescent memories of class assignments and gawky school productions for good.

How to Survive Your Adult Relationship with Your Family
May 19, 8:00 p.m.
Englert Theatre
Writer Polly Frost has been called the “Edith Wharton of her generation” and her humor book, With One Eye Open, has been met with widespread acclaim. Now, Frost brings her new one-woman show How to Survive Your Adult Relationship with Your Family to Iowa City. Her stop at the Englert is just one of many on a tour through Iowa she organized herself. Her show is a different kind of theater entirely. “After writing and publishing for over 25 years, I realized that I wanted to connect with live audiences on an intimate level,” says Frost. “My show is not stand-up comedy, for one thing, I’m middle aged, so I like to sit down.” The show invites the audience (only 100 seats are filled per show) to join Frost on stage, creating a unique, interactive experience. “Even though there’s a lot of laughs in my show,” she says, “audience members also cry during it—and laugh again.” Frost’s show proves that no matter how much you’ve grown since childhood, your family can still surprise you.
Visit Polly Frost’s website at:
www.pollyfrost.com.

Levi Smith is currently an undergrad at the University of Iowa studying Theatre Arts and Cinema.