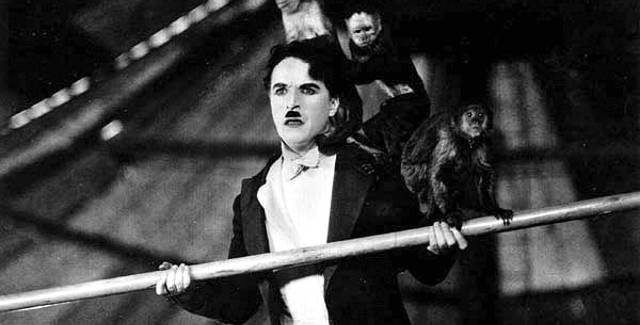 It was a dark and stormy sunny Wednesday afternoon. I was home sick from the 11th grade watching Public Access TV from a nest of blankets on the couch, too feeble to surf for something with a higher budget. Lo and behold, a man emerged through the fog of my decrepitude: A doe-eyed imp flipping and flopping his way wordlessly into my heart. This man was silent movie comedian Buster Keaton. Maybe it was the cherry Dayquil or Stockholm Syndrome from a straight 24 hours spent watching Buster Keaton without ever getting up or blinking (too sick), but I was in love.

Presently, in a sort of chicken or egg situation, I simply swoon for an older man (I mean how old is Buster Keaton now? 118? Me-ow!), though they should preferably be old enough to exist in black and white. Yes, older men who wear hats. Not baseball caps, but porkpies, fedoras, the kind of hat Cubans or retirees or indeed any Floridian male is known to sport on sunny days and—to much more comedic effect—windy days. Silent comedies are filled with just such men: Charlie Chaplin, Buster Keaton and Harold Lloyd. For a lady of my proclivities, this untapped vein of silent comedy was the mother lode. Still, you—Joe or Joette Non-Bizzare-Fetish-Haver—may have some questions. Questions like …

Why Should I Care About These Quiet Buffoons?

Teenage psychosexual entanglements aside, nothing is more universally funny than slapstick and all three of these guys are masters of it. They risk life and limb to give you a laugh (you ingrate). Buster Keaton is nearly flattened to death by a house in Steamboat Bill Jr. (1928). Harold Lloyd climbs (and nearly plummets from) a 15-story building in Safety Last! (1923). Charlie Chaplin gets trapped inside a lion’s cage. With LIONS in it. That’s in The Circus (1928). Plus, they’re super terrible at boxing, probably due to their obvious challenges with personal equilibrium, but they do it anyway. All with delightful results. If these guys are a little bit literally but mostly figuratively breaking their backs to bring a little joy and happiness into your heart, the least you can do is watch. Watching, conveniently, is the least you can do in almost any situation.

Okay, So Which Diminutive Funnyman Is Which?

Charlie, as is common knowledge, is the one with the Hitler-‘stache. Chaplin wore the truncated lip-warmer first and best, and later used it for good to parody the Nazi tyrant in The Great Dictator (1940). Chaplin’s famous Tramp character can be recognized by his duck-footed waddle, iconic (and sexy) bowler hat and shockingly unpretentious cane. He is frequently innocent, fey and delightful. Though he has many incredible and socially relevant films, my favorite is City Lights (1931), in which he befriends a drunken suicidal millionaire and falls in love with a blind flower girl. 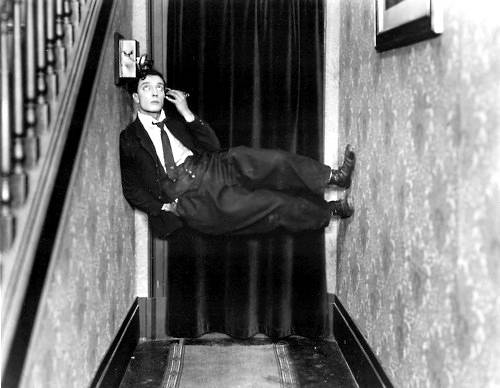 Buster has the wan, stoic, bug-eyed face of an angel. Keaton is at heart a stunt man, performing so many feats of derring-do that the aggregate impression of his body of work is of a man who has no regard for his personal safety whatsoever. He hops trains, shoots himself out of cannons, disappears into shallow puddles, plus other astounding gags. Those new to Keaton’s charms will want to watch the funniest short of all time (among all Kits polled), The Electric House (1922), where you’ll see Buster get poked by automated billiards cues, fall infinitely down automated stairs and come close to drowning in an automated pool. You will know him by his deadpan face and iconic (and sexy) porkpie hat. 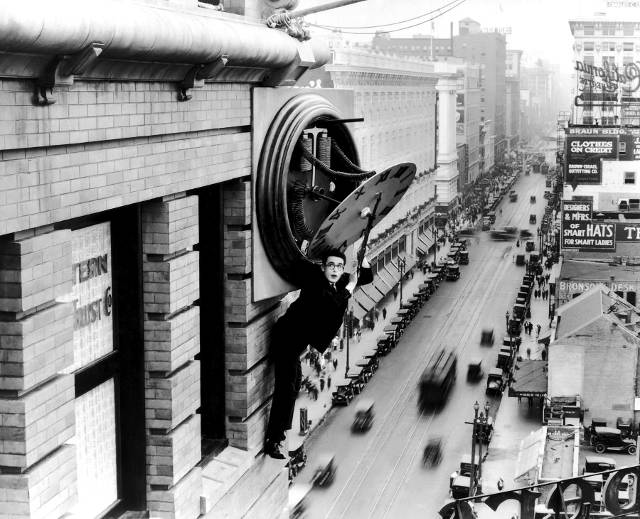 You will recognize Harold Lloyd by his iconic (and sexy) porkpie hat…plus glasses. Gotta watch for the glasses. Where Keaton and Chaplin are mostly fringe-dwelling drifters and bums, Harold Lloyd is more of a relatable everyman. He obtains and maintains steady employment. He pays bills and has friends (of the non-ragtag variety). He continually strives to improve his socio economic predicament, just like we regular folks do. See, you’re relating already! His best work is in Safety Last! (1923), in which he more or less accidentally performs an insane publicity stunt so he can get money, so he can get a girl to like him, so he can get married—as was the custom in those days.

Where Can I Get Me Some of These Lovable Imps?

Why nearly anywhere: the Criterion Collection, Hulu Plus, even Youtube. And of course that free movie rental place downtown with all the books in it—the library.

Well, there you have it. I dare you not to fall in love.

Kit Bryant lives in Iowa City with her valid alibi and several innocuous non-lethal pastimes. Outside the workplace, she enjoys sarcasm, light spanking and fleeting moments of hope and levity. Her blog is popslashcorn.wordpress.com