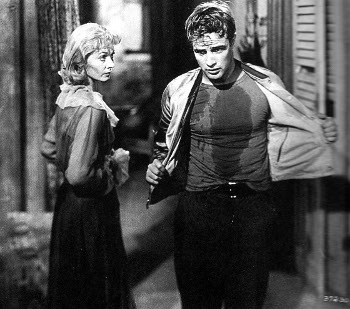 In 1925, Willis Carrier, the inventor of the air conditioner, convinced Paramount Pictures to install his relatively new system in the Rivoli Theater, their big movie house under construction in Times Square. It was a brilliant decision. Throughout the early years of cinema, movie attendance had dropped precipitously off whenever summertime humidity was compounded by an audience’s body heat. With the installation of “cool comfort,” to use Paramount’s marketing slogan, the movie theater suddenly became, alongside public swimming pools and loosened fire hydrants, a communal refuge from sweltering afternoons and sticky nights.

Though movies communicate their overwhelming realities by means of eye and ear, coupling towering images with swelling soundtracks, at their most powerful they elicit almost palpable, tastable, smellable presences. Even as we slurp slushies in the refrigerated air, a movie can generate real heat; and some of our finest films–Dog Day Afternoon, Lawrence of Arabia, Cat on a Hot Tin Roof, The Night of the Iguana, The African Queen, Gone with the Wind, In the Heat of the Night–are drenched in sweat.

Akira Kurosawa, Stray Dog (1949)
“A stray dog sees only what it chases”—and when a heat wave sweeps through bombed-out Tokyo, a stray dog barely sees that.

Elia Kazan, A Street Car Named Desire (1951)
The essence of heat can be summed up in one very loud, desperate word: “STELLA!!!”

John Huston, The African Queen (1951)
Some actors can cry on demand. Humphrey Bogart could sweat on demand.

Sidney Lumet, Twelve Angry Men (1957)
Heat is the thirteenth man capable of bringing out the best and the worst of the other twelve.

Alfred Hitchcock, Rear Window (1954)
When it’s really hot out, all you can do is open your window and watch your neighbors murder each other.

Martin Ritt, The Long Hot Summer (1958)
It’s stiff competition: the sweat on the torso of a young, muscly Paul Newman in a wife-beater vs. the sweat on the cleavage of a gorgeous Joanne Woodward in a summer dress. The sweat on the fat of Orson Welles is also a contender.

David Lean, Lawrence of Arabia (1962)
A movie of such dry heat that it makes your throat scratch.

Ingmar Bergman, The Silence (1963)
A theologian might say that heat is the felt absence of God.

Sidney Lumet, Dog Day Afternoon (1975)
Heat, it seems, can drive you to rob a bank to pay for your male wife’s sex reassignment surgery.

Spike Lee, Do the Right Thing (1989)
A movie that makes you wonder if air-conditioning is the solution to racism.

Honorable Mention: Barton Fink, Mad Max, The Lady from Shanghai, The Night of the Iguana, The Great Gatsby, To Kill a Mockingbird, Cat on a Hot Tin Roof, Apocalypse Now, The Day the Earth Caught Fire, Summer of Sam, The Big Easy, Falling Down, The Wages of Fear, Body Heat, In the Heat of the Night, The Seven Year Itch, The Ballad of Cable Hogue.

But heat in the movies is more than a symbol system. Heat puts us squarely into our bodies and thereby evokes all the abilities and vulnerabilities of our animal natures: our needs and desires, frailties and passions.

In Do the Right Thing, Spike Lee uses sweat to make us feel the skin–and hence skin colors–of his protagonists. On the one hand, heat is a common denominator, which is why the greatest conversation starter of all time is how damned hot it is. One of the most charming scenes in Do the Right Thing is where a fire hydrant is opened and the black neighborhood empties from their steamy apartments to enjoy the spray.

On the other hand, heat individuates. We get too hot to be around each other and whatever is barely tolerable about our cohorts becomes unbearable. The racial tensions of Do the Right Thing literally ignite a riot, in which the fire hoses are turned not on the blazing pizza joint but on the bodies of the angry rioters.

You could even say it was heat that remade acting in the movies, insofar as many cite Elia Kazan’s A Streetcar Named Desire as the entrance into motion pictures of “the Method,” the lifelike style whereby actors recreate in themselves the emotions of their characters. Marlon Brando, who’d played Stanley Kowalski on stage, brought to his character a fire-like ferocity sparked by night after night of portraying the Southerner in the sultriness of summer. One of the unforgettable images of movie history is Kowalski’s sweat-soaked body as he cries “Stella!” to his wife, who then minces down to him like a cat in heat.

Nina Simone was once asked why her song “I Want a Little Sugar in My Bowl” was so popular; she replied, “Because it’s about sex, my dear.” Ultimately, the same goes for heat in the movies: It’s about sex, my dear. When Marilyn Monroe coos in The Seven Year Itch, “When it’s hot like this, you know what I do? I keep my undies in the icebox,” it does anything but chill the undies. And Lawrence Kasdan’s Body Heat, with the seldom-shirted William Hurt and the deliciously sweat-glazed Kathleen Turner, is as close as you get to porn in a respectable–or at least semi-respectable–movie.

My fear is that in our climate-controlled culture the movies have lost their heat. It used to be that we flocked to their cool comforts in order to see our fevers portrayed on screen. Now that our summers are spent in a series of air-conditioned rooms punctuated by occasional hot walks to air-conditioned cars, have our fieriest passions cooled off? Have our movies become too disembodied, too virtual? How many palpable drops of movie sweat can you recall since, say, 1995, the year of Michael Mann’s extremely cool Heat?

Lee Kuan Yew, Singapore’s long-time Prime Minister, nominated Willis Carrier’s invention as the greatest innovation of the past millennium. Like the moving pictures, another pretty good innovation of the past thousand years, air-conditioning has certainly made this feverish life of ours a little more bearable. But the fact remains that reality sweats and humanity stinks. May we never lose our native funkiness!