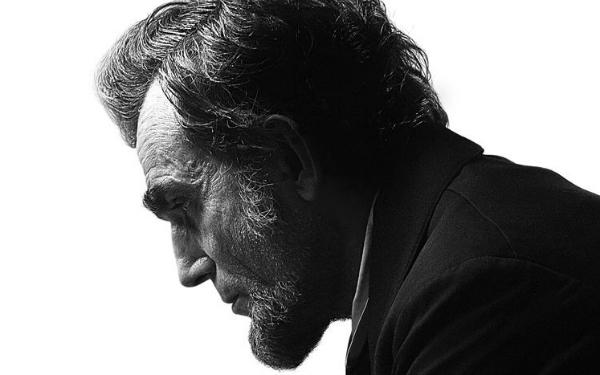 I’ll be surprised if Steven Spielberg’s Lincoln doesn’t take a handful of the 12 Academy Awards for which it’s nominated.  The greatest movie about our 16th president, John Ford’s Young Mr. Lincoln (1939), lost its sole Academy Award nomination, Best Original Screenplay, to Mr. Smith Goes to Washington.  More proof of an unjust universe.  Not that I don’t like Spielberg’s Lincoln and Mr. Smith well enough.  It’s just that Young Mr. Lincoln is a masterpiece of American storytelling and filmmaking, chemically bonded to its subject unlike any other film about Lincoln.

Though Young Mr. Lincoln (recently given the Criterion treatment on DVD) is solidly built of mythic tableaux, as you’d expect from the director of Stagecoach and The Quiet Man, the movie has a particularly light touch, because of both the ingenious script and Henry Fonda’s uncanny ability to evoke in germinal form all the qualities we imagine in the Great Emancipator.  After brief interludes concerning his introduction to the law and the sudden death of his first love, Abe meanders to Springfield, where with Solomon-like wisdom he judges pie-eating contests and settles minor disputes.  Soon he has his first big case, largely fabricated by screenwriter Lamar Trotti, which involves defending two brothers accused of murder.  What occupies the rest of the movie is a court-room drama, brought to life by John Ford’s unique magic with ensembles, which resonates with everything essential about the Lincoln myth.

Ever since The Reprieve in 1908, a short film that depicts Honest Abe pardoning a sentry who fell asleep on the job, not a decade has passed without a major depiction of Lincoln on the big screen.  A whole cultural history of modern America could be unpacked from these movies, from D.W. Griffith’s portrayals of a simian Yankee whose one redeeming feature is that after the “War of Northern Aggression” he didn’t pursue vengeful policies toward the South, to Spielberg’s liberally-pious rendition of the passage of the 13th Amendment, in which Lincoln actually talks to some tangential black characters.

Filmmakers have been fascinated not just by how tall that stovepipe hat looms in the public imagination but by Lincoln’s distinctively American way with words, which is a predecessor to the rhetoric of filmmaking.  In a sense, Abraham Lincoln invented the cinema.  His ability to move and persuade his audience—on marvelous display in Daniel Day-Lewis’s recent portrayal—involves pithiness, homey anecdotes, profound sympathy, and the rhythms of real life, but somehow manages to invest the down-to-earth with sublimity, basically just as the best movies do.

Spielberg’s overtly political films (Schindler’s List, Saving Private Ryan, Lincoln) strive for Lincoln’s rhetorical power.  They frame their central stories with flashes of history and common life.  But, unlike how Father Abraham moves seamlessly from our common ground to its hallowing, Spielberg tacks on his frames of meaning.  In the case of Lincoln, the main drama of passing the 13th Amendment is gripping, but the first and last twenty minutes of the movie come off like Lincoln’s Greatest Hits album (Gettysburg Address, Second Inaugural, Crazy Mary Todd, Assassination in Ford’s Theatre).  Moreover, whereas Spielberg’s stories veer toward the sentimental, Lincoln’s rhetoric is crisp, incisive, compassionate, ironic.

Young Mr. Lincoln, on the other hand, succeeds in evoking Lincoln’s rhetoric in its very structure.  Uncle Abe himself loved to tell little stories as a way of opening imaginative vistas on otherwise dead-end issues.  Likewise, Ford tells a slight court-room drama tantalizingly suggestive of the troubled age over which our 16th president presided.  Two brothers’ lives are on the line; it seems inevitable that at least one, if not both, of the boys must perish.  The inexperienced lawyer finds a miraculous way of saving the union of their family, so to speak.  But Ford’s point isn’t to tell an allegory of the Civil War.  It’s to evoke, through the parable of the court case, the mythological grandeur and political importance of Lincoln’s character—that humane blend of justice, savvy, and compassion—to the continued salvation of our country. Young Mr. Lincoln succeeds precisely because it achieves its greatness with an apparently humble rhetoric.

In an interview late in life, Henry Fonda admitted to being initially reluctant to take the lead role in Young Mr. Lincoln, because, “That would be like playing God.”  But Ford called Fonda into his smoky office and cussed him out for the pious attitude, “We’re talking about a young jackleg lawyer from Springfield, for Christ sake!”  In a nutshell, that’s what’s beautiful about Young Mr. Lincoln: a little bit of American divinity is incarnated in a jackleg Illinois lawyer.