In the last few years B movies have stepped out of the cinematic shadows and into the limelight as legitimate, critically valid films. From John Wick to Green Room and, recently, Get Out, cinematic fare once considered schlock is now being taken seriously. Hollywood has been turning out low-budget commercial fare since its Golden Age — though there are many terrible B movies, there are also plenty of cinematic gems in the genre. Ross Meyer is the local cinephile who uncovers and curates these lost treasures for a weekly movie celebration known as Late Shift at the Grindhouse, coming up on its third anniversary this month. The Wednesday night series is the culmination of Meyer’s lifelong passion for film.

At 16, Meyer began his first job as a clerk at a rural Iowa combination video store and three-screen theater. The store’s manager had begun his own cinematic career working to wire-up theatre seats with buzzers for screenings of William Castle’s The Tingler and would regularly regale the staff with crazy stories of his days managing various theatres. After moving to Iowa City for college, Meyer found work at the now defunct UI campus theatre, the Bijou.

During his time at the Bijou, Meyer oversaw a number of important showings. For Meyer, the crucial LGBTQ documentary, The Celluloid Closet, highlighted the need for inclusion of marginalized peoples and perspectives in film. Meyer also had the chance to screen an original 35mm print of David Lynch’s Blue Velvet which, despite years of mishandling, remained visually stunning. There was even an opportunity to play Orson Welles’ restored masterpiece, Touch of Evil, which had been re-edited per Welles’ explicit instructions to fall more in-line with his original vision for the film.

After graduation Meyer managed and later bought That’s Rentertainment, a downtown Iowa City video store. To this day Meyer wistfully describes his time at Rentertainment as “the best job I ever had.” Unfortunately, with the decline of the video rental market, Meyer soon found himself out of business. Fortunately, according to FilmScene’s Andy Brodie, Meyer’s passion for all things cinematic made him a shoe-in for a job at FilmScene.

“If you’ve lived in Iowa City sometime over the past couple of decades and really love movies, you know Ross,” said Brodie. “I wanted to hire him from the very beginning. FilmScene couldn’t run without Ross. His fingerprints are literally everywhere.”

Meyer became FilmScene’s head projectionist while continuing to direct the Late Shift series. As a film curator, business owner and projectionist, Meyer has witnessed firsthand changes in Americans’ film consumption. The death of both celluloid and local video stores have given rise to digital cinema and the legitimization of B movies. While Meyer appreciates the modern DCP theatre projection format, when compared to film, he says, it’s just not the same. He sees hope in the popularization and newfound acceptance of B movies so long as they’re treated with all due respect.

“My concern is occasionally in the age of Mystery Science Theatre, or The Room and the so-bad-it’s-good movement, legitimately good films get roped into that mindset. A film like Phantasm or They Live is a perfect example of this. The danger is when a full house shows up to goof-off. That’s not what we do at FilmScene.”

On Wednesday, May 3, Late Shift filmgoers assembled at Trumpet Blossom Cafe for Charlton Heston’s sci-fi classic, Soylent Green. Filing in, each received a Soylent Green-themed snack and dinner, prepared by Katy Meyer, Ross’ wife and Trumpet Blossom owner, adding to the familial nature of the event. Late Shift attendees are a disparate group of film lovers of varying ages and identities, but they all seem to know one another.

FilmScene staffer Aaron Holmgren notes the family atmosphere is crucial: “I know most of the people that come every week; I get them checked-in and make sure we’ve got enough PBR’s on-hand. We want everyone to have a good time.”

Brodie wholeheartedly agrees with Holmgren’s assessment: “There’s nothing better on a Wednesday night in Iowa City than geeking out on movies over a cold beer with Ross.”

For Meyer, pairing a great film with amazing food and the perfect atmosphere is all in a day’s work: “I’m optimistic when it comes to movies. It’s not that there are no bad movies … but rather there is no bad opportunity to see a movie. When I think of movies I think of where I was when I saw it, who I was with, what I was eating — it’s all part of the experience.” 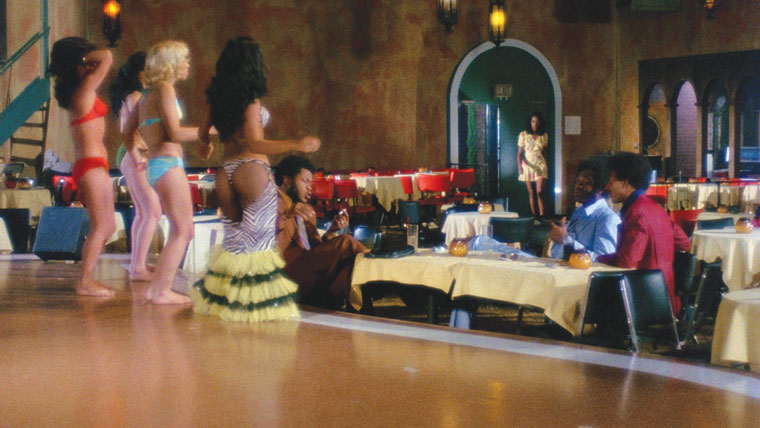 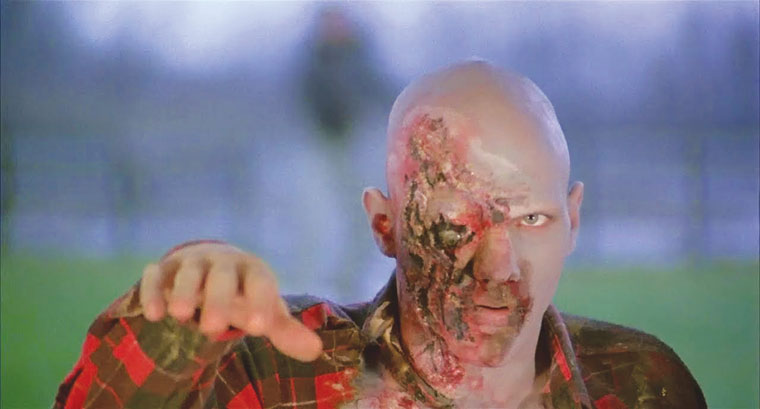 Jon Burke is a North Liberty resident who writes about film, music and pop culture in his spare time. When he doesn’t have time to spare he can be found working in a dark basement at the University of Iowa. This article was originally published in Little Village issue 221.