Fifty years ago, in 1963, Granada Television, a regional service for Northwest England, commissioned Seven Up!, a brief documentary about the future of England. Who are the workers and executives of that distant, magical year 2000? The idea was to gather together a cross-section of 7-year-olds and interview them about their lives and aspirations. The Marxist-leaning filmmakers, headed by director Paul Almond, zeroed in on children from England’s upper and lower classes in order to show the injustices of the system and nudge along its breakdown.

Seven years later, Michael Apted, who’d gotten his first job in television as a researcher for Seven Up!, decided to make a sequel, 14 Up, in order to discover what was becoming of the original subjects in the aftermath of the turbulent 1960s. Since then, every seven years, Apted—who’s also directed movies like Coal Miner’s Daughter and Gorillas in the Mist—has revisited the participants, slowly constructing one of the most unique cinematic mirrors of the human condition. At last, 56 Up is broadly available for viewing—on Netflix, among other places. 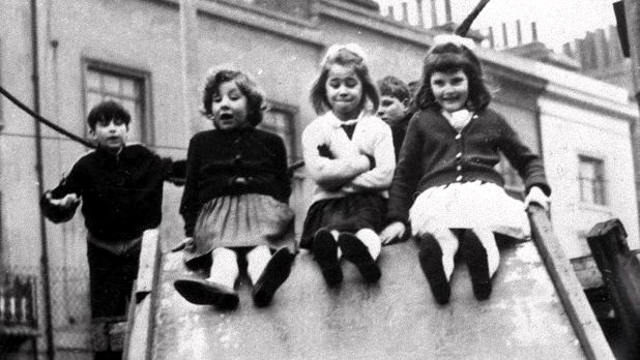 In a sense, the Up series was the beginning of reality television. Decades before The Real World, it portrayed everyday people talking without a script about the ups and downs of their lives. What drives you to watch it, and what makes waiting years for the next episode so difficult, is the desire to find out what really happens. It’s addictive. You want to drink in life by big seven-year gulps. There may not be the radical twists and turns of fictional drama, but there’s the gossipy joy of discovering if Bruce will ever get a girlfriend, or if Tony makes it as a jockey or ends up in prison.

In another sense, the Up series is the only true example of reality television. It’s not as artificially structured as shows like The Real World, let alone Survivor: Vanuatu—Islands of Fire. Moreover, its scope really is the dimensions of human reality: It shows us how a cross-section of men and women from different socioeconomic backgrounds process politics, society, sex, love, religion, family, work, leisure, money and so on, over the course of their whole lives. 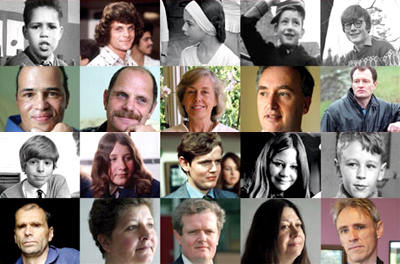 Perhaps most importantly, the subjects of the Up series aren’t conditioned by reality TV—at least they weren’t until late in life: Their mental line between private and public is still intact. In fact, it’s shocking just how much its participants hate having their lives scrutinized and put on view. Over the course of the series several drop out in disgust (though, interestingly, all but one return in 56 Up). Suzy, one of my favorites, promises to quit the show in almost every episode, but some sense of destiny, she sighs, keeps her coming back. The participants’ reticence about revealing their true thoughts and feelings keeps you guessing and makes their revelations more intense than the let-it-all-hang-out splashiness of “reality” TV.

What does the Up series ultimately teach us about who we are? To some degree, a movie that begins as a Marxist condemnation of the class system quickly turns into a refutation of the Marxist emphasis on economics. Money and status certainly concern the subjects, but their lives unfold in ways that aren’t quite predictable and may be even surprising. What brightens and darkens their time on earth concerns values like love and service that seep into all classes.

That said, anybody seeking confirmation of the extent to which money and class warp the course of human life will find ample evidence in the Up series. When the three seven-year-old boys from wealthy Kensington are asked about their future, they rattle off the prep schools and Oxbridge colleges they plan to attend. They proceed to follow their planned educational courses to careers as solicitors and barristers. When 7-year-old Symon, growing up in an orphanage, is asked if he plans to go to college, he responds, “What’s college?” In 56 Up he worries that he’s wasting his talents as a loader of cargo.

In short, the Up series shows us the contradictions of being human: how our lives are shaped and how we shape our lives; how family is liberating and constricting; why dreams are necessary and destructive; why we’re unique and commonplace. The documentary’s motto—“Give me a child until he is seven, and I will give you the man”—seems overwhelmingly true as children playing house turn into men and women making homes, but then you have Neil, the soul of the movie, who beams with humor and vitality as a child only to become a pensive, suffering, lonely adult. As in life itself, you find every truth confirmed and refuted. The series even reflects its own limitations, as the various subjects fight back against their portrayals and criticize the radical shortcomings of this most comprehensive of documentaries.

Let’s hope that Michael Apted, now in his 70s, lives to complete another installment or two. I can’t wait to see how the lives of these extraordinary ordinary people will face old age. But I’m pretty sure I know how it’s going to end.