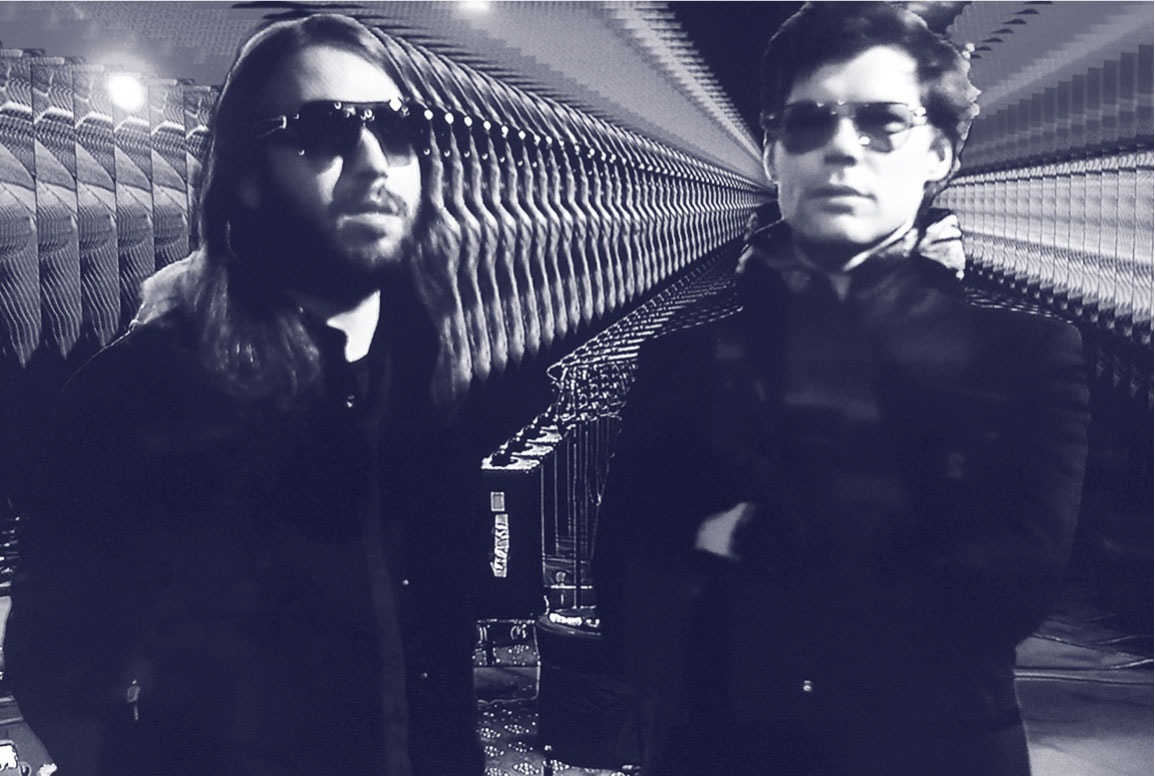 Musicians Kevin Shea and Matthew Mottel dubbed themselves Talibam! because it was the most unhip name they could think of, especially compared to the then-current new crop of Brooklyn groups like Dirty Projectors and Grizzly Bear — whose names read like impressionistic hipster word association games. It was an attempt, keyboardist Mottel said, to suggest “an alternative political vision, which was matched by our cultural determination to provide an alternative to the landscape of music and performance we were surrounded by.”

The name Talibam! was appropriated from a sensationalistic New York Post headline that celebrated the beginning of the U.S. bombing campaign in Afghanistan, after the 9/11 terrorist attacks. Disgusted by the nation’s bloody militarism and foreign policy, Mottel and drummer Shea formed this New York City-based unit within six months after the beginning of the second war in Iraq.

“Talibam! has been interested in a process of questioning since we first started in 2003,” Shea added. “Questioning the event, the stage, the purpose of a band, the expectations of a particular instrument in the ensemble, the goals behind needing to be accepted, histrionic theatrics, the role of the audience, the role of art.”

This spirit of questioning and demolishing boundaries between audience and performer — as well as art and everyday life — perfectly aligns with the goals of the Witching Hour festival, which draws the audience into the creative process through exploring new work.

During the festival, Mottel and Shea will bring their ruckus for the Iowa City premiere of Endgame of the Anthropocene, Talibam!’s multimedia performance piece. It’s based on their brand new album of the same name, out Sept. 22 on the venerable free jazz and experimental music label ESP-DISK (released jointly with Talibam’s equally excellent Hard Vibe LP, which features an expanded lineup performing psych-jazz over a minimalist rhythmic pulse).

Anthropocene is their most labor-intensive recording yet, with Mottel playing Mini Moog, MIDI synths and a variety of synth keyboards while Shea provides syncopation with polyrhythmic electronic drum and synth pads, creating a dizzying, cinematic album of “through-composed ecogothic geosonics.” Put more crudely, Anthropocene is a kind of instrumental concept record about the expiration of the Antarctic Treaty System in 2048, which currently allows that continent to be shared by the Earth’s nations. In the face of catastrophic climate change, Talibam! predicts, a global war will erupt over control over its valuable resources.

“If you look at the titles to all of our records from ’07 onward, we have consciously titled them with relationship to the political and cultural world,” Mottel said. “Endgame of the Anthropocene is no different, in that we have an interest to confront the current establishment of culture and suggest an alternative, or at least have a dialogue.”

At Witching Hour, they will bring their dystopian (though quite possible) scenario to audiovisual life. Shea referred to their performance, which premiered at the Twenty-seventh Annual Festival with no fancy name, Part Two (or B), from Phill Niblock’s Experimental Intermedia, in March 2017, as an “instrumental soundtrack to an imaginary apocalyptic video game.” Because they are currently not able to reproduce the album’s complex music live onstage, they became more interested in the record functioning as the soundtrack to a film that they will embellish with their own live instrumentation during the performance.

Sadly, Talibam! have more opportunities to perform outside of New York than in the city they call home, largely because of the economics of rising real estate prices. This led to the closing of venues like Tonic, which was a hub of experimental music in downtown Manhattan during the late 1990s and early 2000s.

“The late ’90s,” Mottel said, “to me was the last era of commercial enterprises that could exist without the day to day stress of economics.”

The scene then shifted to Brooklyn, which has since experienced a similar dynamic — embodied by Vice Media’s acquisition of a building in Williamsburg, Brooklyn that was aided by generous city tax breaks. This resulted in the eviction of DIY music venues like Death By Audio and other staples of the Brooklyn experimental performance landscape. Talibam! responded in 2015 with a protest that paid homage to the 1967 attempt to levitate the Pentagon (during an antiwar rally organized in part by their spiritual father, Ed Sanders, a Yippie activist and frontman of the Fugs).

Talibam! and a couple dozen other provocateurs attempted to levitate the Vice Media headquarters into the East River. According to the social media post that announced the event, “Spirits of the Displaced and dormant creative energies underneath the foundation of Vice Media’s HQ will be unleashed, once the building levitates into the East River & a creative re-flowering of the Williamsburg Waterfront Communities will generate.”

“The Vice levitation was not so much a response to the immediacy of the music venues that were closing as a result of the Vice office move, but more of the tandem collaboration between New York City supporting and subsidizing Vice’s move with a $6.5 million tax break,” Mottel said. “To me, they had a responsibility to actually assist in creating a diverse and sustainable economic system for the creative culture they cannibalize.”

“The meaning of the Vice building levitation was obviously metaphorical,” Shea added, “and because of this it was conspicuously ripe with contradictions. The industrial Williamsburg of the ’80s was by no means a safe haven for its residents, but rather an area in flux and rife with gang violence. Cities are always going to be in flux, and real estate decisions are mightier than the experimental music community. The ultimate meditation of the levitation was one on recurrent human greed — 1960s greed refurbished in new clothes. Endgame of the Anthropocene is also about human greed. Highlighting human greed won’t change anything, so instead it is more of a dark comedy, something to listen to while it all burns down in front of our eyes, even as we toil and struggle to perpetuate positive change to lesser or greater degrees.”