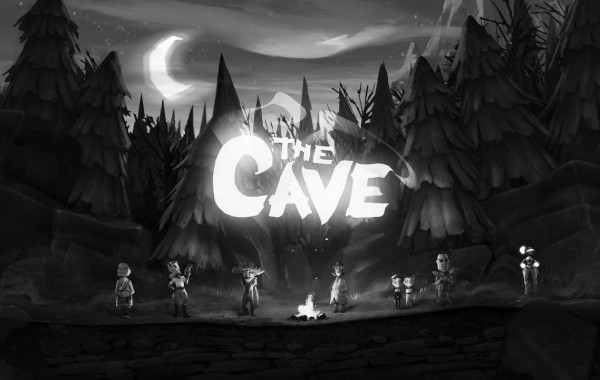 Once upon a time, media were supposed to be mediums, agents for revelation. Aristotle defined classic tragedy as a way to trigger catharsis, while Plato believed in poetry as a pedagogical tool that would lead people to virtue. Now there is an attitude that some media are only vehicles for cheap entertainment and alienation, especially TV and video games. But, while I can’t speak to television, video games can in fact be a path to epiphany and enlightenment—the way every art form should be.

Ron Gilbert, one of the most influential video game creators of all time, agrees. Trying to explain his brand new video game, The Cave, he emphasizes its metaphorical nature: a talking cave lures a set of seven characters so they can “learn something about themselves and who they might become.” The cave acts as a Freudian map of our inner self, something we need to explore in order to transcend our own limitations. The Cave is a classic odyssey, proof that video games are not just a distraction, but enriching, meaningful and deep entertainment. Throughout the game, Gilbert draws on depictions of caves from the past to inform the nature of the playable characters and the environment that he creates.

To begin, there is Plato’s cave, an insightful allegory about knowledge and the role of the philosopher in society. Way before movie theaters, Plato said most people are compelled to live their lives gazing at shadows cast on a wall in front of them. The philosopher would be the one to stand up and realize that all those projections aren’t the world, but mere illusions. The path of the thinker is that of figuring out the difference between mirages and reality. In The Cave, The Scientist and The Monk are two playable characters inspired by Plato’s philosopher.

There is also Ulysses’ odyssey. Remember when he and his crew were trapped in Polyphemus´ cave? This time the cave is not a metaphor for knowledge, but for survival. A cunning hero is needed, not a philosopher, to defeat the giant cyclops that eats humans for breakfast. This is exactly the kind of epic (complete with dragons, of course) that The Adventurer and The Knight, two more of Gilbert’s characters, are looking for.

How about Orpheus, playing his lyre while descending to the underworld to retrieve his wife, Eurydice, back from the dead? Or Dante Alighieri, rewriting the Orpheus myth, traversing the nine circles of hell in search of Beatrice. Caves are, for both Orpheus and Dante, abysses of solitude, endless mazes to traverse in the quest for love. This is the kind of labyrinth that The Hillbilly, the next archetype of The Cave, will try to solve.

If you are tired of pedantic literary references about caves, just think of The Goonies. Caves in The Goonies are lethal yet fun—the perfect place for The Twins, another playable character in The Cave. The Twins are a couple of creepy children that love setting traps and mocking people for the sake of good old slapstick comedy.

The reason for such a narrow audience exemplifies the nature of video games as revelatory mediums, not just entertainment media. Crowther was a programmer, a gamer, a spelunker, and a father. He developed software to map Kentucky’s Mammoth Cave, which he loved to explore. At that time there were no computer graphics, so the map was a set of descriptions linked to other descriptions that players could navigate using simple commands such as “go north.” The system was simple, yet effective. After Crowther divorced, he feared losing contact with his daughters and needed a way to communicate with them. In order to be present in their lives, he came up with a fascinating imaginary cave full of adventures. In this cave, the player would love to explore, finding riddles and puzzles everywhere. Adventure was a way to transcend the adversities of divorce, to summon parenthood via a 1975 minicomputer. This story of a father’s love for his daughters was the origin of adventure gaming.

As the format of adventure games has changed from text to beautiful graphics and intuitive point-and-click interfaces, thanks in part to Gilbert’s innovations, the spirit of the genre—the puzzles, the exploration, and the will to tell a story—have remained. Gilbert’s cave is a tribute to Crowther’s, inspired by an appreciation for Mammoth Cave and referencing a time when stories were encrypted on—you guessed it—caves. This is perhaps why the final and most playable character in The Cave is The Time Traveler.

The Cave exemplifies how video games may be treated as art. They embody the archetypes and structures of old narratives within a new format. Video games come through media, but they have the potential to act as mediums if you learn to play accordingly. This means that you, as a player, are responsible for how you play, the same way you are responsible for how you read a book or watch a TV show. Denying the possibility of video games as art is the contemporary equivalent of burning a book or closing a museum.

Pablo R. Balbontin studied Philosophy and Literary Theory in Spain, then moved to the U.S. to write a dissertation on Spanish literature and media.