The courses for April’s Run CRANDIC marathon and half-marathon have been posted by Corridor Running, the nonprofit that organizes the races.

“After two years of not being in person, it’s nice to be able to safely put a race on for the Corridor community,” Jim Dwyer, the co-president of Corridor Running, told Little Village.

The Cedar Rapids to Iowa City marathon was first run in 2018 and returned in 2019, but its 2020 race was scheduled for just weeks after businesses began to close and events were delayed or scrapped as COVID-19 began to spread throughout the state. Run CRANDIC had to quickly adapt.

“It was one of the first domestic marathons to offer a virtual options instead of completely canceling it,” Dwyer said.

Participants ran on their own, tracking their routes with their own GPS-enabled devices and sent the result to Corridor Running.

“People still got their awards and swag,” Dwayer explained.

But the planning period for 2021 race happened as COVID case numbers, hospitalizations and deaths were rising, so the decision was made to cancel the event.

The year’s marathon starts at the Prairie Campus of the College Community School District in Cedar Rapids at 6:30 a.m. on Sunday, April 24, and ends at Waterworks Park in Iowa City. The half-marathon kicks off two hours later at GreenState Credit Union in North Liberty with the runners also finishing at Waterworks Park.

Refreshments will be served in the park following the races. 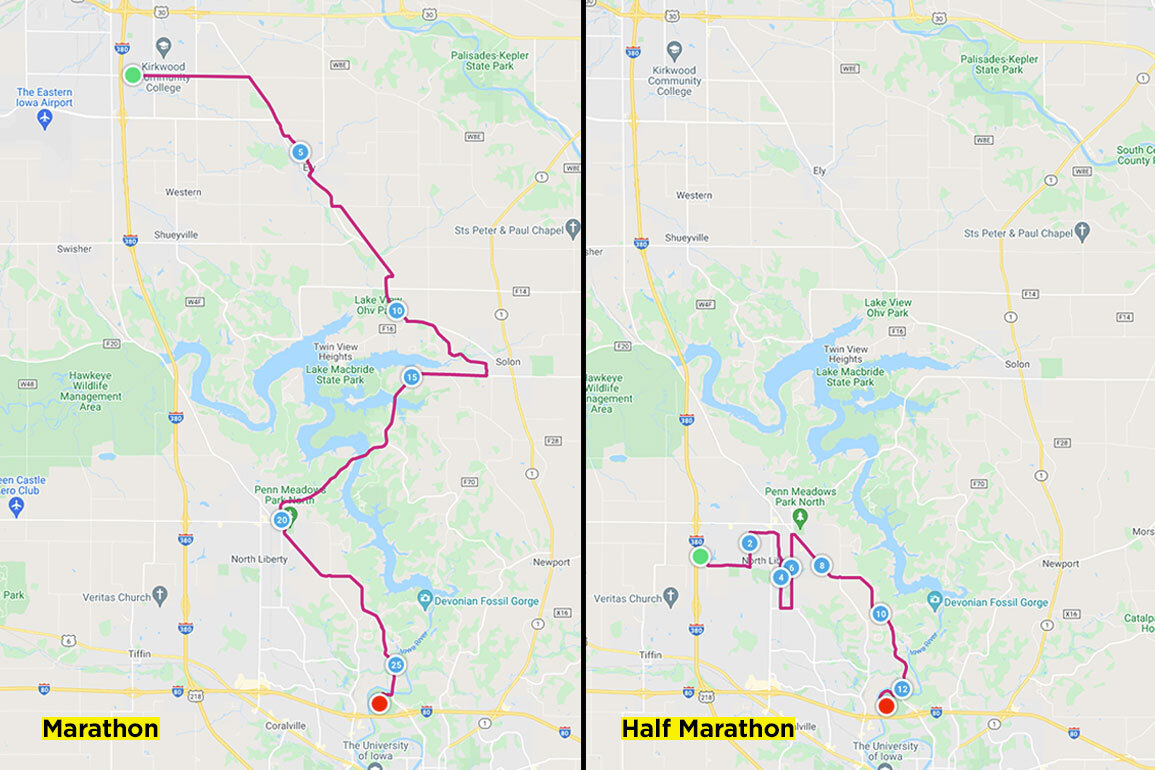 This will be Run CRANDIC’s last year following its Cedar Rapids to Iowa City route. Future races will be entirely within one of the two metro areas.

Focusing on just one metro area will make planning easier — “You’re dealing with one municipality, instead of four or five,” Dwyer said — but also will help Run CRANDIC achieve its goal of becoming a qualifying event for the Boston Marathon.

To become a qualifying event for Boston, a race must use the same route multiple times. That hasn’t been possible running the Cedar Rapids to Iowa City route.

Online registration is currently open for the 2022 Run CRANDIC, and runs through April 21. Registration for the full marathon is $100 and $85 for the half-marathon. There is an early-bird discount available for anyone who registers by Monday, Jan. 31.