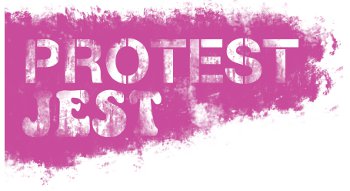 Abbie Hoffman wrote in Steal This Book, his subversive how-to guide, “If you don’t like the news, why not go out and make your own? … Guerrilla news events are always good news items and if done right, people will remember them forever.” Well, maybe not forever, but pranks do allow citizens with few monetary resources to use news media as their own personal megaphone.

Hoffman’s first great prank targeted the United States Stock Exchange, where he and some friends dropped cash from the visitor’s gallery. Yippie co-founder and Realist publisher Paul Krassner recalls that street theater performer and gay rights activist Jim Fouratt came up with the original idea, but it was Hoffman who ran with it. “Stockbrokers weren’t used to seeing real money there,” Krassner says, “and they immediately switched from screaming ‘Pork Bellies!’ to diving for dollars.”

At first, the police wouldn’t let the crazies into the Stock Exchange building. There was a lot of press outside, so Hoffman and his friend Jerry Rubin began loudly complaining that the cops were being anti-Semitic. After they were grudgingly let in, pandemonium erupted. “We had $200 in dollar bills—enough to look like a lot of money—and we went and threw them down from the gallery of the Stock Exchange,” Hoffman says. “Trading stopped for about six minutes; the tickertape stopped—it was great!”

Soon after Krassner and Hoffman crossed paths a few times in the mid-1960s, they became fast friends. Hoffman was deeply influenced by The Realist, even going so far as to bring a Krassner-published red, white and blue FUCK COMMUNISM poster to a symposium on socialism, just to annoy the lefties at the event. On the heels of the Stock Exchange prank, the two plotted ever-larger spectacles, such as, as Krassner put it, “an event in the nation’s capitol that would publicly cross-fertilize political protesters with hippie mystics.”

They wanted to break the law—the law of gravity—by levitating the Pentagon 100 feet in the air. This 1967 event brought together the politicized anti-war wing of the counterculture and the spiritual descendents of Ken Kesey’s Merry Pranksters, who often were more interested in cultural revolution than revolutionary politics. “October 21, 1967—you had to have been there,” Hoffman says, describing the psychic assault on the Pentagon. “There were 50,000 warlocks in costumes with noisemakers—we all drove across the freeways to Virginia and attacked.”

Occult ideas played a role in the 1960s counterculture—much like how Spiritualism was
associated with feminism, abolitionism and other “progressive” causes of the nineteenth century. Unlike the Spiritualists, the hippies’ interest was more intellectual and aesthetic than deeply felt. The protest organizers were originally inspired by a passage from a book by the sociologist Lewis Mumford, who suggested that peace could only be achieved by eliminating the evil embodied in the Pentagon.

Ed Sanders—an influential literary figure in Beat-poet circles and another event organizer—
recalled, “Someone came up with the idea for exorcism and levitation modeled on the Catholic or Episcopalian exorcism, so we said, ‘Let’s do it.’” Sanders had studied linguistics in college, so he consulted a Hittite book, pulled some phrases from it, and cobbled
together some “magical” incantations. When Abbie Hoffman got himself arrested measuring the sides of the Pentagon, he explained to journalists that he was “finding out how many witches we would need.”

Before the pranksters could perform their exorcism, they had to take care of some administrative paperwork. “We applied for permits to raise the Pentagon 100 feet,” Abbie Hoffman said. Bemused officials initially rejected their request, but all parties eventually agreed on a compromise: they could only raise it three feet high. Providing the rally’s music was the Fugs, an anarchic band formed by Ed Sanders and Tuli Kupferberg in 1964 that wrapped biting political messages in a cloak of satirical humor. “Kill for Peace,” performed at that 1967 rally, is positively Swiftian in spirit. The Fugs played on a flatbed truck, shouting a series of invocations: “Out, demons, out—back to darkness, ye servants of Satan—out, demons, out!.”

To advertise the exorcism/anti-war demonstration, the Yippies held a sensational press conference where they demonstrated a new drug that would allegedly be used on D.C.
police officers. “So we invented a drug called Lace,” which, Hoffman said, “would make you take your clothes off and fuck! We had it in water guns. We held a Press Conference and demonstrated this with live hippies who fucked in front of all the press. It was a good put-on.”

The New York Post, Time magazine and plenty of other news outlets published stories about this fictitious drug. Krassner was to play the reporter who accidentally got sprayed, but to his dismay he was scheduled to speak at a literary conference at The University of Iowa. (While in Iowa City, Krassner procured a bag of cornmeal that they used to encircle the Pentagon as part of a supposed magical rite.)

The next year, this loose confederation of radicals formed the Youth International Party. “The Yippies themselves were kind of a massive hoax,” Krassner said. “I came up with the name, although all I did was give a name to a phenomenon that already existed.” He started with the exclamation “yippee”—an obvious reference to the newly-coined word “hippy”—and worked backwards to construct a kind of acronym. They were Young, they saw their movement as International and it was a Party, man. “Hippies are dead,” Hoffman said, recalling their brainstorm session. “Youth International Party—Y.I.P.—YIP—YIPPIE! We’re all jumping around the room, Paul Krassner, Jerry Rubin and I.”

The Realist and other underground newspapers helped spread the word about the Yippie’s plans for a massive protest at the 1968 Democratic National Convention in Chicago. Soon mainstream newspapers ran headlines like, “Yipes! The Yippies are Coming! Rather than building a sustainable political party, they sought to craft a compelling narrative that would move people to action. “We are faced with this task of getting huge numbers of people to come to Chicago along with hundreds of performers, artists, theater groups, engineers,” Hoffman recalled.

“How do you do this starting from scratch,” Abbie asked, “with no organization, no money, no nothing? Well, the answer is that you create a myth. Something that people can play a role in, relate to.” That, and they had an awesome musical lineup. Most notably, the batcrap crazy
Detroit proto-punk group MC5 was the only headlining act brave enough to take the stage at the Yippie-planned concert timed for the Chicago convention. As the band’s lead singer must have shouted through the tear gas, KICK OUT THE JAMS, MOTHERFUCKERS!

This column, along with the previous two months’ installments of Prairie Pop, was excerpted from Kembrew McLeod’s upcoming book Making Mischief: How Pranks, Hoaxes, Trickery and Fantasy Shaped the Modern World, to be published in 2012.