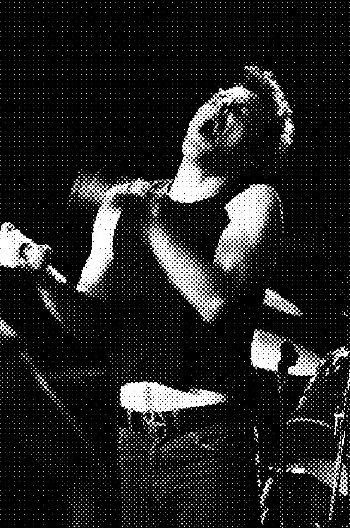 Dead Kennedys were punk provocateurs that made satire a central part of their concerts, song lyrics and, for that matter, band name. (Lots of baby boomer parents felt it was offensive, but for lead singer Jello Biafra, “Dead Kennedys” was a metaphor for the death of the American dream.)

They were political pranksters in the tradition of the Fugs, whose song “Kill for Peace”–performed at a major 1967 anti-war protest–shares its DNA with Dead Kennedys’ “Kill the Poor” (and, for that matter, Swift’s “A Modest Proposal”). Like many satirists, they walked a fine line between humor and bad taste. During one 1984 performance, for instance, Biafra and his bandmates mounted the stage in Ku Klux Klan hoods–then pulled them off to reveal Ronald Reagan masks.

Rightwing reactionaries weren’t their only targets. In the 1979 single “California über Alles,” they skewered the hippy-dippy worldview of California’s highest elected official. “I am governor Jerry Brown,” Biafra warbled, “my aura smiles and never frowns, soon I will be President!” In the song, Brown’s “Zen fascists” and “suede denim secret police” were going to dose the masses with “organic poison gas.”

The same year Dead Kennedys released “California über Alles,” their frontman ran for mayor of San Francisco (he appropriated as his campaign slogan the old advertising tagline, There’s always room for Jell-O®). Jello Biafra gained publicity with platforms that were both serious and irreverent–banning cars and making businessmen wear clown costumes within city limits–and he ultimately received 6,591 votes and finished third out of a field of nine candidates. Current U.S. Senator Diane Feinstein (D.-Calif.), who the punk singer made a habit of antagonizing, won after a runoff election.

A few years later, in the mid-1980s, Biafra woke up to find nine police officers in his residence. “You are under suspicion of trafficking in harmful matter,” he was told. Harmful matter?, he thought. What’s that? The matter in question was a poster his group included in their 1985 album Frankenchrist–a reprint of an H. R. Giger painting that depicted a surrealistic landscape of penises.

As Biafra later put it, “Can you imagine any matter more harmful than finding a cop in your bedroom?” A politically motivated district attorney prosecuted Dead Kennedys and its independent record company Alternative Tentacles (charges were pressed just before election day). The trial ended in 1987 with an, um, hung jury, but not before the band broke up and the label nearly went out of business.

Jello Biafra was one of the leading lights of the 1980s “pop underground.” This loose confederation of punks, pranksters, hackers, hippies and other subcultural types mostly fell below the radar. The Church of the SubGenius played a key role in this scene. The SubGeniuses trace their origins back to the 1950s, when the Church was purportedly founded by J. R. “Bob” Dobbs, the “world’s greatest salesman.”

In reality, the Reverend Ivan Stang and his collaborators invented this religion after putting together a satire of wacked-out rightwing religious tracts published by Jack Chick and others: SubGenius Pamphlet #1, also known as The World Ends Tomorrow and You May Die! Laced with a heavy dose of dada humor, its collage-heavy visual style drew on the cut-and-paste look of punk rock album art and flyers. Much like the Dead Kennedys-affiliated Winston Smith–whose re-appropriations of 1950s advertising imagery underscored the dark underside of suburban culture–SubGenius publications helped popularize an ironic retro aesthetic that is commonplace today.

Misfits of all stripes embraced the SubGenius meme. Rev. Stang sent out copies of SubGenius Pamphlet #1 to leading figures in the underground comics, zine, and music scenes–like cartoonist Robert Crumb and conceptual art-rock group Devo. “Finally,” Crumb exclaimed, “a religion even I can believe in”; Robert Anton Wilson called it “the best of all the One True Religions.” Stang said he and his followers were waging a war against a “Conspiracy” perpetrated by “The Normals” that preached conformity.

“I first found The Book of the SubGenius in college and I glommed onto it,” says Pagan Kennedy, a writer who graduated from college in 1984 and became involved in the underground zine publishing world. “I first read it when I was 19 or 20, and it was just this transmission that I connected to. It used a visual language that made a lot of sense back then.”

The SubGenius ideal transcendent state of “slack”–the pursuit of perpetual leisure, independence and original thinking–proved to be a powerful meme. It left traces on everything from the free and open source operating system Slackware to Richard Linklater’s zeitgeist-defining debut feature Slacker (1991). The mock religion was also appealing because it provided an absurdist answer to Moral Majority bible-thumpers like Pat Robertson and Jerry Falwell.

It found an audience in the 1980s on university campuses, especially after indie rock college radio stations began airing Stang’s weekly radio show, Hour of Slack. The Church of the SubGenius gained new life in the early-1990s, when hackers, hobbyists and other computer enthusiasts found each other online via SubGenius user groups. The nerds had infiltrated punk rock–and, later, popular culture–which would never be the same again.