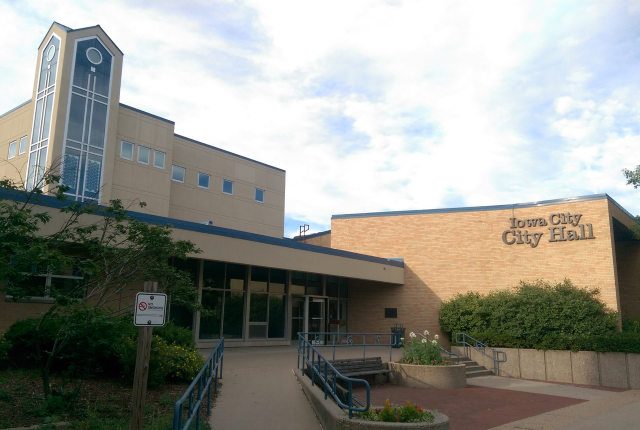 What first interested me in City Council was the Chauncey and an article published in Little Village magazine, Feb.-March 2013: “Your Town Now: The city council’s Chauncey decision is remarkably opaque” By Zach Tilly and Skaaren Cosse.

Chauncey is still causing contention within the City chamber. Tilly-Cosse: To decide between the three [design alternatives for Gilbert & College] alternatives, the council planned to develop a “decision matrix.” However, in the end, the matrix was ignored in favor of Chauncey. “As for why my colleagues on the Council chose not to use the proposed decision matrix, I think they could explain their own rationale better than I can,” Councilman Jim Throgmorton said. “I think it is fair to say, however, that they felt they already knew which project they preferred, and that it would be best to simply have each of us state our rank orderings.”

The five city councilors who preferred The Chauncey plan (Throgmorton opposed, Michelle Payne recused herself due to a potential conflict of interest) were able to approve that project with little debate and without presenting a concrete rationale or side-by-side comparison.

Even some who were heavily involved with the process were left scratching their heads about how the decision was made.

Fall from grace: Core of four

As a result of his honesty, Councilor Throgmorton is now the favorite target of Hayek’s ire believing that Throgmorton is the head of an insurgency of candidates called the “Core Four,” similar to the Gang of Four that wanted to replace Chairman Mao; Hayek warns that Throgmorton will succeed him as mayor.

Even John Thomas, a quiet unassuming man who knows his business and how to plan a growing city is being maligned by implication.

Pauline Taylor, a former nurse at University of Iowa Hospitals, who notes the need for affordable housing, responsible development and racial equality as key points of focus in her campaign, is guilty by association in Hayek’s eyes.

Mayor Hayek is accusing an un-named candidate, Rockne Cole, Esq., of running while suing the City over what has become known as The Shadow.

The latest iteration causality of The Shadow can be viewed on City Channel 4 as Council Meeting June 2, 2015, where Mayor Hayek beneficently tells Trinity Church it has no rights that he and City Council need respect.

Hayek makes claims for things he has had no power over like the Moody’s AAA Bond Rating issued to Iowa City 11/30/1973; Maintained by the financial prudence of Dennis Bockenstedt and his predecessor; and the location of the University of Iowa. Any compliance to ADA is/was under duress from the Department of Justice.

The $50 million tax deficit is coming, but prudent planning will deal with it. And the improvements to the neighborhoods has more to do with long range planning than to benevolence of present Council.

Downtown development is good, but letting the outlying neighborhoods degenerate into slums is fiscally irresponsible.

Towncrest and the south side improvements

Improvements in the Towncrest section caused more havoc than improvement. The only bus shelter on the outgoing Towncrest Route was removed and not replaced. William Street where the TIF supported building took place is still too narrow to allow the Towncrest bus to make a right when a car is at the corner — causing traffic jams and/or delays. I pointed this out in Council prior to construction to no avail. The buildings are built, most unoccupied—the street is still too narrow—and Hayek is taking credit as well he should.

South Side improvements is a disaster in waiting. The Mall Route stop across from Kirkwood Community College was moved from Deforest Street down one block too near Sycamore Street crosses Lower Muscatine Road intersection, so that students are caught between two sets of traffic lights. They are expected to crossover at Deforest — no crossing lights, against Kirkwood’s parkers making turns out of the lot onto Lower Muscatine. Instead of crossing at Deforest, where connecting curb ramps are located, most able-bodied students obey human nature and cross directly in front of the bus dodging oncoming traffic. This situation is a homicide in waiting. I have notified the Council of this situation to no avail.

At the Coralville Library Forum, Councilor Dobyns’ intentions of shuttering the Senior Center unless it becomes self-sufficient office space is why the doctor did not attend the Oaknoll Retirement Community Forum Thursday, Oct. 15.

Hayek calls Dobyns a family physician, but when he served on the Senior Center Task Force, he was introduced as a gerontologist — an expert on old people.

Michelle Payne has spent her weekend backtracking from saying “Colored people” at the South Side Forum. But I say to her don’t backtrack, as Luke and James have predicted the outcome of speech: Out of thine own mouth will I judge thee, thou wicked servant.

For every kind of beast and bird and serpent and thing in the sea is tamed, and hath been tamed, by mankind. But the tongue can no man tame; it is an unruly evil, full of deadly poison.

Councilor Payne objects to the living wage of $10.10; and has been a main opponent to bus shelters being installed in the neighborhoods and other small amenities which will help the working and middle classes feel part of community.

Tim Conroy and Scott McDonough are replicas in public policy myopia of Hayek, Payne and Dobyns in seeing Iowa City as composed of Clinton Street on the north; Gilbert Street on the south; Iowa Avenue on the east, and the River Front Crossing creeping west shift-shaping like an amoeba — all supported and fueled by TIF.

The neighborhoods only exist in this paradigm to (financially) support the major development of the downtown area and its landowning oligarchy/class, the members of the Downtown Association-Chamber of Commerce Gang, Hayek–a major player, and his cronies who support the Official Mayoralty Slate.