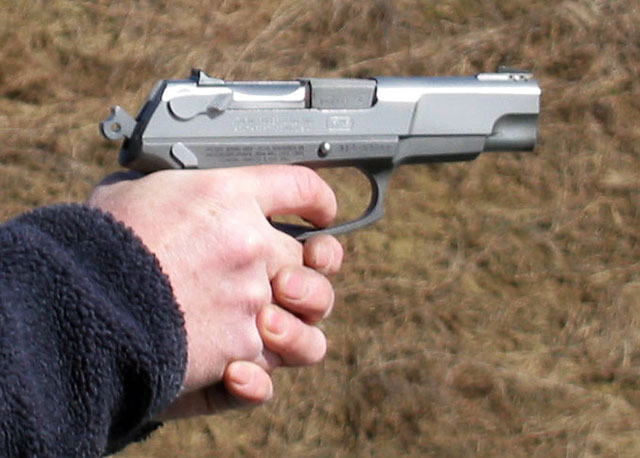 I used to love to read the news. Growing up in Iowa with an international family instilled a sense of curiosity about the world outside of the Midwest. My dad would get the New York Times on Sundays and I would read it from front to back, even glancing at ads for products I would never buy. I gained a certain satisfaction from knowing the current events of the day.

I now dread to read the news. Yes, my curiosity about the world still exists and the need for me to keep track of the 24-hour news cycle is important for work but I live in fear of another mass shooting or killing of an unarmed killing.

About a month ago, I moved to New York after receiving a fellowship with a human rights organization. In the two weeks before I left, there were two shootings, within two surrounding blocks of my parent’s home.

Needless to say, I was shaken up.

I saw the universal look of worried parents when I spoke to mine about the community that I grew up in. Sure, they were concerned about themselves but they feared for the kids who play basketball, jump rope, and ride their bikes around the Oakhill-Jackson Neighborhood.

Two weeks after moving to New York one of the deadliest mass shootings in history happened. At Pulse nightclub in Orlando, a safe space for the LGBTQ community, 49 people were killed and 53 more injured. This was especially painful as it was during Pride Month. Undoubtedly I was not alone in my shock for this senseless violence and I still grieve for their community today. Still several weeks later, no substantive policy change has happened at a federal level.

Just three weeks after Orlando, Alton Sterling and Philando Castile were shot dead by police in Baton Rouge and St. Paul, respectively. While we mourn their deaths, we continue the tireless search for answers as to why so many young black men are killed by police who shoot first and ask questions later. Gun violence and police violence are inextricably linked by the common thread of devalued life. When we conceptualize these deaths as mere numbers, we forget that these are our brothers and sisters, our friends, and most importantly, they are people with the right to safety and to life.

Guns claim the lives of over 30,000 people in the US every year. A frightening statistic, but nonetheless a number that’s easy to put out of your mind. In high school, I lost two of my peers to gun related accidents. My mother has students who have been forced to grow up with single parents or as orphans because of this pervasive violence. Unfortunately, we’ve reached a level where we all likely know someone who has been affected by this national crisis.

While there may be no immediate panacea for gun violence, there are direct steps we can take to change policies that allow anyone to buy a gun without a background check. We must fund our mental health facilities to prevent those with mental illness that may be a threat to others, or more commonly to themselves. We must teach our children the importance of safety. And most importantly, we must take an introspective look at what we tolerate as acceptable for our nation and the standard to which we hold those tasked with protecting us. It’s a national tragedy to lose 30,000 people every year to a preventable crisis. Like so many others, I grieve for those affected by gun violence and worry everyday that I’ll lose a friend, a parent, or child in our neighborhood.

These 30,000 deaths cannot be 30,000 isolated incidents. This is a crisis that we can prevent and should work tirelessly to do so. For the sake of humanity, let’s end this tragic ritual.