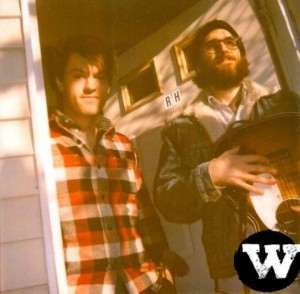 Welcome to another edition of the Weekender, and oh, is it an exciting one this week! This weekend you can pick and choose from world class comedy to world music and a whole lot in between. Mission Creek makes sure to stay on our radar with a killer indie show, the Barnstormer crew in Maquoketa hosts a slew of Iowa bands, and the Public Space One folks launch their second installment of the ICCSA. Ready? Let’s get started.

You might know Mike Birbiglia from his critically acclaimed comedy album, My Secret Public Journal or his three Comedy Central specials. Birbiglia’s career however, goes much deeper than standup comedy. In 2008, he performed a one man show off-Broadway called Sleepwalk with Me. The show was met with overwhelming critical praise from publications such as the New York Times and Time Out New York. After the show ended he published an award-winning book of short stories with the same name. Sleepwalk with Me was even made into a feature length film produced by Jacob Jaffke and Ira Glass.  His sophomore off-Broadway show, My Girlfriend’s Boyfriend debuted last year and he is currently taking the show on the road. His unique and innovative standup/theater performance resonates with audiences and critics, and is certainly a standout show in the Englert’s fall calendar.

Haitian “twoubadou” (troubador), Ti-Coca and his backing band, Wanga Neges have been creating and performing traditional Haitian music for over 30 years. In a country that has long endured political corruption and natural disaster, Ti-Coca and his band are some of the few people actively practicing Haitian musical tradition on a large scale. Amid the strong folk roots of indigenous Haitain musical style, there are also elements of modern pop. Over the course of their career the group has released just two studio albums, each of which are considerably difficult to find, even on the internet. Ti-Coca & Wanga Neges are a rare treat from a culture that deserves our attention.

The Codfish Hollow Barn is a regular stop on Daytrotter’s “Barnstormer” tour and hosts many other big name performances throughout the year. This “Barnstormer” show is a Democratic fundraiser, and will feature live music but some of Iowa’s most revered acts and a speech by Congressman Bruce Braley. Proceeds from the show will support  Iowa House representative Tom Schueller (District 58) and Former Governor Vilsack’s wife Christie Vilsack who is running against US Congressman Steve King in District 4. The musical lineup for the evening will include:

Woods have had a busy five or so years. Starting their own record label and putting out a solid release every year since 2006, the Brooklyn lo-fi aficionados have made a substantial splash in the world of indie music. The project began as an outlet for front man, Jeremy Earl’s somber solo songs, and has grown into a full on indie-pop staple. Their latest album, Bend Beyond opens up a whole new realm of possibilities for the ever-progressing band. Up until last month, we knew Woods as a band that made short and sweet nuggets of lo-fi pop, perhaps with a 10 minute kraut-rock jam thrown in somewhere. Bend Beyond is by far their most thought out record as far as arrangement and production value goes. Each song is tight and polished, a deliberate move made by the group in attempt to capture the full essence of their powerful live show in a recording. Labelmates, Purling Hiss will open with some grungy psych rock, along with local lo-fi legends, Wet Hair. This show is presented by Mission Creek.

The ICCSA (Iowa City Community Supported Art) is having a fancy dinner to kick of their second season. The ICCSA is modeled after the concept of Community Supported Agriculture, where “shareholders” pledge support for local farmers in return for a portion of the harvest. In this case, the shareholders support local artists. Shareholders receive six unique pieces of art from different artists over the course of a season. This event is an opportunity to become familiar with the program, meet some of the artists involved and will feature live music from Dustin Busch. Iowa City is one of the few communities in existence that offer anything like the ICCSA. Tickets are limited and must be reserved by calling Public Space One at (319) 354-2390. For more information, visit their website. Featured below is one of this season’s artists, Josh Black in action.