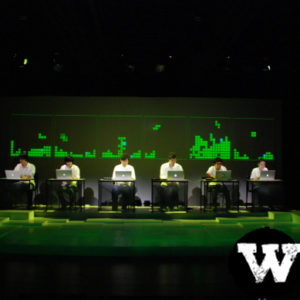 Hello and welcome to another edition of the Weekender. I’ve decided to cut out Thursday this week because it’s Thanksgiving and well, nothing is really happening. For those of us who are staying in town, it’s going to be pretty quiet around these parts for the next few days. That said, there are still a couple of worthy events happening in the area. Check it out.

The New Duncan Imperials crew have been going at it for over 20 years and have made their mark as one of Chicago’s most interesting and celebrated local rock acts. They have a very laid back, but self-aware approach to their art; they have an impeccable rock and roll sensibility, but perhaps tend to mock the genre at the same time. The band describes themselves as capturing the spirit of “white trash culture, Dada art, and Chuck Berry.” Their eccentric approach to promoting their own band has certainly turned some heads as well. They’ve created their own comic books featuring themselves, printed baseball cards of themselves, and mailed cheap televisions to local radio stations and clubs with just a photo of themselves taped to the screen. Their debut album, Hanky Panky Parley Voo has sold over 25,000 copies since its release, and they’ve put out countless records since then. Iowa City own Item 9 & the Mad Hatters open.

I put this one under “Saturday,” but I would like to make it known that Tacit Group will also be performing at the same time and place on Friday. It’s also going to be totally awesome. CSPS is one of only three tour stops for these guys, and it’s really like nothing you’ve ever seen before. More info from the Legion Arts website:

Using laptops as musical instruments, South Korea’s Tacit Group is revolutionizing live performance one megabyte at a time. The six-man group uses real-time projection mapping and computer graphics to create compelling soundscapes and stunning visuals. They represent a new breed of composer with a deep sense of play and a virtuosic command of algorithms.

Combining gaming and media art, Tacit Group reinvigorates the Korean written language, Hangul, in one piece, combining live improvisation with the shapes and sounds of the language. As letters are typed, they are projected on a large screen and paired with corresponding electronic sounds. From simple consonants, words and sentences are built into a digital linguistic orchestration.

In another piece called Game Over, the group creates music through live interaction with a Tetris computer game.

The group’s approach to music has proven a wild success in Korea. They’ve performed at major art venues in Korea, including Nam June Paik Art Center, Art Center Nabi and PAMS Choice. In 2011 they came to the attention of international presenters at Denmark’s Aarhus Festival. Tacit’s CSPS engagement is part of the group’s first US tour with additional stops at Lincoln Center for the Performing Arts and Chicago Museum of Contemporary Art.

I hope everyone enjoys their Thanksgiving weekend. If you don’t have any Thanksgiving plans tonight (and wish you did), shoot me an email. See you next week!