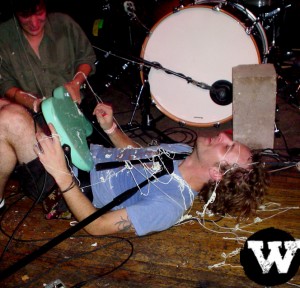 Hey y’all. Quick shout out to A.C., who generously took the Weekender responsibilities last week as I was suffocating in an academic pool of caffeine, sadness and sleep deprivation. Thanks, dude. It’s good to back this week though. I’m feeling fresh. Is everyone feeling fresh this week? Ready for some weekend tips? Let’s do it.

Steven Markowitz graduated college in 2010 and immediately got a job at Google. That’s a pretty awesome gig, but Markowitz decided to put Google on the back burner when his second life as a rapper began to take off. Under the moniker Hoodie Allen, Markowitz has released three albums and toured the country with acts like Das Racist and RJD2. His latest album, All American was iTunes’ top album upon its release. Hoodie’s got some quick wit and makes super relevant cultural references that make you think, “whoa, that just happened.” Hoodie Allen is poppy and fun. The Jewish kid from New York isn’t trying to be anything he’s not – not taking himself too seriously, but delivering some hot hip hop bangers.

I had no idea what I was getting myself into when I saw Deer Tick for the first time. I had heard the albums and enjoyed them, but nothing could have really prepared me for the madness of the live show. I have a vivid memory of front man John McCauley fearlessly and very nakedly leading his band late into the night on The Mill’s stage. It was a beautiful drunken mess. All that aside, the band’s sound is not compromised when mixed with alcohol. McCauley’s signature raspy voice remains captivating as ever, even when the band is going on two hours of live performance. Their last album, Divine Providence came out last year and the EP, Tim dropped in February. Bottom line: Deer Tick rules and this show is going to be rowdy. Teenage Mysticism and Turbo Fruits open.

I probably don’t cover as many readings as I ought to because really good ones happen quite often in this town. The Haunted Bookshop is hosting a good one on Friday though. Here’s the email I received from the event’s host, PATV’s Mr. Yale Cohn:

Book readings don’t always have to feature maudlin and sentimental memoirs about domestic abuse or testicular cancer scares, or thoughtful and well-meaning tomes about environmental pollution that are about as fun to read as a history of Brussel Sprout domestication. Well, maybe they do, but at least ours will feature the funny ones!

Hosted by local television personality Yale Cohn (www.talkingwithyale.com) our first event will feature an All-Star line up of local and national talent who will take to the stage to shake off the stuffiness all too often associated with reading events by reading some of their funniest material:

Larry Baker, author of “Flamingo Rising”, “Athens America”, “A Good Man,” and the upcoming “Love and Other Delusions.”
http://redroom.com/member/larry-baker

Joe Blair, whose just-published “By the Iowa Sea” is generating rave reviews.
http://joeblairwriter.com/

Joseph Dobrian, author of “Willie Wilden” and the upcoming collection of his journalism and essays “Seldom Right – But Never In Doubt.”
http://williewilden.com/

And last but not least, Polly Frost, who will be performing her show “How to Survive Your Adult Relationship with Your Family,” the following evening at the Englert Theater, and whose humor has been published in numerous magazines including The New Yorker, The Atlantic, The New York Times, Scene4 Magazine, Identity Theory, Exquisite Corpse, Art Design Cafe and Narrative Magazine.
http://www.pollyfrost.com/

Funny, irreverent and off beat, this ain’t your gramma’s reading series.

Dylan Ettinger of Bloomington, Indiana makes spacey experimental synth pop. He’s released a whole mess of things on the L.A.’s Not Not Fun, a label who is known around here for keeping a close eye on the Iowa City scene. A fitting example who is also on the bill: Cuticle, who recently released Mother Rhythm Earth Memory with Not Not Fun. Joining them is Iowa City’s Goldendust who have released tracks on local label, Night-People. Goldendust will release an LP on Night-People soon, I think. If you’ve never seen these bands before, go check it out. If you have, I don’t need to be telling you.