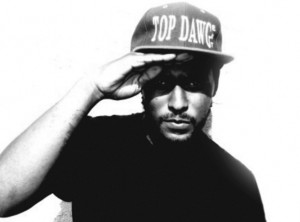 Hello everyone and welcome to the Weekender. I’m filling in for Steve this week as he prepares himself for the summer. I’m still preparing for the summer as well, but I have a little more time on my hands. Why that is? I’ll never tell. Anyway, enough stalling. Let’s get into this.

This showcase is the first of two hip-hop options on Thursday. The headliner for the night is VO Marley, an emcee with a good ear for choosing beats–a skill that cannot be overlooked. Additionally, his mixtapes have been excellent displays for his lyrical abilities and smooth delivery. This is a wall-to-wall solid line-up of hip-hop music coming out of the local scene, one which often gets passed over for any number of reasons, for the bargain basement price of $6.

The other show for this night also features another set of up-and-comers. Rather than hailing from Eastern Iowa, Schoolboy Q and Ab-Soul are from Compton and part of the Black Hippy crew, which has been getting considerable attention in the music world. Following successful albums like 2012’s Habits & Contradictions, Q has become a substantial force in the game right now with both his lyrical content and his exciting, varying deliveries. While Ab-Soul hasn’t reached Q’s levels yet, he is a solid emcee who has delivered some quality guest verses on Black Hippy tracks. Local emcee Shakes will be starting the festivities.

Friday will see Khaira Arby playing a show as a part of the Intimate at the Englert series. Hailing from near Timbuktu, Khaira Arby’s music does not share the same sense of mystery. Her music is immediate and pulsating with her wailing vocals moving in and out of the perpetual groove. While it is based in African styles, Arby’s music is also rather modern, taking cues from the blues among other forms of western music. Her music with its blending of east and west shares affinities with Group Doueh and Ali Farka Toure, who is Arby’s cousin. The jazzy cats of Bermuda Report will be leading off the night. Word of note: all seating is on the stage and is limited to 100 people.

For a band that was formed a little more than a year ago, Caterwaulla has moved quickly. The six-piece band has moved from struggling to fill a set to having a full album of material for release. This show is a celebration of that debut album’s release. Mixing classic and modern rock with the blues, Caterwaulla’s sound is one that urgent and, most importantly, really fun. Local acts Velcro Moxie and Item 9 & The Mad Hatters as well as Davenport’s As Big As A Mouse will be helping Caterwaulla to celebrate this momentous occasion in their short lives.

With that, I’m ghost. Steve will be back next week. If you want to read my regular writing, read On The Beat in every month’s magazine.