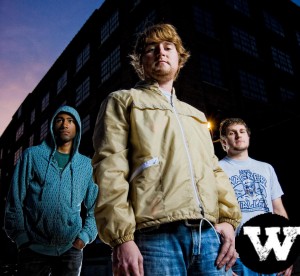 This is about to be a fantastic summer weekend. There’s a bike in movie, a mini music festival, a farewell show and more. But let’s go back to the festival before we discuss anything else.

I’m referring to the Firecracker 500 festival, which takes place over 3 days (Thursday, Friday, Saturday) at Gabe’s. The fest features mostly regional and local rock acts and the lineup this year is pretty dope. Check it out:

PATV and Uptown Bill’s are putting on their first in a series of four “Sizzling Summer Nights” events this evening. Tonight features art activities, a “Shakespeare open mic,” and a bike-in movie. Sizzling Summer Nights will happen every other Thursday until mid-August, so you will likely hear about these again in the future. Here’s tonight’s schedule:

Finnders and Youngberg are a nationally acclaimed bluegrass group from For Collins, CO. The quintet’s members are virtuosos on their respective instruments. Co-founder, Mike Finders grew up in Iowa, has been playing instruments since he was a young child and writes many of the songs. Aaron Youngberg was a founding member of Hit and Run Bluegrass Band which won both Telluride and Rockygrass band contests in 2003. If you’re looking to hear some rocky mountain bluegrass with Iowa roots, this show is for you. Farrelings open.

(For Friday I will refer you back to the Firecracker 500 Fest.)

Beat/synth man, Craig Eley is leaving town this summer which will mean the end of one of Iowa City’s favorite trios. Yes, this will be Datagun’s final performance. The show will take place on the stage of the Englert and tickets are limited to 100. Emperors Club will open, and then expect the ‘Gun to play a full set featuring their extensive and eclectic catalog. Datagun will release their newest album, LIME here as well. More on Datagun:

Datagun is looking for that perfect balance, the moment of divine intersection between noise and beauty, knowing that waves of noise can often be the most beautiful thing around. Yet, this band is also concerned with pop melodies and hypnotic patterns. Armed with a minimal set of tools — a sampler, a guitar, and a couple of keyboards — Datagun’s three members build their songs around simple pounding beats and erratic washes of guitar and synthesizer static. Embracing the valley-peak dynamics of post-rock, the insistent pulse of dance music, and the haunting vocals of British 80′s post-punk, Datagun are among Iowa City’s most curious bands. During their tenure, they released the album WILD, a cassette-split with Love Songs for Lonely Monsters, and a 7″ split with San Francisco’s Fake Your Own Death. This final show from Datagun celebrates the release of LIME, a new six-song album. Tickets to the show include free digital downloads of the new album.

Have a super weekend.