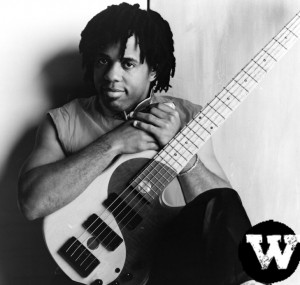 Due to Independence Day obstacles, I’m beginning with Friday as opposed to Thursday this week. That’s about all you need to know, so let’s get started.

As you might guess, He’s My Brother She’s My Sister is led by a songwriting brother and sister duo. Rob and Rachel Kolar, along with a tap dancer, lap-slide player and upright bassist make up the entire ensemble, making for an inevitably quirky and eclectic live performance. The Los Angeles band played over 200 shows across America this past year and have collected widespread critical praise along the way. With one EP under their belt, He’s My Brother She’s My Sister plan to release their first full length later this year. Sharing the stage this evening will be Davenport “bummer rock/sadcore” band, American Dust. Their lo-fi aesthetic could be compared to early Sparklehorse (RIP); the songs are well arranged and powerful. American Dust features former members of Mondo Drag and Quiet Bears, and current members of White Zephyr and Idpyramid.

You know Dick Dale from, you know, that one song from Pulp Fiction (listen below). While Dale’s version of “Miserlou” has been his most popular track, there is an iceberg of incredible achievements below the cultural surface. Dale is know as the King of the Surf Guitar. There has been a resurgence of the reverby aesthetic of surf rock in a lot of modern indie music right now, and this guy was the first to do it. He was one of the pioneers of reverb experimentation and used custom made Fender amps, including the first 100 watt guitar amplifier ever made. While Dick Dale gets up there in age, he continues to use much of the same gear as he did in the 1960s. Daddy-O opens.

Victor Wooten has his hand in a lot of pots at the moment. In addition to being a wildly skilled and admired bassist, he’s also a composer, author, and producer. Wooten has won “Bass Player of the Year” from Bass Player magazine three times in a row. Wooten will be with his band this time around, but also tours as a solo act. His discography is too extensive and widespread to even begin to explain. He’s played with/for a number of bands, most notably with legendary jazz/bluegrass group Bela Fleck and the Flecktones. Wooten is a five time Grammy Award winner. At the end of the day, Victor Wooten is, and will go down in history as one of, if not the best, bass player of all time. Iowa City natives and favorites, The Uniphonics open.