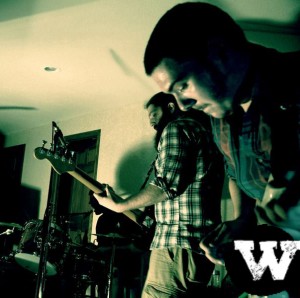 Hello and welcome to the first Weekender of 2013! I hope everyone is recovering from NYE celebrations, because it’s almost time to get back up and out there. Things are starting to pick up this weekend. We’ve got a few relatively rare performances from bands with Iowa City ties, one of which will take place in a pizza place (Pizza on Dubuque), so that’s fun. The only exception is Thursday. From what I can see, there’s just not much happening on Thursday. Unless I hear that I totally missed something, we’re going to save ourselves for Friday and Saturday in this edition. Cool? Let’s begin.

Each of the bands on this bill are equally exciting. They are all friends with one another and each project has established itself as a driving force in Midwestern music. The Western Front is one that I haven’t seen in a very long time, but it’s overwhelming presence is undeniable, as its members have gone on to work on numerous other projects (Wandering Bears, History, et al.). Minnesota-based indie folk group, Dewi Sant will be making the trip down as well. Front man, Michael Morris has worked with folks in bands like Cloud Cult, Caroline Smith & the Good Night Sleeps, Laura Gibson, and more. Sometimes he’s with a backing band, sometimes he is not. Both versions of the live performance are pretty darn captivating. Opening up the show will be the Iowa City/Fort Collins-based electro-folk duo, The Lonelyhearts. Comprised of John Lindenbaum and Andre Perry, The Lonelyhearts are often compared to Neil Young, and they cite him, Grandaddy, The Mountain Goats and Ghostface (yeah) as influences. These guys are currently in town recording a new album, and this will be a rare opportunity to see them perform all ten songs from the unreleased record live.

This one is just as the title says. Over the course of the night, eight acts will perform Elvis tunes in support of the Iowa City Crisis Center. If you don’t bring in a non-perishable food item, $3 gets you in the door. In the past, these temporary Elvis impersonators don’t mess around either. In other words, I would expect to see costumes and impressions all night long. They’ve gathered some of Iowa City’s finest for this one too. Here’s the lineup:

Followed by Ghosts is a post-rock band formed in 2006 by a few young folks in Waverly, Iowa. Over the years they have gained an impressive national (maybe international?) following. These guys are some serious, hard working dudes; right now they have three albums under their belt and a few deals with television and such (one of their songs was featured in an episode of Dancing with the Stars). They are living in different cities at the moment, so this show will be a unique treat (taking place in a pizza joint and all). Opening up will be local psych-rock weirdos, Techno-Lincoln, who are currently putting together their annual festival at Public Space One (we’ll get into that in a few weeks). Slemmon’s Run, also of Waverly, is on the bill too, along with Iowa City’s The Men From…Beyond.

Luke Gullickson, Chris Fischer-Lochhead and Ben Hjertmann make up Grant Wallace Band, and are all composers from Chicago that decided to create a musical project together. Their self-identification as an “outsider jazz” group makes sense when you consider the origin of the name of their project. Grant Wallace was an artist whose extensive fascination and experimentation with telepathy led him to create hundreds of drawings and other documents based on his supposed ability to speak with the dead. The unique ensemble consists of just a piano, viola and a voice. Their classical training in folk and jazz is the foundation of their smart sound. They are currently working on their first album.