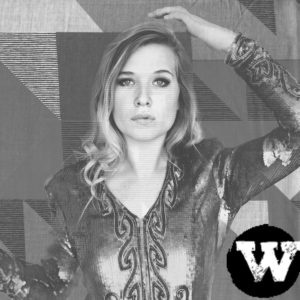 Hello and welcome to another edition of the Weekender. Here’s what’s happening in your chilly town this weekend!

Loewenberg’s captivating memoir shows how politics have had a profound influence on his life. Politics were the reason for leaving Nazi Germany, were pivotal to everyday life  as World War II unfolded, the focus of his own studies in becoming a political scientist. He tells of his experience being on the administrative side of University politics during the turmoil of the 1960’s and 70’s.

Gerhard Loewenberg is a Fulbright scholar, co-founder of the Legislative Studies Quarterly and is a Fellow of the American Academy of Arts and Sciences and a recipienct of the American Political Science Association’s Frank J. Goodnow Award for Distinguished Service. He lives in Iowa City.

Java House’s Java Blend series started back up this Friday and has invited Iowa City rockers, Slip Silo to kick it off. If you haven’t at least heard the name Slip Silo, you’ve either been living under a rock or just moved here. These guys have been creating music and heavily gigging around town since the summer of 2008. The former jazz students have each played in numerous bands over the years including Koplant No, OSG, Big Funk Guarantee, The Critical Hour and New Beat Society. They just released their first full length, Monsoons last year.

Java Blend is a free and open to the public, and takes place in the back of the Java House. Each performance is recorded and broadcast on Iowa Public Radio.

Brother/sister duo, Wild Belle seems to be generating a whole lot of buzz right now, both on the internet and in their home city of Chicago. They recently signed on to Columbia records and put out three songs from their upcoming album in November, each of which have music videos with hundreds of thousands of hits. Their songs all have this psychedelic reggae vibe with driving beats, spaced out atmospheric noises and brilliant saxophone hooks. The Wild Belle crew doesn’t seem to have any interest in heavy public self-promotion at this point. Both their Youtube uploads and abstract Tumblr posts looks like they were all run through a giant Instagram filter, and the only information they provide is that their debut album, Isles is due out in March. On tour with Wild Belle is Portland band, Ramona Falls. Founded by Brent Knopf after splitting from his other band, Menomena, Ramona Falls has released two critically acclaimed studio albums and features a rotating cast of touring and studio musicians. Local singer/songwriter, Milk & Eggs opens.

Yacht Club is turning 10 this month, and they’ve put together an entire day of live music and drink specials. To celebrate their first decade in business, it’s only fitting that the event is “10-themed.” Performing will be 10 bands for a cover price of 10 bucks. The bar will be offering 10 cent beers until 10:00 PM. Beginning very early in the afternoon, some of the Yacht Clubs biggest local draws will take the stage. The lineup includes Dead Larry, Zeta June, Item 9 & the Mat Hatters, Mumfords, American Honey, Bad Intentions, Velcro Moxie, Home-Grown, John June Year and Unnamed Acoustic. In addition to the marathon of music and beer, the venue will be releasing a live CD of regional regulars recorded at the club. The CDs are free and will be given to everyone in attendance. Owner Scott Kading says, “We love doing this and think this is a small token of our appreciation for people that continue to come to shows here. And with our new soundboard, which allows us to record every track from every show, this is out highest quality live CD yet.”

The Mill’s Comedy Showcase is back and better than ever in 2013! Come to the premiere comedy venue on Saturday, January 26th and see some of the Midwest’s best comedians. The doors open at 8pm with your host, Bobby Ray Bunch, kicking things off at 9pm. Tickets are only $6 at the door with great food and drink specials!
This months comedians are:

Nick F: A new face to the Iowa City comedy scene, this former resident of Maryland is making his first appearance at The Mill. Nick’s act is incredibly smart and witty so come see why he’s already establishing himself as one of the best comedians in Iowa City.

Tim Majetic: Tim is a Quad City based comedian and a father of teenage daughters, making his day job at UPS a welcome break from the craziness. Tim has opened for The Blacklist Improv group, he has emceed at The MVP Lounge in Muscatine, IA, and had audiences rolling in the IC4 comedy competition! Tim will surely leave the audience roaring and wanting more.

Andrew King: Andrew King is a member of the Blacklist Improv group in Rock Island, IL, and a staple in the Quad City comedy scene. Andrew has traveled the Midwest performing at The Laugh Factory, headlining the Establishment Theatre, and co-producing the very successful C4:QC Comedy Competition. Andrew’s brilliant and provoking comedy is a must see!

Colin Ryan: Colin Ryan is a 34, overweight, married Irishman with bad skin. He is living in the Midwest, because his wife could not work out how to use roundabouts. A bitter, obnoxiously, opinionated egotist, Colin is filled to the brim with frustration and fury at everything from his own mortality to the impending collapse of Western civilization. A grumpy never has been, with a stage presence which has been described as “repellent’ and “Unnecessarily hostile,” Ryan has opened for some of the best national acts in the United States such as Josh Blue, Greg Warren and Mike McRae, all of whom were bothered by having to perform after his set. Colin’s comedy stems from an undeserved sense of superiority and a smugness matched only by his resentment at having to live in a state which he wrongly considers beneath him. Also his accent is lovely.