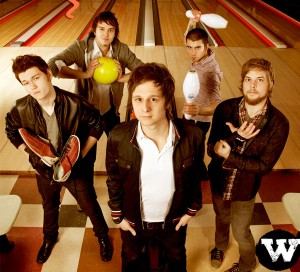 Hello and welcome to another edition of the Weekender. We’ve got a little bit of a party weekend ahead of us, complete with a dance party, an anniversary bash and, uh, a punk farm. A number of other musical and cinematic events are going down to fill out what’s about to be a pretty rad next few days. Let’s get in the groove.

A few of these soul dance parties have been cropping up lately, and this is refreshing for a number of reasons. So many dance party DJs in town rely on the usual crowd-pleasing hip-hop hits to get people moving. There’s nothing wrong with this, but there’s only so many times I can listen to “Monster” before I need a change of pace. And then there’s dubstep which, well, you either love it or you don’t. This is where soul steps in to give us a new energy fueled by (for many of us) some kind of false nostalgia. The music tonight will be from another era, as will the medium. These tunes will be spun on vinyl only by the likes of Mr. Kicks, Supa Rusty, Mr. Boogieman and Joe Derderian. Hosting the show is Diplomat of Solid Sound and all around solid dude, Doug Roberson. Get down. Downstairs at Gabe’s.

Mount Vernon, IA trio, Kodiak Flats likes to file their brand of country/bluegrass as “neo-traditional,” a coalescence of traditional elements of folk and contemporary subject matter. The three piece string ensemble consists of Jake Niederhauser, Jim Leland and John Waite will be accompanied by Gayla Drake Paul on violin tonight. I’m always impressed with a band that can not only write a well-arranged song, but can also shred on their instruments. Kodiak Flats is one of those bands. And if you’re one of those who is “too cool” to tap your feet to the music, forget it because you’re going to whether you want to or not. Go ahead, try it while watching the video below. I dare you. Opening the show is Iowa City staple, Sam Knutson.

I’m not sure if I have the authority to properly promote this one as I have not actually seen it yet, but everyone is talking about this movie. Instead of pretending I arrived at some plot synopsis all on my own without having seen the film, I’ll just give you the IMDB rundown:

On the night of her wedding, Justine is struggling to be happy even though it should be the happiest day of her life. It was an extravagant wedding paid for by her sister and brother-in-law who are trying to keep the bride and all the guests in-line. Meanwhile, Melancholia, a blue planet, is hurtling towards the Earth. Claire, Justine’s sister, is struggling to maintain composure with fear of the impending disaster.

Melancholia was directed by the often controversial Lars Von Trier, and stars Kirsten Dunst and Charlotte Gainsbourg. Take a look at the Bijou’s website for more showtimes and info, and check out the trailer below.

Josh Hoeks and Heidi Ratanavich have been hard at work on their most recent collaborative art installment. I’m not really sure how to approach this one, so I guess I’ll start by saying that it’s huge. The exhibition features a functional greenhouse pumping steam into an elevated yoga hot-room and an additional “lounge.” There is a portable cob oven, some fake clouds and a whole lot more. All of this is held up by 12-14, 2-3 thousand pound tree stumps. The open house will run most of Friday and into the evening. This is certainly something to check out ASAP because sadly, it will have to be gone by February. 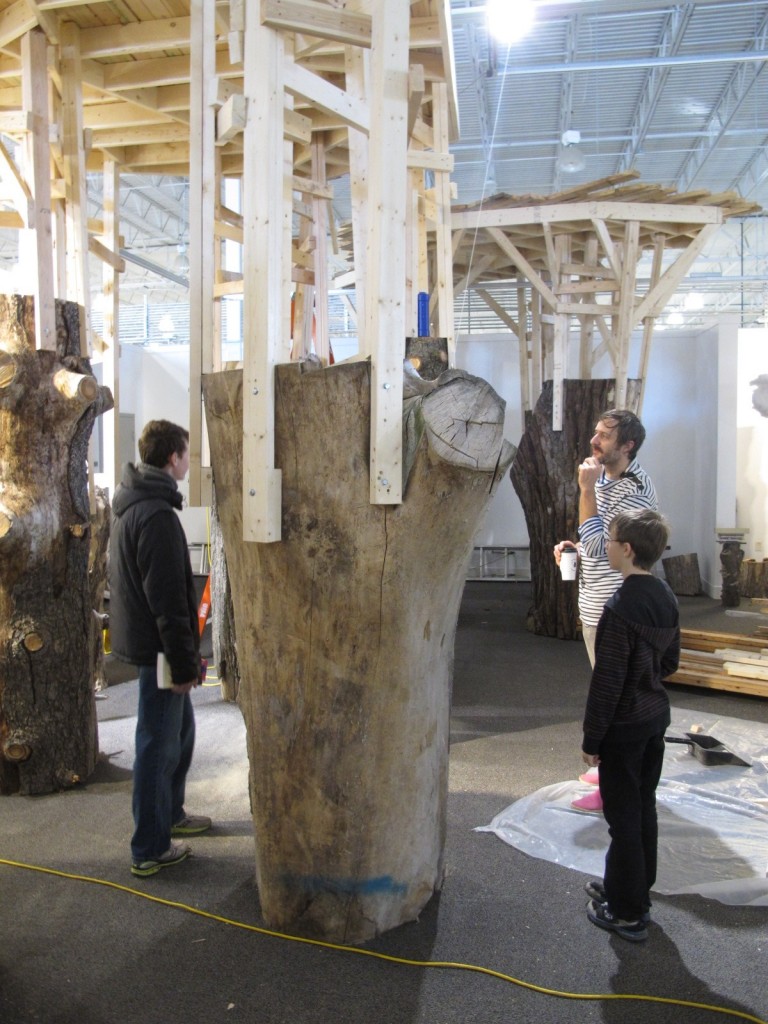 Minneapolis pop punk band, Quietdrive are currently touring their latest release Your Record Our Spin. Due to the popularity of their cover of Cyndi Lauper’s “Time After Time” in 2007 (a top 25 Billboard hit), the band decided to launch a Kickstarter account that would fund an entire album of cover songs. For every dollar donated, fans were able to put in a vote for what song they most wanted the group to cover on the album. Quietdrive has a solid, loyal fan base and front man Kevin Truckenmiller describes this record as, “a huge thank you to all of our fans who have supported us over the years.” Quietdrive has put out three (original) albums prior to Your Record Our Spin. Here’s one from 2010’s self titled release.

This January marks the beloved Iowa City Yacht Club’s 9th year in business and they’re celebrating with an extra-long evening of live music featuring 8 bands and a dance party. This year’s bash begins at 3:00 and ends at bar close, so get there early and be ready to get down. The acts on the bill (Big Wu with OSG, Aaron Kamm & The One Drops, Whistle Pigs, Tallgrass, Limbs, Dream Thieves, Club Find-a-Friend Dance Party w/CoolZey + Hayden Fried, Gone South, The Enz) all hail from either Iowa City or surrounding Midwest cities and represent quite nicely the eclectic nature of the venue. When we think of the staples of Iowa City music venues, Yacht Club sits comfortably in the top tier. Yacht Club has put on shows that will go down in this town’s history books, and that’s certainly worth celebrating. Keep it up, Yacht!

In conjunction with the Yacht Club show, Gabe’s will be hosting Punk Farm 2012, featuring some of the raddest bands in the area (Lipstick Homicide, Supersonic Piss, The Ills, Brains Brains Brains, The Blendours, Toe Tappingly Tragic, The Wheelers, Nebula Was, Drawn to Fury, Muddy Rails). Both the Yacht Club show and this one are going to be long evenings, so it might be a smart idea to alternate shows at your leisure to keep things fresh. Fellow LV contributor, A.C. goes a little more in depth about this two-club affair in his new column, On The Beat.

Before I sign out, I’d like to touch on what is perhaps Iowa City’s most heartbreaking story at the moment. As many of you know, the building that currently houses The Red Avocado and Defunct Books is scheduled for demolition at the end of the month. This will be their final weekend in business, so this could be your last chance to grab some Red Avocado grub before they are forced to vacate and hopefully relocate.  Watch “Talking With” below and check the Red Avocado’s Facebook page for more info on helping them move their things out of the space.