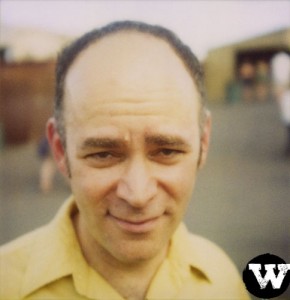 Welcome to the Weekender! Come on in and get comfortable and see what we have in store this snowy weekend. Temperatures have dropped and we’re seeing our first frozen precipitation after a freaky streak of wintery warmness. I usually try to avoid talking about the weather, but that was kind of nuts, right? Just as the weather is getting a little more normal, so is the usual flow of sweet stuff to do around town. Check it out, y’all.

Techno-Lincoln and the Technicolor Union // Public Space One// 7:00 PM // Donations

Weird electro psych-rockers, Techno-Lincoln and the Technicolor Union have taken over Pubic Space One this week in anticipation for an “Apocalyptic Holiday Wonderland!” – evening of music, art, “FOON”, and apparently Nerf guns. While their primary focus is music, Techno-Lincoln strives to engage the audience in an interactive, multimedia, sensory-stimulating performance. In an interview with the Daily Iowan, the band says a lot about themselves without actually giving out any real information. They all assume their mystical alter-egos, discuss their biggest influence (JBiebs), and the idea of FOON “which is not quite fun. It’s FOON.” The point is that they are goofy and strive to push conventional boundaries.

Husband and wife duo, The Parlour Suite hit the Mill with their super catchy throwback pop tunes tonight. Their songs reflect the aesthetic of an earlier time – singer Inga Robert’s vocals are sweet and reverbed out and are backed by her husband Joel’s clean, tube amp guitar lines. Comparisons could be made to Camera Obscura or M. Ward. Check out how gosh darn cute they are in the video they made on tour below. The Parlour Suite will be joined by Iowa’s own folk songstress, Milk & Eggs. Milk & Eggs is Jordan Sellergren and she released her first record last summer. She’s been busy playing shows around Iowa, has a Daytrotter session, and is certainly a favorite here in Iowa City.

The full title on the website is “FRIDAY THE 13TH INSANE BLOOD FILLED DANCE PARTY.” Who knows if there will actually be blood, but I can assure you it’s gonna get sweaty. The party features Coolzey and Hayden Fried making beats and spinning tracks. Expect hip-hop, reggae and soul music. To quote the flier, “Adults Only//Upstairs//Get Drunk?!”
SATURDAY

Mad Monks have been rocking Iowa City for a few years now, and man do they know how to rock. Here’s another band that tries not to take themselves too seriously while producing substantially intricate, thought out and face melting jams. The psychedelic blues rockers cite Jimi Hendrix, Alice in Chains, Captain Beefheart, gamma ray radiation, whiskey and intense shaolin training as major influences. Kung fu seems to be a theme on their Facebook page, so if you’re thinking about attending, proceed with caution. This could get dangerous. Opening up the evening will be Des Moines’ The Maw and Iowa City’s The Oculus.

The film adaptation of Judi Barrett’s 1978 children’s book, Cloudy with a Chance of Meatballs has been well-received critically and features a stellar cast including Bill Hader, Andy Samberg, Anna Faris, Mr. T, Neil Patrick Harris, Al Roker, Will Forte and more. Admittedly I have not seen the film version, but grew up with and adored the book which is why I’m excited to check this one out. The movie is a part of the One Book Two Book Children’s Book Fair and you can pick up your free ticket at the Sheraton downtown.

You may know Todd Barry as “the third conchord” in Flight of the Conchords, who tried to turn the band around with his obnoxious hit, “Doggy Bounce.” He has also appeared on Louie, The Sarah Silverman program, Chappelle’s show, has a Comedy Central special has made appearances on numerous other TV shows/films. The full laundry list can be found on his website. Go look through it and count how many times you find yourself saying, “ohhh, that was him?” This show will be his last of the tour before he hits up San Francisco Sketchfest, Vancouver Comedy Festival and SXSW in February-March. Some of his performances on this tour have sold out, so get tickets early if you want to be on the safe side.

Stay warm out there!