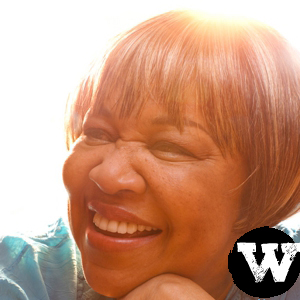 Hello and welcome to another edition of the Weekender. Enjoy!

Iowa City’s Home Ec. Workshop is putting on its fourth annual Craft Crawl this weekend. Attendees have four days (Thursday – Sunday) to purchase discounted items from 6 different local businesses, and participate in activities they have arranged. The more people in your group, the bigger the discount at each store. Only after you “Craft Crawl Card” has all six stamps can you enter it into a drawing for this year’s grand prize – a $25 gift card for each store. Here is the event list for the weekend:

Beadology Iowa: Bracelet making with a professional finish.  Bracelets will be made from Czech pressed glass with a sterling silver clasp. Group discounts: $21 if by yourself, $18/person with a group of up to 3, and $15/person for groups over 3.

Common Threads Quilt Shoppe: Tomato Pin Cushions to be made at the store or at home. The larger the group, the larger the discount. Kits are $3.00 each for the first 4 people. Anyone after that is free.

Home Ec. Workshop: Screen printing Craft Crawl 2013 T-shirts.  Bring your own blank T-shirt and screen print our image designed by local artist Greta Songe. No printing experience necessary. Cost is $10 to just print a shirt.  Print for only $8 with the purchase of craft supplies, which are 10% off if you do a screen print!

The Knitting Shoppe: Double woven stitch class and a dishcloth on the Sunday of the crawl.  10% discount with a craft crawl ticket.

Mavis Staples is one of the world’s most accomplished and respected soul/gospel singers.  Staples began singing in the early 1950s for her family band, The Staple Singers. Led by her father, “Pops,’ the band hit the road and gained considerable notoriety. It wasn’t until the late 1960s that Mavis began putting out solo records under her own name. Since then she has released 12 studio albums which have been produced by the likes of Prince, Ry Cooder and Jeff Tweedy. Her latest album, You Are Not Alone (produced by Tweedy) was released in 2011 and won a Grammy for Best Americana Album. Somewhat surprisingly, this was Staples’ first Grammy Award. VH1 has her listed in their list of 100 Greatest Women of Rock and Roll, and Rolling Stone listed her as one of the 100 Greatest Singers of All Time. Staples has also earned her spot in the Rock and Roll Hall of Fame. Supporting Staples will be Lake Street Dive, of which bass player Bridget Kearney has Iowa ties.

Rock show at Pizza on Dubuque! Four local bands will take the stage upstairs at the pizza place. The show will cost nothing. B.y.o.b., eat some ‘za, rock out ‘n stuff. Here’s the lineup:

Techno-Lincoln and the Techno Color Union

Chicago’s Mutts are pretty wild. I know this because I just saw them play at The Mill on Tuesday with Brooklyn band, Country Mice. It was about 4 degrees outside and the show was disgustingly under-attended. The three piece rockers that make up Mutts could have cared less. Lead singer, Mike Maimone belted out each song as if there were 500 screaming fans in the club. Once he stood up on his stool and played his keyboard with his shoe. Maimone and bass player, Bob Buckstaff started the band in 2009, but have been playing together in various projects since the early 2000s. For a free show in a coffee shop, this one should be interesting.

The second annual Punk Farm event will once again be taking place at Gabe’s this year. The lineup includes some of Iowa City’s premier punk acts. On the bill this year is:

To accommodate such a lengthy list of bands, the music will begin early and power through into the wee hours of the morning.

The Magistrate
by Arthur Wing Pinero

In a similar vein to the National Theatre’s smash-hit classic comedies, She Stoops to Conquer and London Assurance, The Magistrate is sure to have audiences doubled up with laughter. When amiable magistrate Posket (John Lithgow) marries Agatha (Olivier Award-winner Nancy Carroll, After the Dance), little does he realize she’s dropped five years from her age – and her son’s. When her deception looks set to be revealed, it sparks a series of hilarious indignities and outrageous mishaps.