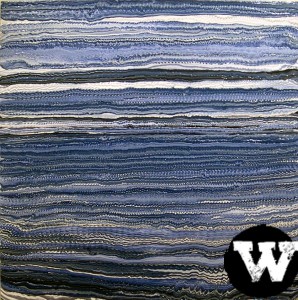 Welcome to another edition of the Weekender. I’m finding myself a little under the weather as I write this one. I don’t often like to cut corners, I might rely on other peoples’ words over mine this week, as my head feels like it might pop at any moment. We’ll call it “block quote crutches.” There is some great stuff this week though, so stay healthy and get out there!

The SantaLand Diaries is a story by David Sedaris, made popular by a 1992 broadcast on NPR. It has been adapted for the theatre by actor/director, Joe Mantello (Wicked, Take Me Out, Assasins). The Friday and Saturday shows are now sold out, so jump on these Thursday tickets if you want to go! From the Riverside Theatre’s website:

An aspiring actor new to New York City takes, in financial desperation, a job as an elf in Macy’s Santaland Village. The behind-the-scenes reality of holiday cheer is not the blissful peppermint dream that he had imagined.  Fortunately, he’s willing to share his hilarious horror story publicly.  An adult comedy for the little bit of humbug in all of us.

“I Dream of Delft” is an exhibition by Heidi Van Wieren. Working largely with just Elmer’s glue and ink, Van Wieren plays with the lighting of thick, three-dimensional layers. Her work has appeared all over the world. Some of her most recent exhibitions have been at Margaret Thatcher Projects in New York City and Roy Boyd Gallery in Chicago. From the Englert:

Inspired by the decorative patterns and colors of textiles, Delftware, and Delft tiles prevalent in her Dutch immigrant hometown in Michigan, artist Heidi Van Wieren infuses traditional ideas with modern aesthetics. As she writes, “These memories and ideas are the framework for my newest work: to make visual connection between process, decorative, cultural, aesthetic, and the personal.”

Chicago partymaster Willy Joy’s DJ sets and original productions have been packing sweaty dancefloors across the country from major festivals like Lollapalooza to sweaty illegal warehouse raves and Mad Decent block parties. His releases have been tearing up clubs across the country, getting support from the likes of Diplo, Crookers, Dillon Francis & BBC Radio 1. Willy represents the eclectic new dance sound coming out of the producers of the Windy City, rapidly changing styles and tempos with ease while always maintaining a frenzied, hands-in-the-air dancefloor. With near-constant touring throughout North America and beyond, Willy is set to blow up fast. URB Magazine named him one of the Next 100 artists to watch – come see him live and you’ll instantly know why. Willy is known for blending disparate sounds into a single, ecstatic, live moment.