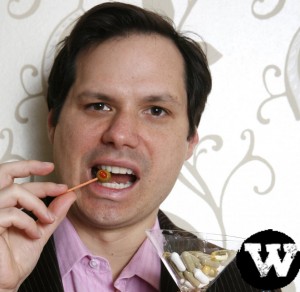 Hello and welcome to another edition of the Weekender. A new school year started this week. This means there are a heck of a lot more people in town, and more people tends to mean that more things happen. The Bijou is back and open for business this weekend, the SCOPE folks are starting to make new announcements, etc. Here is what’s happening this weekend:

New York Times Bestselling author, Cheryl Strayed was the anonymous advice columnist responsible for “Dear Sugar” on the popular website, The Rumpus. In February of this year, she revealed her identity and subsequently released her memoir, Wild: From Lost to Found on the Pacific Crest Trail. The book was the first to be selected for the re-imagined “Oprah’s Book Club 2.0,” and peaked at #1 on the New York Times Bestseller’s list. Strayed will be reading from her new book, Tiny Beautiful Things, Advice on Love and Life from Dear Sugar, a collection of new and unreleased advice columns. In addition to her book releases, Strayed has written articles and essays for publications such as  The Washington Post Magazine, The New York Times Magazine, Vogue and Allure.

Comedian, actor and author, Michael Ian Black has built himself a healthy resume. He started out in MTV’s sketch comedy show The State in the early 1990’s. He and fellow The State guys, David Wain and Michael Showalter went on to create their own sketch comedy trio, Stella which then became a criminally short-lived TV series on Comedy Central. Black has been a longtime host/contributor to VH1’s I Love the… series. He has a stand up special on Comedy Central and has appeared either as an actor or voice actor in more television shows than I can name here. Earlier this year he published his second book, a memoir entitled, You’re Not Doing it Right: Tales of Marriage, Sex, Death, and Other Humiliations, a more serious look into Black’s life and career. His style of comedy ranges from nonsensical to cynical to self-deprecating.

Beyond the Black Rainbow is Canadian writer/director, Panos Comatosa’s debut feature length film. It premiered at the 2010 Whistler Film Festival and was later screened at Tribeca in New York City and Fantasia in Montreal. The science fiction thriller is set in 1983 and follows the story of a young woman trying to escape her mind-controlling captor, a villainous Dr. Nyle.