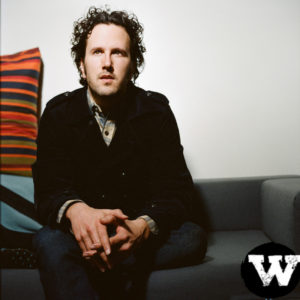 Welcome back to another edition of the Iowa City Weekender. I decided to go ahead and skip last week because let’s be honest, there’s not much I could have written about on Mission Creek weekend that hadn’t already been blasted at y’all in some form. I hope everyone got to enjoy at least a little bit of the festival this year. If you’re expecting a post-Creek lull this week, you might want to pay attention.

Country Mice sounds like a band that could have been born in the heartland, and they sort of were. Front man, Jason Rueger was born in rural Kansas but the band currently resides in Brooklyn, which makes sense. Their 2011 debut, Twister is a solid indie rock album with dash of country twang. The record is full of bright, dreamy, meandering and often intertwining guitar riffs. That is not to say that their sound is lacking a sense of groundedness; the songs are concise and the whole album is over in about a half hour. Little Village contributor, A.C. reviewed the album here. Local band, The Flying Liars open.

So the story goes, two childhood pals residing in two different cities (Chicago and Los Angeles) realized their mutual interest for music production and creating mashups and remixes. They decided to team up under the moniker The White Panda and have been working on their mashup project together since 2009. The duo has three albums under their belt, but releases a new track on their website once a week on, ahem, “Mashup Monday.” Check it out.

Chasing Shade is a local three piece rock band comprising of a few guys who met in college. I was going to introduce the band by name and respective instruments, but then realized that that would be confusing, as these dudes are talented musicians and don’t always stay behind one instrument throughout the course of a show. Not only are they all over the place on the stage, but their sound covers a broad range of genres and dynamics, as can be heard on last year’s debut album, Pen to Paper. There is a definite jazz influence in their intricate compositions. Many of their songs allow for a bit of a jam band aesthetic, but never rambles. They like to keep it tight. In January they released a single on their Bandcamp page to benefit the University’s “Dance Marathon.” Also on the bill is Chicago’s Jon Drake & the Shakes. This eight person alt-country ensemble consists of a trombone, trumpet, cello, violin, guitar, organ, upright bass and drums and should be quite the performance. The Chicagoist called them, “Indisputably the largest, most passionate and assiduous band in Chicago.” Whoa.

Our neighbor to the north, Mason Jennings of Minneapolis pays the Englert another visit on Friday. Jennings put out a whole lot of music with a steady following before signing to Jack Johnson’s Brushfire Records and releasing In the Ever in 2008. It seemed like I went to bed, woke up and everyone in the country was listening to that record, and for good reason. Jennings has become one of the most prominent singer/songwriters of our generation. He is currently touring in support of his 9th record, Minnesota, which seems to be a departure from his acoustic guitar-based sound in favor of the piano. Minnesota generally features more instrumentation than his previous efforts and sounds more like a full, folk rock album at times. Fun fact, Jason Schwartzman plays piano and sings backup on the second track, “Raindrops on the Kitchen Floor.” I recently wrote about opening band, The Pines‘ Cedar Rapids CD release show, and while I couldn’t attend the show, I can attest that the album, Dark So Gold is fantastic. With roots in Iowa City, this Minneapolis based group is a perfect fit for this show.

San Fransisco jammers, Howlin’ Rain was created by Ethan Miller in 2004. Miller’s first band, Comet on Fire had been a longstanding staple of California psych rock music. Howlin’ Rain began as a side project but has now taken priority. Madison’s Badger Herald described the quintet as  a “combination of psychedelia, blues, funk and classic 1970s arena rock,” and that’s pretty much the only way to put it. Their February release, The Russian Winds has a big sound which incorporates belting vocals, reverbed out electric guitar solos, rock organ and an occasion horn section which is surprisingly fitting. Howlin’ Rain is currently signed to American Recordings, a subset of Columbia Records with the guidance of Rick Rubin. Local band, Caterwaulla opens with some blues rock with attitude. Caterwaulla is fronted by vocalist Lauren Murphy and cites Joan Jett, The White Stripes, Jefferson Airplane and the Black Keys and influences.

As you likely already know, Euforquestra are Iowa City natives. The seven piece jam band relocated to Fort Collins in 2008 to continue pursuing the project. Their credentials are impressive, having toured or otherwise collaborated with Gin Blossoms, John Brown’s Body and members of Phish and String Cheese Incident. They have performed countless festivals, including the one they started in 2003, Camp Euforia. Joining Euforquestra is Minneapolis jammers, Roster McCabe. Known for their high energy live performance, Roster McCabe are “warriors of the road. Creators of funky reggae dance rock” and distributes all of their music for free on the internet.


Be good. And if you can’t be good, be careful.