Poet and Iowa Writers’ Workshop instructor Elizabeth Willis is the author of the collections Turneresque (2003), Meteoric Flowers (2006) and Address (2011). She is the recipient of a Guggenheim Fellowship, and teaches at the Iowa Writers’ Workshop. Willis talked with Little Village regarding her newest collection, Alive: New and Selected Poems (2015, NYRB), and its nomination for the Pulitzer Prize. She discussed Walt Whitman, Emily Dickinson and how poetry could help humankind love better and surpass its idiocy.

I heard a funny story about how you discovered you were a finalist for the Pulitzer Prize for your collection Alive.

I was returning to Iowa on an early morning flight, and my connector got canceled in Chicago, so I was stuck at O’Hare. I didn’t want to miss my class that afternoon, so I figured I’d skype them. Anyway, the connection was so bad we decided to reschedule the class, but before we hung up, they kept saying something I couldn’t understand, and we all started laughing, which only made it harder to understand. Finally it sounded like someone said “you’re a finalist for the Pulitzer,” at which point I figured either I was mishearing them or they had gotten the information wrong, so they texted me a link. My phone was dying and I wasn’t sure what time my flight would get in, but I told them I would stop by George’s on my way home. Five or six hours later, they were all there with a drink waiting for me. It was incredibly sweet. And it was great to get the news from them. They’re an amazing group of poets who are smart and kind, and they’ve been really important people in my life this year. 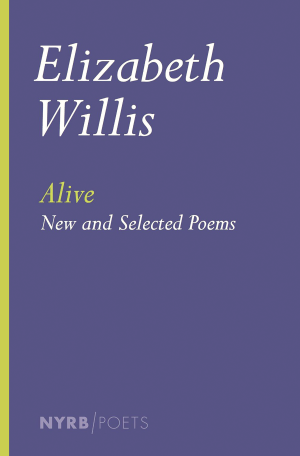 The collection is organized chronologically. Did this reveal some ordering logic?

Each book I’ve published has its own logic, so I wasn’t sure about the idea of creating a selected volume in the first place. And I didn’t know if there would be any clear movement from start to finish. I considered putting the new poems first since they are the closest to what I’m thinking about right now and that’s what I most want people to read, but it turns out there’s more of a narrative and developmental arc than I thought there would be, and I didn’t want to force some other pattern on it. There are tropes or ideas that are there in the beginning that I’m still working out. There’s a going-to-hell moment at the beginning of the book, and a going-to-hell moment at the end, and I liked the way that bookended the collection.

These aren’t your collected, they’re a selected — how did you decide?

It was a mix. I wanted the book to cohere as its own thing, and I wanted it to be representative of my work, but I also wanted it to function practically, so I tried to include the poems I’m most likely to turn to if I’m giving a reading. The poems I feel compelled to read are the ones I’m still learning from, the ones that seem relevant to me in ways that are often different from when I wrote them, and that doesn’t necessarily mean they’re the most polished. But then I don’t really like the idea of polish — of shining up a poem. Poems are living things …

I was at a seder last night and a friend said our experience of the divine was in interruption.

I would say that too. And it’s so true for poetry. I mean, I try to allow myself to be interrupted when I’m working. But in a more general sense, so much of the pleasure we experience with language is the pleasure of surprise.

What do you think we can learn about humans by looking at our language, our poetry?

Language is something human, something we’ve made. It teaches us something about how the mind works. What is possible with human consciousness; what you can hold in the mind? Language evolves, as the rest of the world does, and poetry is a way of both tracking and shaping that evolution. It is not just about invention or play or self-representation. It carries you. It takes you someplace else.

So much can be learned in life and in art when we relinquish control.

Yes, and artmaking is a combination of intentionality and improvisation. By allowing yourself to not completely control it, you get to be surprised in the process.

And your surprise will be the reader’s surprise.

Right, and in that act you and the reader are closer. The poem is talking to both of you. You make a leap, hopefully.

I love the leaps in “The Young Blake.”

“The Young Blake!” Do you want to know where that poem began?

In California, my next door neighbors named their baby Blake. I love William Blake, and I kept thinking about the fact that Blake was living next door. Crying in the car, doing whatever. Who is to say he wasn’t having visions or forming opinions about innocence and experience? I love the pleasure of that subject rhyme, though I wasn’t sure if it would make sense to anyone else. The leaps can be mysterious, and sometimes they remain mysterious. May I borrow your book?

“Primeval Islands” is the poem I was looking for. There are a couple of poems where I felt I was being addressed, where something was talking and I was taking it down.

Yeah sorta. Okay, the poem says, “I, Walt Whitman.” I’m not Walt Whitman, but there it was. And then the next line, “with Texas in my mouth.” He’s someone who could have had a senator from Texas in his mouth and he also had something as expansive as Texas in his mouth. He had Leaves of Grass in his mouth. And then it moves to, “Dismiss this fantasy” — in other words, “Don’t be speculating about my sex life,” as people so often do with Whitman. It has nothing to do with my experience, but that is where the line led, to Whitman at midnight, cruising in Washington D.C. Telling me what he was doing, then telling me not to stare.

And then to Robinson Crusoe.

Robinson Crusoe on Mars — which is actually the title of a B movie. I was kind of obsessed with that story, which is problematic in so many ways. But I think it has something to do with the poet’s experience. You’re part of the world but also a stranger to it. Whitman was, in a way, stranded in his vision, walking around the capital as George Oppen later walked Manhattan, writing a poem in which Whitman appears, on the island that had been his city too, and we’re back to Crusoe. We’re shipwrecked.

The space the artist occupies.

Yes, though we experience the wreckage differently. “I’m walking through this wall of air to comfort my senate,” says the Whitman in the poem. Percy Shelley said poets were unacknowledged legislators, and wasn’t that Whitman? Legislating something about the American language, the American sound.

It makes me think of the grackles in New York. They’d sing like the ambulance sirens and the car alarms.

Poetry has as much to do with listening as it does with writing, maybe more. The sound of our physical environment, our political environment affects our language. It shows us our limitations. Those grackles are telling us something by mimicking.

But art is more than mimicry.

Of course! If all we are doing is representing what we see around us, the view is limited. Recognizing that we don’t know what’s ahead leads us to more interesting places. A poem is an intervention into human consciousness. How can we think better, how can we do better?

Love better! Perceive better. What can we learn from the world, learn from other forms of life, that can help us surpass the idiocy of our species?

Some of the Turneresque poems feel like an encounter with not knowing.

That’s true. In the poem “September 9,” I was taking a walk and this incredible sky appeared. It was like being interrupted by a Turner painting. I’m thinking, “This is Turneresque.” And it goes from there. It collided with me as if it were an oncoming car. It was announcing itself.

Tim Taranto is a fiction writer and managing editor of Little Village. This article was originally published in Little Village issue 198.