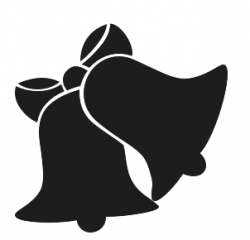 If you’re like me, Christmas songs probably send you into a murderous rage that ends with a trail of bloody reindeer and a decapitated Salvation Army Santa (those incessant ringing BELLS!). Fortunately, I have a plan to combat this musical menace that does not involve bloodshed. What you need is an impenetrable aural force field that negates the ill effects of holiday cheer, though of course that’s easier said than done.

A useful weapon in this fight is the “Instru-Mental” genre, which I explored in last month’s column. This term refers to mind-expanding music without words–lysergic soundscapes that are more about texture than lyrical texts, and which generally avoid the standard verse-chorus-verse song structure. A couple examples that come to mind are Stereolab’s hypnotic Moog synthesizer-powered space rock and the ADHD rhythm changes of electronic dance music auteur μ-Ziq (pronounced “Music”).

Through the miracle of modern technology, you can turn just about any environment into an anti-Xmas sound art installation space. All that is needed is a digital music player, speakers, and an Internet connection. With enough bandwidth, one can subject others to my massive thirteen-hour-long compilation of Instru-Mental songs (some tracks, like Miles Davis’s “He Loved Him Madly” and Unrest’s “Hydro,” break the thirty minute mark). This playlist can be put on repeat until Dec. 26, or until everyone goes batcrap crazy.

The adventurous among you can strap a powerful battery-operated stereo system to your chest and blast mall shoppers like a sonic suicide bomber. Those who are more introverted might opt to stay at home and wear headphones that block out the soundtrack to the Winter Wonder-Hellscape. Either way, you are contributing to the death of Christmas as we know it. (Jesus may have died for our sins, but upon resurrection the son of God will surely kill himself when he hears the music that bears his name.)

When fending off peppy lobotomized carolers, nothing is more helpful than pulsating waves of drone-rock, demented disco, trippy instrumental hip-hop and squelches of electronic detritus. With that in mind, let me recommend a few choice nuggets from my carefully curated ILLboard Hot 100 list. Vladimir Ussachevsky’s “Piece For Tape Recorder (1956),” the earliest track, is at least a half-century ahead of its time. His tape manipulations, analog synth eruptions, reverb effects and subtle ambient arrangements combine to produce an eeriness one might expect from the director of Blue Velvet.

Speaking of David Lynch, his longtime film composer and collaborator Angelo Badalamenti shines on “Mountains Falling,” a characteristically unsettling track from Mulholland Drive. Soundtrack music has provided an endless well of inspiration for noir-hop artists like Portishead, who sampled Lalo Schifrin’s “Danube Incident,” among others. That Schifrin track–like much of his peerless work in the 1960s and 1970s–remains a touchstone of lounge psychedelia, as does the Quincy Jones track also included in my compilation. Throw in the brain-busting minimal techno of Plastikman and the woozy post-rock of Bowery Electric, and you have a roadmap for a trip into inner space.

Beginning in January, I will host a KRUI program titled “Instru-Mental Madness” that explores every corner of this musical universe. If unidentifiable sonic shrapnel happens to penetrate your skull, don’t worry, that’s not the sound of your head imploding—it’s just my radio show.