This student-organized documentary film festival brings a selection of shorts to downtown Iowa City. Here are some highlights.

Co-hosted by FilmScene, the Bijou film board and the UI College of Liberal Arts and Sciences, the Iowa City International Documentary Film Festival (IC DOCS) will run for its 12th season, April 17-19 at FilmScene. The festival seeks to provide a nominally competitive forum for short works of experimental documentary film in order to consider alternative views of what it means to document, and indeed what it means to experience reality itself. Free and open to the public, IC DOCS is entirely student organized and will feature both locally-produced and international films no longer than 30 minutes in length.

This year, IC DOCS will host two jurors: Dani Leventhal and John Gianvito. Leventhal is a prominent filmmaker whose work has been collected by such institutions as the Museum of Modern Art and Yale University, and also a former resident at the Wexner Center and winner of the Milton Avery Fine Arts Award. Gianvito is an established feature film director whose 2007 documentary, Profit Motive and the Whispering Wind, was voted best experimental film of the year by the National Society of Film Critics. Gianvito has taught film history and film production for many years at the university level and has served as curator of the Harvard Film Archive. Both Gianvito and Levanthal will be awarding prizes to select films throughout the festival.

Burn Out the Day 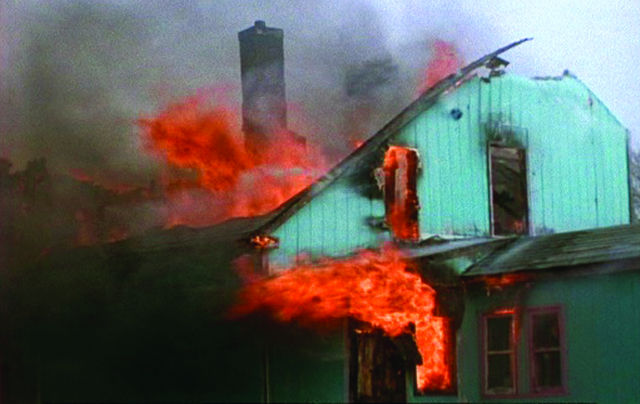 In their 1982 music video for “Burn Out the Day,” Blue Oyster Cult sets a car on fire and a bunch of unidentified people come to watch while the band, dressed in sleeveless lamé, ill-fitting blue jeans and unnecessary leather armbands plays their song in front of it. They were clearly living for giving the devil his due. In Freyer’s documentary Burn Out the Day, a similar, but more modern, group of Iowan observers dressed in hoodies, cheerleading uniforms and those cheap-looking jeans with snaps on the pockets watch an abandoned house burn to the ground despite the best efforts of somewhat disengaged local firefighters.

Burn Out the Day is elegiac in every sense of the term. Time passes, things fall apart, entropy wins. As this happens, assorted individuals stop to watch and to absorb all the pathos which this burning house conveys. Some of them bring lawn chairs. Freyer, a former UI cinematic arts professor, seems to suggest in her film that, just as natural disasters or school shootings are said to bring a community closer together, smaller everyday losses and occurrences of destruction may have the same effect. This film also seems to suggest documentation as a communal project, which of course all history inevitably is, and seeks to collect the individual reactions to a shared event into a coherent short film. 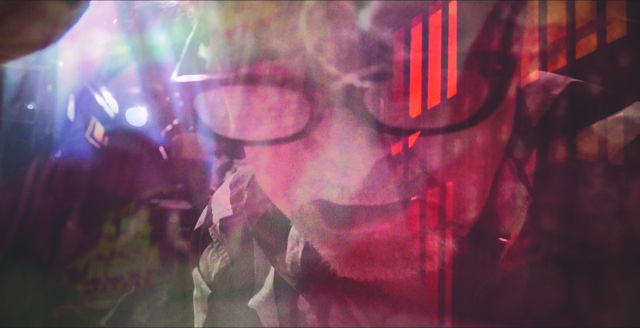 What will happen to all those tweets and text messages saved on your phone when new technology arrives? When we start communicating by trans-osmosified thought fusion, will the NSA still care about databasing your suspicious emails? Georg Koszulinski, a recent University of Iowa MFA graduate, thinks they won’t and that this very abandonment may present a new opportunity to make political art. He presents this notion through his film Frontier Journals 03: Aztec Baldwin Collage, a fractured documentary about Craig Baldwin, a collage-style filmmaker in San Francisco whose main themes deal with the colonial history of Spain in the Americas. Baldwin is interested, to use his own words, in “surfing the wave of obsolescence” and utilizing cast-off technologies like filmstrips, VHS and audio cassettes to retell the historical narrative of Spanish conquest from a more radial perspective.

Koszulinski’s document of this filmmaker is itself a pastiche: The documentary uses interview, found footage and extended, un-contextualized video of Native Americans in ritual costume performing a dance ceremony as an alternative way to celebrate Day of the Dead in San Francisco’s Mission District. His short film pays a sort of indirect homage to fringe artists and the important role they play in re-conceptualizing social understanding. It also presents a found-object type of filmmaking that mimics the often-disconnected way our life experiences occur. 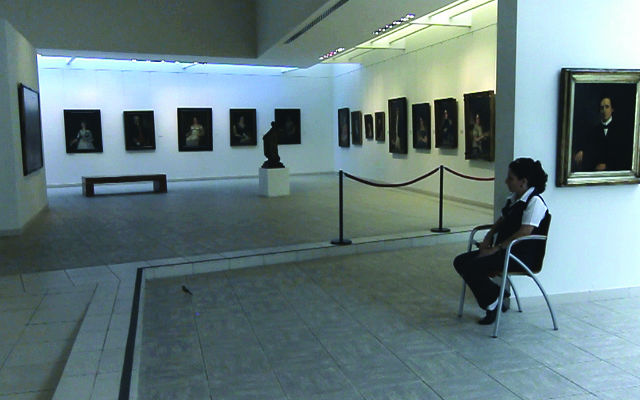 Pilar Álvarez’s film Beautiful, Beautiful, Beautiful! is hardly a straightforward documentary. If it has a subject, it is Cuba’s National Museum of Fine Arts in Havana, where the entire film was shot. The camera explores the holdings of the museum, focusing tightly on details of paintings from the colonial period to modern day. Interestingly, this museum has closed, and the film presents voices of past visitors that seem to linger. As we track across the empty, darkened spaces of the museum and across the more lively spaces of the paintings, we hear the ambient noise of a bustling museum. The voice of one man in particular guides us through the paintings we see, as he describes his reactions to the paintings and gives us a glimpse into his personal life and emotional history.

In its melding of documentary, narrative and essayistic forms, Beautiful, Beautiful, Beautiful! gives us a complex meditation on art, museum space and personal meaning that evokes Alain Resnais’s documentary shorts of the 1950s. The opening tracking shot along the path of a white ceiling beam recalls Resnais’s similarly deliberate explorations of architecture, particularly his Tout la mémoire du monde (1956), on the Bibliothèque Nationale in Paris. Unlike Resnais’s somewhat cynically-presented library, Álvarez’s museum is not a holding cell for books, constructed by a society with what Jacques Derrida would later call “archive fever.” Instead, a museum is a lively space that gives us access to other spaces, including those within ourselves. As the unnamed narrator elliptically observes after being moved by a painting of abandoned boats, it is “as if this were the whole world; as if life were like living inside a museum.”

Let Us Persevere In What We Have Resolved Before We Forget

Let Us Presevere in What We Have Resolved Before We Forget is set on the South Pacific island of Tanna, Vanuatu, where the “cargo cult” of the messianic figure John Frum still remains prominent. More than 30 years after decolonization, the people of Tanna await the return of Frum, who promised to help them cope with the changes brought by the white man. The documentary explores this forgotten waypoint of the colonial domination through beautiful imagery, shot on 16mm. The island as represented here is intriguing and a bit strange. The film gives us a very specific sense of place and the details—the jungles, the ocean and the active volcano—that shape the lives of the people living there.

The six-minute film Ghostly Pulsations engages with the philosophical question of the distinction between human memory and recording media by attempting to document the “things that went un-filmed and un-caught.” Of course, as a found footage film, it consists of things that people did record, but the film is damaged, sometimes indecipherable, overexposed, upside down, backwards, burnt or scratched. Focusing on life in the “border region between Mexico and the United States,” it shows the importance of faults, interstices, re-orderings and mis-rememberings that typify human experience and memory but that aren’t recorded in media archives. In Ghostly Pulsations, the border region between Mexico and the States (including home movie footage of Disneyland in Anaheim) meets this border region between life and its storage in our memory.

Correction: A previous version of this article stated the two jurors, Gianvito and Levanthal, selected the films to be screened during the festival. The films were actually selected by students involved in the project. Little Village regrets this error.

Warren Sprouse teaches in Cedar Rapids and watches movies in Iowa City. He has 265 movies on his Netflix queue but still feels that going to the cinema is more fun. Pat Brown is a graduate student in the Department of Cinematic Arts at the University of Iowa.