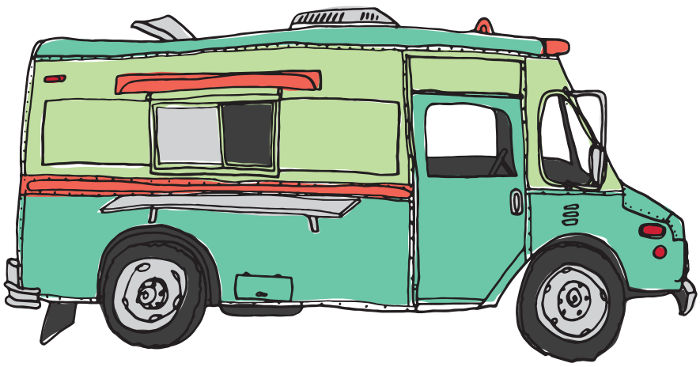 Across the country, in cities like Portland, Minneapolis and now Des Moines, food carts have become popular, not only for diners who enjoy the often quick service and lower prices, but also for many entrepreneurs who want to cook creative food but may not have the capital to invest in a storefront.

The area culinary scene includes some food carts, but due to relatively strict food-service laws, as well as pushback from local brick-and-mortar restaurants who worry about competition, many are only able to operate at seasonal farmers’ markets or during downtown festivals. This is a shame, because outside of the five food stands currently licensed by the city to set up in the Ped Mall, there aren’t many mobile food options.

The city has already made efforts to expand opportunities for mobile food vendors. In 2014, the city launched a mobile food-vending pilot program, which Fruin says could have gone a lot better than it did. Five food vendors were present at the program’s launch in mid-July, but by its conclusion in late October only two remained, due to issues with low pedestrian traffic and overall lack of visibility. According to Fruin, even the food stands that participated until the end have since indicated that they would not be interested in participating if the same program were offered next year.

“I think we can take those lessons and apply them to some regulations in a manner that expands mobile vending opportunities, yet doesn’t compete directly with the brick-and-mortar restaurants,” Fruin said.

In collaboration with city staff, Fruin put together a memo — reviewed by the directly affected mobile vendors — for the city council, which proposed two options to help expand mobile vending: One is a new mobile food pilot program in a different area of town, possibly Riverfront Crossing, but definitely nowhere near the center of downtown; the other proposes that the council make wholesale changes to laws that currently prohibit mobile food vendors from selling their goods on public property.

While it is clear that vendors face some hurdles, with support from several city departments and ongoing cooperation from the vendors themselves, it’s easy to be optimistic about the chances of seeing more mobile food vendors in Iowa City over the coming year.