Arabella Mansfield was born Belle Aurelia Babb just outside of Burlington, Iowa in 1846. By the age of 23, Mansfield would become the nation’s first woman to be admitted to practice law, clearing a path for generations of women — including four of Iowa’s foremost orators, teachers, attorneys and civil rights activists — to take up the practice in the 150 years since. 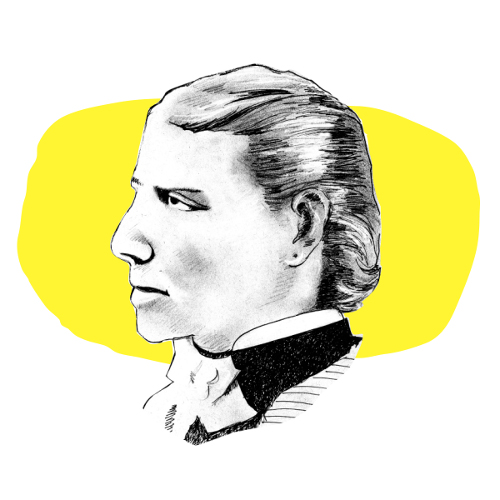 Arabella’s father left the family home when she was 4 years old to search for gold out west. Two years later, he would die in a mining accident, leaving her mother to raise Arabella and her brother Washington alone and grieving. And by any objective measure, she did it well: Both Babb children were wildly successful. Washington left home to join the military and returned just in time to graduate in 1866 from the same class at Iowa Wesleyan College as his younger sister: Arabella the valedictorian, Washington the salutatorian.

As a teenager, she would go by Aurelia. It was while she was in college that she would leave “Belle Aurelia” behind entirely to become Arabella.

Arabella Babb spent a year teaching at Simpson College before returning to Mount Pleasant to work on her masters degree. She began a self-study of the law from her brother’s law office, a study that would continue after her marriage to John Mansfield, whom she had met in college.

What is a brilliant, highly educated, self-starting, intellectually curious newlywed and legal mind to do in 1869? Take the bar exam, of course. Here’s the catch: Iowa Code specified that only white men could take the bar exam. Arabella Mansfield stomped into the courthouse, contested the provision and was allowed to take the exam.

And so, in June 1869, Mansfield took the Iowa Bar exam, passed the Iowa Bar exam and proceeded to never practice law — despite the fact that the examiners dubbed her exam “the very best rebuke possible to the imputation that ladies cannot qualify for the practice of law.”

She did, however, continue teaching at her alma mater Iowa Wesleyan, and established the Iowa Women’s Suffrage Society. Mansfield served as head of the 1870 Iowa Woman’s Suffrage Convention, and was praised by peers including Susan B. Anthony and Elizabeth Cady Stanton.

The Des Moines Register called Mansfield “a woman ahead of her time in a forward thinking state.” 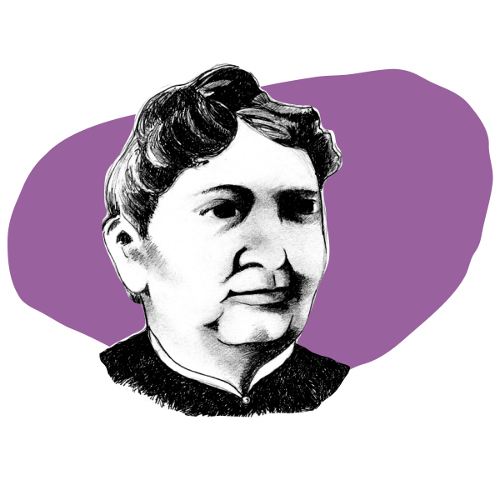 Unlike Mansfield, Judith Ellen Foster put her admission to the State Bar of Iowa to use in the customary way: by practicing law. She was, by all accounts, the first Iowa woman to do so, and would come to be known as “the Iowa Lawyer.”

Foster (née Horton) was born in Lowell, Massachusetts in 1840. After graduating from seminary and working as a teacher, Foster studied law and was admitted to the bar in Clinton, Iowa in 1872. Three years later, she was permitted to practice law before the Supreme Court of Iowa.

While she began her legal career as a solo practitioner, Foster eventually joined forces with her second husband, Elijah Caleb Foster (she and her first husband divorced, a rare occurrence for the day, especially for a religious woman). Her career spanned several prominent legal and social issues, and Foster worked to secure both prohibition and women’s suffrage, in addition to working with the Taft Commission, the American Red Cross and the U.S. Department of Justice. Her articles and speeches supporting the temperance movement were popular in both the U.S. and Europe; Foster was hailed as “one of the most talented and entertaining lecturers among the women of our country” in the DeWitt Observer in 1874.

While Mansfield and Foster were pioneers for women in law and activists in the first-wave feminism movement, they undoubtedly benefited from their status as white women. It would be nearly 50 years after Mansfield’s victory — 1918—before the state would admit its first black woman, Gertrude Rush, to the Iowa Bar. (The first black woman to practice law in the U.S. was Charlotte Ray of Washington, D.C. in 1872.) 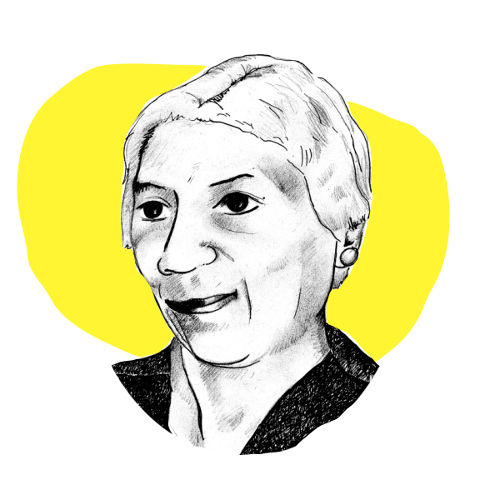 Gertrude Elzora Rush (née Durden) was born in Texas in 1880, the daughter of a Baptist minister. Her family left the South later that decade and settled in the Midwest. She spent nine years teaching before she married and began to study law in the Des Moines law office of her husband, James Buchanan Rush. Gertrude Rush later finished a bachelor’s degree from Des Moines College in 1914 while concurrently completing a final year of correspondence legal study with LaSalle University of Chicago.

Rush passed the Iowa Bar exam and was admitted in 1918. When her spouse died several years later, Rush took over his practice. She was elected president of the Colored Bar Association in 1921, and in ’25, after being denied admission to the American Bar Association, Rush joined four other black lawyers in founding the organization now known as the National Bar Association. 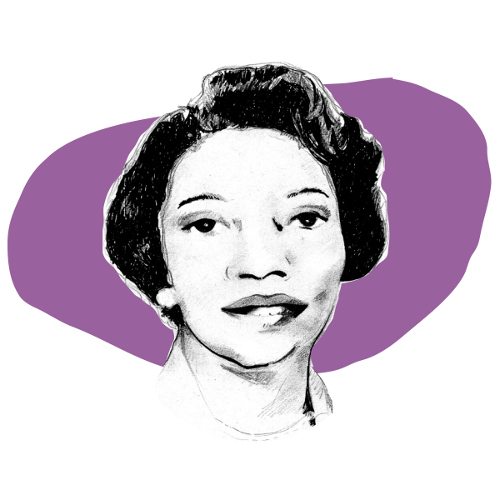 When Willie Stevenson Glanton became Iowa’s second black female attorney in 1953, at the cusp of the Civil Rights Movement, she was following in her parents’ footsteps. Born in Hot Springs, Arkansas, her parents’ extensive civic and political activism would prove a strong influence on Glanton, leading her to respond to the inevitable inquiries into her future career goals at just 11 years old by saying she intended to be a lawyer so she could “free up people.”

After attending college in Tennessee and law school in Washington, D.C., Glanton worked in D.C. for seven years before marrying and moving to Des Moines, where she struggled to find a landlord willing to rent office space to her. But by 1955, she had settled into a law office, and by 1956, she was the first black woman to become an assistant county attorney in Polk County. She and her husband—the Honorable Luther T. Glanton, Jr., Iowa’s first black judge — toured much of the African continent in 1962 on assignment by the Kennedy administration to improve relations between the U.S. and Africa during the Cold War.

But presidential confidence and accolades offered no shield when a brick crashed through the window of her law office. About a month later, Glanton discussed Midwestern racism in an address at the 1963 Farm Bureau conference.

“All the condemnation is not due the South,” Glanton told a crowd made up largely of white women. “Bigots speak out while the good people sit by silently, shuddering with disgust and fear.”

In 2010, Glanton was awarded the American Bar Association’s Margaret Brent Women Lawyers of Achievement Award, given to female lawyers who open doors for other women in the profession. That same year, she celebrated Martin Luther King Jr. Day with Barack and Michelle Obama at the White House.

Glanton joined Mansfield and Rush in the Iowa Women’s Hall of Fame. Her death in 2017, at the age of 95, led to national mourning. 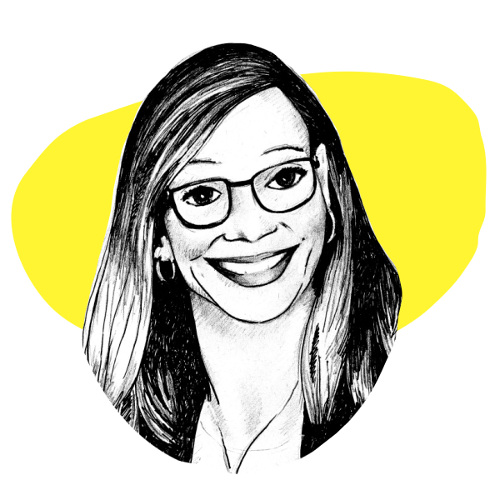 Iowa attorney Ellen Krug’s business card reads “writer, lawyer, human.” To get into a little more detail: Krug is a Cedar Rapids native, Coe College and Boston College Law School graduate, author, columnist, activist and one of the only attorneys in the nation to argue jury trials as two separate genders. She is also reportedly the first transgender person to try a case in the Iowa Supreme Court.

Krug’s professional career as a litigator was highly visible when she transitioned in 2009. As a public speaker, Krug shares the story of her very public transition(s): yes, from presenting as male to female, but also from a member of a highly privileged majority — wealthy, male, high-powered attorney — to a frequently marginalized minority, risking financial insecurity, harassment and assault as a transgender, female, nonprofit professional.

“My personal journey in part has been about coming to understand who I am,” Krug writes on her website. “This has taught me many life lessons far beyond grappling with being a transgender person. As I tell audiences, I’m simply a survivor of the Human Condition — it’s just that my survivorship is far more public than for most.”

Krug oozes charisma. I met her when she came to give a talk in Iowa City in 2015. Open, honest and engaging, Krug is a compelling storyteller. She is also the founder of the Minneapolis nonprofit Call for Justice, an organization that connects low-income Minnesotans with legal services.

Expressio unius est exclusio alterius — the expression of one is the exclusion of another — is a common maxim used in interpreting the law. When Arabella Mansfield pushed back against the Iowa law that expressly stated only white men could take the bar examination, she argued that this common maxim ought not apply to her. And the court agreed, ruling, “upon appeal, the affirmative declaration that male persons may be admitted, is not an implied denial to the right of females.”

In the 15 decades since Mansfield fought for her place in the bar, Foster, Rush, Glanton and Krug and thousands of other women have used the intelligence and self-determination that suit them to the practice of law to do precisely that: be lawyers.

Christine Hayes Ralston lives, works, writes and reads in Iowa City, and is a graduate of the University of Iowa College of Law. She has a great story about that time her puppy got sick on an airplane that involves returning home in a flight attendant’s spare uniform. She’ll tell you about it sometime. This article was originally published in Little Village issue 259.