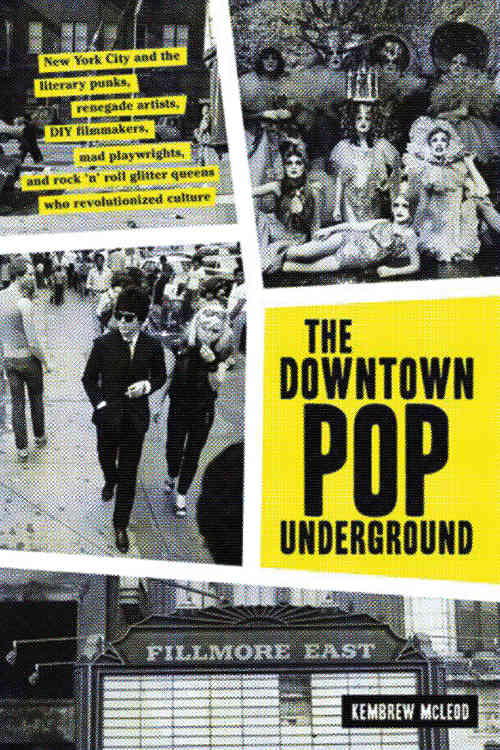 Ed Sanders grew up in western Missouri, in the small farm town of Blue Springs. After briefly attending the University of Missouri, he hitchhiked to the East Coast in 1958 to attend New York University. “I soon was enmeshed in the culture of the Beats,” Sanders recalled in his memoir, Fug You, “as found in Greenwich Village bookstores, in the poetry readings in coffeehouses on MacDougal Street, in New York City art and jazz, and in the milieu of pot and counterculture that was rising.” He also began volunteering at the Catholic Worker, a newspaper founded by activist Dorothy Day that was dedicated to social justice.

In 1962, the political poet decided to publish his irreverent mimeographed zine, Fuck You/A Magazine of the Arts, after a transformative experience viewing Jonas Mekas’s film Guns of the Trees, which featured Sanders’s literary hero Allen Ginsberg. The next day, in a fever of inspiration, he typed the first issue of Fuck You on a Catholic Worker typewriter using mimeograph stencils and colored paper that he “borrowed” from the newspaper.

Dorothy Day was furious when she found out, so Sanders then produced an issue of Fuck You using equipment found at the Living Theatre, a place where provocative aesthetics and left-wing politics aligned. “I went down to DC with the Living Theater to be a part of the Great March on Washington on August 28, 1963,” Sanders said. “I brought along my Bell & Howell [movie camera], plus a satchel of the freshly published issue of my magazine.”

The Holy Modal Rounders’ Peter Stampfel, who also joined Sanders in the Fugs, recalled that many Beat-era writers contributed to Fuck You. “The first inside page would be a rant by Sanders,” Stampfel said, “like, ‘Free Grass!’ or ‘Group Grope’ or ‘Total Assault on the Culture.’ Basically, his rant was more interesting to me than the rest of the magazine.” Fuck You consisted mostly of provocative poetry and experimental prose that often contained a healthy helping of expletives, such as Tuli Kupferberg’s “Fuck Is God” and Carol Berge’s “I Fucked a Bear and Found God,” found in Volume 2, Issue 5.

In another issue, Sanders mentioned that Stampfel’s musical partner Steve Weber supposedly had a wild all-night sexual romp with a gazelle in the Central Park Zoo. “Because I’m so gullible,” Stampfel recalled, “I thought, ‘Oh my God, that is so cool.’ ” For the Village Voice’s Richard Goldstein, Sanders embodied the spirit of the underground. “What I really loved about Fuck You,” Goldstein said, “was that each copy supposedly had a genuine drop of the editor’s sperm on the cover.”

Sanders met many interesting and prominent people during this time, but nothing compared to the thrill of befriending Allen Ginsberg in 1964. “When I was first exploring New York City in 1958 and 1959,” Sanders enthused, “I never thought in a cycle of centuries that I’d ever become friends with such a hero.” He first met Ginsberg in front of Gem Spa, a newsstand located on St. Mark’s Place that sold chocolate egg creams for a quarter. St. Mark’s Place was a three-block street that terminated on its east side at Avenue A, in front of Tompkins Square Park, and to the west of Second Avenue it turned into East Eighth Street — a major throughway to Greenwich Village.

Gem Spa was a popular hangout, where poet Ted Berrigan held court, smoking unfiltered Chesterfields while surrounded by younger poets such as Andrei Codrescu. “It was my first time staying in New York and I’m having a wonderful extraterrestrial floating experience,” Codrescu recalled. “I saw Ted outside Gem Spa, and I just rushed him and said, ‘Ted, I’m on acid!’ And Ted just looked at me and he said, ‘Yeah. I always wondered how it would feel to kill somebody on acid.’ And I just thought it was the greatest, most wonderful thing to say. I just followed him around like a puppy for the rest of the day.” (Berrigan also founded his own mimeographed zine, C: A Journal of Poetry.)

Ted Berrigan got to know Ed Sanders through the mimeo zine scene, which anticipated the kinds of back and forth that occur on today’s social media platforms. They often contained gossip and announcements about what was going on downtown, which was another way Warhol and others kept their ear to the ground. They also shared images via mimeo publications, like the time Warhol provided Sanders with the cover for an issue of Fuck You (a black-and-white frame from his 1964 movie Couch). Berrigan recalled, “There got to be groups, because there were a lot of people . . . because we had a magazine — that’s how you get a group, I think, you start a magazine.”

These zines were part of the growing nation’s alternative media network in the 1960s, with underground newspapers popping up throughout America (the Berkeley Barb and Los Angeles Free Press in California, Iowa City’s Middle Earth, and many others). “Whether they lived in large cities, suburbs, or in the hinterland,” media historian John McMillian noted, “young people forged connections to distant underground scenes through radical newspapers.”

They helped spread the word about everything from peace rallies to a hoax rumor about smoking dried banana peels to get stoned (which continues to circulate to this day). A crazy idea hatched in a downtown loft could create a ripple effect across the country thanks to these indie media networks.

This column was excerpted from Kembrew McLeod’s new book, The Downtown Pop Underground, from a chapter titled “Ed Sanders Incites an Indie Media Revolution,” which focuses on this radical writer, activist and frontman of the legendary underground rock band the Fugs.