The Des Moines Social Club is holding its grand opening party on Saturday, May 10 at 5 p.m., featuring a keynote by renowned artist and musician David Byrne. The non-profit arts and entertainment venue is located in a newly-renovated firehouse at 9th and Mulberry Street in Des Moines, where it has been conducting limited programming while workers complete the restoration process.

In April, Des Moines Juice explained how Social Club Executive Director Zachary Mannheimer managed to snag Byrne, arguably one of the coolest people on the planet, for its grand opening celebration:

Zachary Mannheimer, executive director of the Social Club, said he started giving Byrne more thought as an artist following a series of blog posts the musician made in July about his time Des Moines while headlining last year’s 80/35 Music Festival. In October Byrne wrote an editorial about New York, in part discussing how gentrification has made it tougher for artists in the city…

…Byrne’s editorial struck a chord with Mannheimer, who had left New York to start the Des Moines Social Club for many of the same reasons. While driving back to Des Moines from the Austin City Limits Festival a few days later, Mannheimer was discussing the idea in the car with his brother-in-law. His suggestion to Mannheimer: Why not try to talk about it with Byrne?

“I found his email and later that night wrote to him about how I agree very much with what he wrote and why I love New York and what I’m doing now,” Mannheimer said. “I sent it at probably 1 in the morning and by 7 the next morning he had already responded.”

Byrne’s post-80/35 blog posts, available here, took an unexpectedly intimate look at life in Iowa, sincere enough to make even the most jaded Iowans blush — if only for a moment or two.

“I saw people out and about, and I thought to myself—this is America as it’s supposed to be, or close to it,” Byrne mused on July 6, 2013. “It’s imperfect, but people here seem to have found a way of living that is not based around either extremes of manic striving or desperation. It may not be cool, but it might be beyond cool. Here among the winding creeks and fields of corn they may have arrived at some kind of secret satisfaction.”

The grand opening will also feature live music by Land of Blood and Sunshine, Dustin Smith and the Sunday Silos, Tires and Maxilla Blue.

Slam poets from RUN DSM will also take the stage, and several area theatre companies including Repertory Theater of Iowa, StageWest Theater Company and the Iowa School of Burlesque. The Spot Food Truck will be on-hand in the venue’s courtyard.

Check out some photos from the Des Moines Social Club below, including shots of Malo Restaurant and Capes Kafé: 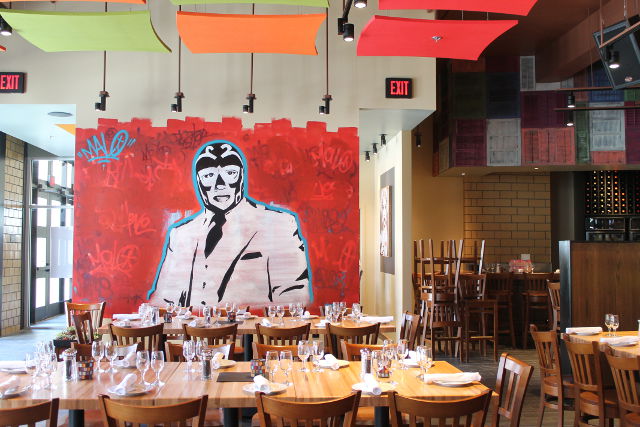 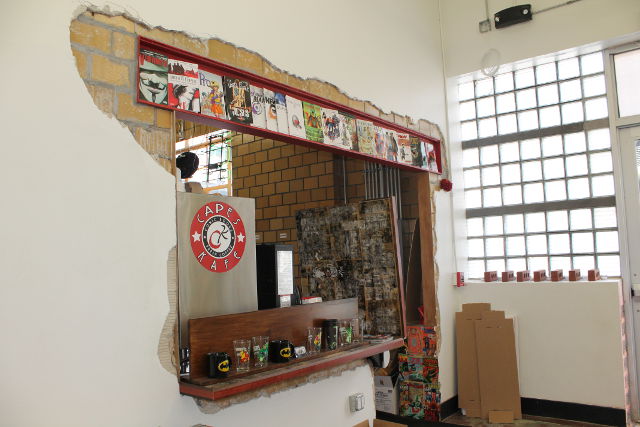 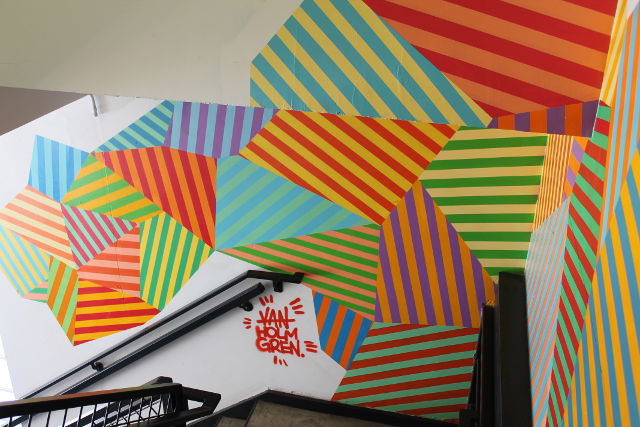