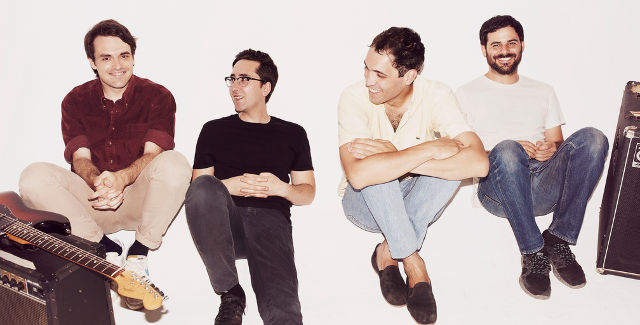 Delorean is a four-piece band that made a big splash on the indie rock scene in 2010 when they signed to True Panther Sounds, an imprint of Matador Records. While they had been making music together since 2000, the deal with True Panther gave them a global audience, something that had been out of their reach for the decade prior. While every band wants to go global, Delorean needed to go global because they have such an intercontinental sound. Delorean uses its core set-up of a drummer, bassist, keyboardist, and guitarist to explore various realms of electronic and pop music.

The electronic sound is influenced by the Balearic beat that surrounds them in their adopted hometown of Barcelona. It provides the driving core of many of their songs and gives them the thump that they need for the dancefloor. This EDM core anchors their brand of dreamy, haze-filled version of indie pop, recalling acts like Au Revoir Simone, School of Seven Bells, Tamaryn, and Cocteau Twins. The overall effect simulates that of old New Order, creating a sound that would sound excellent on a pair of headphones as well as throbbing over a club soundsystem. This diverse mix allows them to bring a unique sound to appreciative audiences all around the world. Delorean is a band that has hit their stride and are going to be extremely fun to see live. This is a show to put on your calendar.

Update: Delorean’s show at The Mill is on Saturday, not Sunday as previously mentioned. Little Village regrets this error.