On August 3rd, 2013, Dana Telsrow will present the debut event of Dana T’s “Singer-Songwriter” Series. He has created this series as a part of his three-month stay at the PS·Z FREE STUDIO RESIDENCY®. Some of you may have heard that T has retired from art. Of course this is definitely, totally true. This series will give him the opportunity to experiment with curation and lecturing, as well as being a fine and respectable host.

While it is called Dana T’s “Singer-Songwriter” Series, the event will display one-person acts of various disciplines. The premiere will feature music, poetry, and comedy from local and regional acts. Dana T will give mini-lectures on Possibility, Infinity, the 4th Dimension and more between sets. The show starts at 8PM on August 3rd, and will be held at ps·z (lower level of the Wesley Center, 120 N. Dubuque St). Admission is $5. Check out the Event Page on Facebook. 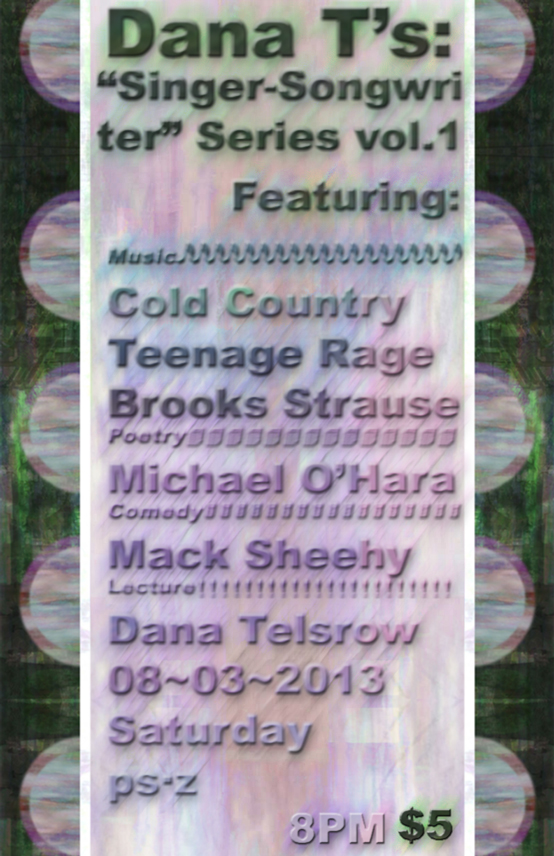