Redemption Songs: A Year in the Life of a Community Prison Choir 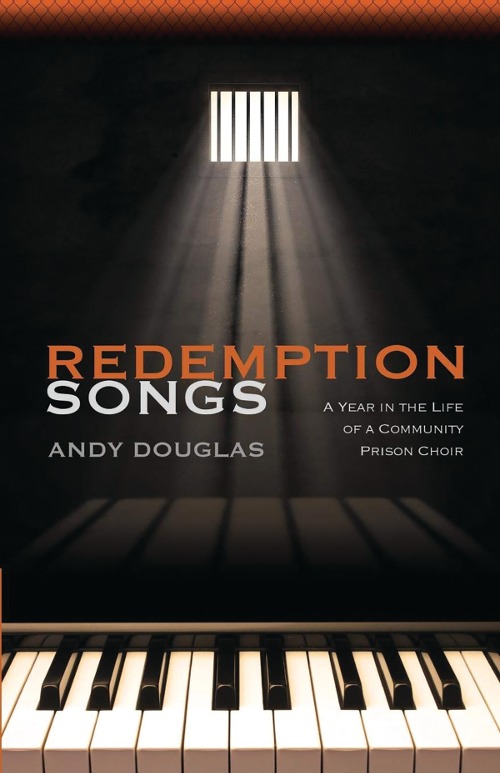 What can music do for the incarcerated soul? Turning trauma into personal transformation, music and art creates a nest in even the most locked-up hearts.

Iowa City author Andy Douglas explores this idea in his 2019 book, Redemption Songs: A Year in the Life of a Community Prison Choir. Douglas has been an “outsider” member of the Oakdale Community Choir, led by conductor Mary Cohen, for seven years. His book takes us on a season-by-season tour of his experiences. Making music together — singing in a group — affects both insiders and outsiders alike in very powerful ways.

Tyrone, an inmate quoted in the book, says, “I want you to know that the choir is a shining high point of our week. When I leave rehearsal, I go back to my cell, all hyped up, and my cell-mates are like — ‘What’s with you?’ We just appreciate you guys so much.”

Readers might find themselves wanting to sing along. The book’s other strengths include moving lyrics written by prisoners themselves and reflections by experts who work with prison populations.

The storytelling would be stronger had we gotten to know the prisoners better. It is difficult to tell which inmate he is talking about when he just uses a first name and a vocal section. Despite this drawback, anyone who works in the public service sector, who believes in social justice or who aspires to “love thy neighbor” would benefit from reading this book.

This article was originally published in Little Village issue 268.