Loudermilk: Or, The Real Poet; Or, The Origin of the World 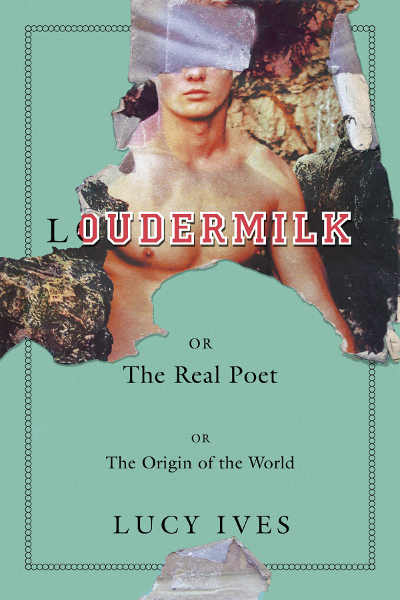 The latest novel from author and Iowa Writers’ Workshop graduate Lucy Ives, Loudermilk: Or, The Real Poet; Or, The Origin of The World, is a richly textured satirical tapestry that entertains with highbrow gusto.

The title character, Troy Augustus Loudermilk, and his confidant, Harry Rego, make the journey to Iowa in a 1999 Land Cruiser after conning their way into a preeminent creative writing graduate program in 2003.

Troy is a philistine slacker with chiseled features who has “no fear of being labeled lazy.” His friend Harry Rego is “at the center of things, but invisible due to his friend’s outsized shine.”

Despite not being writers of any stripe, with Troy’s “looks” and “ideas” and Harry’s “brains” and “spirit or whatever,” they plan to leech off their funding and fake it till they make it.

What follows is a comedy of errors featuring jaded pseudo-intellectual posers, beer-guzzling bros engaging in “the homosocial rituals of landlocked patriarchs,” chain-smoking high school mallrat girls in “black jeans and Doc Martens” and other amusing specimens.

In the novel’s afterward, Ives describes the character Loudermilk as a libertine, “a sort of a philosophical construct” that is not real. However, “the entities that give rise to him (institutions, the law) have a vital and domineering reality.”

While there is the disclaimer that “This is a work of fiction,” the best satire heightens or exaggerates its subjects while preserving the truth. Loudermilk achieves this, making a challenging statement without becoming a tedious sermon.

As hilarious as John Kennedy Toole’s A Confederacy of Dunces and the works of Terry Southern, this novel is in a class of its own and deserves recognition as such.