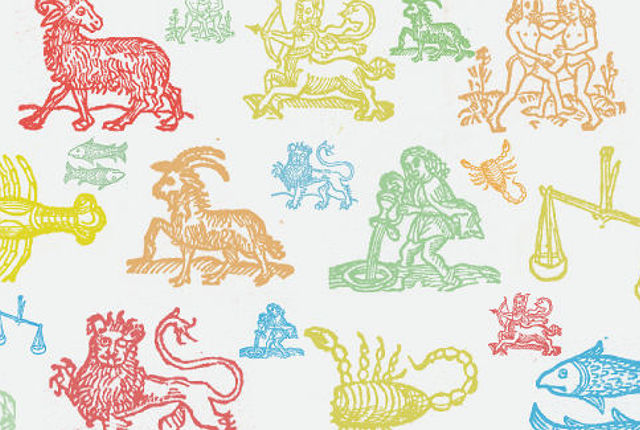 LIBRA (Sept. 23-Oct. 22): The poet E. E. Cummings said, “To be nobody-but-yourself — in a world which is doing its best, night and day, to make you everybody else — means to fight the hardest battle which any human being can fight; and never stop fighting.” On the other hand, naturalist and writer Henry David Thoreau declared that “We are constantly invited to be who we are,” to become “something worthy and noble.” So which of these two views is correct? Is fate aligned against us, working hard to prevent us from knowing and showing our authentic self? Or is fate forever conspiring in our behalf, seducing us to master our fullest expression? I’m not sure if there’s a final, definitive answer, but I can tell you this, Libra: In the coming months, Thoreau’s view will be your predominant truth.

SCORPIO (Oct. 23-Nov. 21): “When you do your best, you’re depending to a large extent on your unconscious, … because you’re waiting for the thing you can’t think of.” So said Scorpio director Mike Nichols in describing his process of making films. Now I’m conveying this idea to you just in time for the beginning of a phase I call “Eruptions from Your Unconscious.” In the coming weeks, you will be ripe to receive and make good use of messages from the depths of your psyche. At any other time, these simmering bits of brilliance might remain below the threshold of your awareness, but for the foreseeable future they’ll be bursting through and making themselves available to be plucked.

SAGITTARIUS (Nov. 22-Dec. 21): Author Barbara Ehrenreich has done extensive research on the annals of partying. She says modern historians are astounded by the prodigious amount of time that medieval Europeans spent having fun together. “People feasted, drank and danced for days on end,” she writes. Seventeenth-century Spaniards celebrated festivals five months of each year. In 16th-century France, peasants devoted an average of one day out of every four to “carnival revelry.” In accordance with current astrological omens, you Sagittarians are authorized to match those levels of conviviality in the coming weeks.

CAPRICORN (Dec. 22-Jan. 19): Kittens made French Emperor Napoleon III lose his composure. He shook and screamed around them. Butterflies scare actress Nicole Kidman. My friend Allie is frightened by photos of Donald Trump. As for me, I have an unnatural fear of watching reality TV. What about you, Capricorn? Are you susceptible to any odd anxieties or nervous fantasies that provoke agitation? If so, the coming weeks will be a perfect time to overcome them. Why? Because you’ll be host to an unprecedented slow-motion outbreak of courage that you can use to free yourself from long-standing worries.

AQUARIUS (Jan. 20-Feb. 18): “The brain is wider than the sky,” wrote Emily Dickinson. “The brain is deeper than the sea.” I hope you cultivate a vivid awareness of those truths in the coming days, Aquarius. In order to accomplish the improbable tasks you have ahead of you, you’ve got to unleash your imagination, allowing it to bloom to its full power so it can encompass vast expanses and delve down into hidden abysses. Try this visualization exercise: Picture yourself bigger than the planet Earth, holding it tenderly in your hands.

PISCES (Feb. 19-March 20): I got an email from a fan of Piscean singer Rihanna. He complained that my horoscopes rarely mention celebrities. “People love astrological predictions about big stars,” he wrote. “So what’s your problem? Are you too ‘cultured’ to give us what we the people really want? Get off your high horse and ‘lower’ yourself to writing about our heroes. You could start with the lovely, talented and very rich Rihanna.” I told Rihanna’s fan that my advice for mega-stars is sometimes different from what it is for average folks. For Piscean mega-stars like Rihanna, Justin Bieber, Ellen Page and Bryan Cranston, for example, the coming weeks will be a time to lay low, chill out and recharge. But non-famous Pisceans will have prime opportunities to boost their reputation, expand their reach and wield a stronger-than-usual influence in the domains they frequent.

ARIES (March 21-April 19): Psychologists say most people need a scapegoat — a personification of wickedness and ignorance onto which they can project the unacknowledged darkness in their own hearts. That’s the bad news. Here’s the good news: The coming weeks will be an excellent time for you to neutralize that reflex and at least partially divest yourself of the need for scapegoats. How? The first thing to do is identify your own darkness with courageous clarity. Get to know it better. Converse with it. Negotiate with it. The more conscientiously you deal with that shadowy stuff within you, the less likely you’ll be to demonize other people.

TAURUS (April 20-May 20): If the weather turns bad or your allies get sad or the news of the world grows even crazier, you will thrive. I’m not exaggerating or flattering you. It’s exactly when events threaten to demoralize you that you’ll have maximum power to redouble your fortitude and effectiveness. Developments that other people regard as daunting will trigger breakthroughs for you. Your allies’ confusion will mobilize you to manifest your unique visions of what it takes to live a good life.

GEMINI (May 21-June 20): “If at first you don’t succeed, destroy all evidence that you tried,” declared comedian Steven Wright. My Great Uncle Ned had a different perspective. “If at first you don’t succeed,” he told me, “redefine the meaning of success.” I’m not a fan of Wright’s advice, but Ned’s counsel has served me well. I recommend you try it out, Gemini. Here’s another bit of folk wisdom that might be helpful. Psychotherapist Dick Olney said that what a good therapist does is help her clients wake up from the delusion that they are the image they have of themselves.

CANCER (June 21-July 22): What is home? The poet Elizabeth Corn pondered that question. She then told her lover that home was “the stars on the tip of your tongue, the flowers sprouting from your mouth, the roots entwined in the gaps between your fingers, the ocean echoing inside of your ribcage.” I offer this as inspiration, Cancerian, since now is a perfect time to dream up your own poetic testimonial about home. What experiences make you love yourself best? What situations bring out your most natural exuberance? What influences feel like gifts and blessings? Those are all clues to the beloved riddle “What is home?”

LEO (July 23-Aug. 22): You’re most likely to thrive if you weave together a variety of styles and methods. The coming weeks will be a highly miscellaneous time, and you can’t afford to get stuck in any single persona or approach. As an example of how to proceed, I invite you to borrow from both the thoughtful wisdom of the ancient Greek poet Homer and the silly wisdom of the cartoon character Homer Simpson. First, the poet: “As we learn, we must be daily unlearning something which it has cost us no small labor and anxiety to acquire.” Now here’s Homer Simpson: “Every time I learn something new, it pushes out something old.”

VIRGO (Aug. 23-Sept. 22): Filmmakers often have test audiences evaluate their products before releasing them to the masses. If a lot of viewers express a particular critique, the filmmaker may make changes, even cutting out certain scenes or altering the ending. You might want to try a similar tack in the coming weeks, Virgo. Solicit feedback on the new projects and trends you’ve been working on — not just from anyone, of course, but rather from smart people who respect you. And be sure they’re not inclined to tell you only what you want to hear. Get yourself in the mood to treasure honesty and objectivity.

This article was originally published in Little Village issue 228.